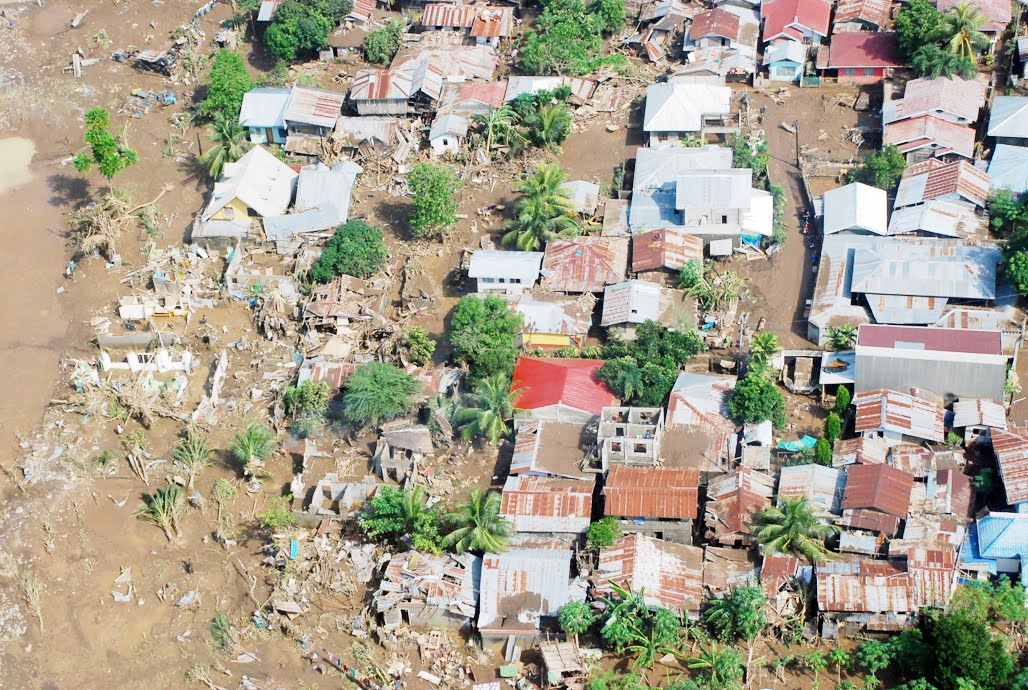 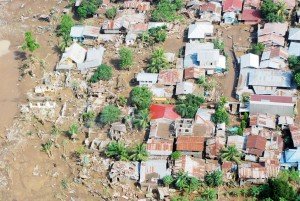 Over the past months since December 16-17 when Typhoon Sendong wrought widespread destruction throughout our city of Cagayan de Oro, the archdiocese is addressing three major concerns.

First among these are the ongoing relief and rehabilitation efforts for the evacuee families.  So far about 1,400 families have moved to transitory shelter sites.  Another 1,800 families are still staying in two public school buildings, several barangay covered courts, and two church halls.  International organizations like the International Office for Migrants, Plan International, Catholic Relief Services, etc have all pitched in to provide tents, bunkhouses, or locally made huts for the temporary shelter of families.  These kinds of shelter are designed to last for three to six months or even for more than a year.

Many civil society organizations, including churches, schools, and NGOs, continue to coordinate with the Department of Social Welfare and Development regional office in providing for the needs of the affected families.  Many of these families are starting to repair or rebuild their houses in areas that are not declared as no-return zones.  Periodic family visits for post-trauma counseling and medical monitoring are being done by various groups.  Parish priests and ministry workers of the archdiocese have also scheduled regular religious services and catechetical programs for Catholics, alongside activities of other denominations.

A second major concern of the archdiocese is the call from all quarters to henceforth protect from further degradation the watershed areas of the rivers that drain through the city.  These include in particular Cagayan de Oro River with its river basin area of more than 150,000 hectares that extend to the northwestern area of Bukidnon and a portion of Lanao del Sur.  The Cagayan de Oro River Basin Management Council, co-chaired by the Department of Environment and Natura Resources regional director and myself, formed four technical working groups involving government agencies, universities, NGOs and church communities to map out immediate as well as long-term plans to conserve the river’s resources.  The waters of Iponan River have also been described as perennially brown because of the uninterrupted hydraulic flush mining over the past decade that has scarred its riverbanks and caused the severe siltation of its riverbed.  The outlying barangays of Taglimao, Canitoan, Iponan, Bulua, and Barra have experienced the widespread overflow of this river.  Other tributaries affecting the barangays of Cugman and Agusan also need to be safeguarded. 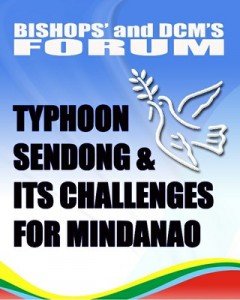 It is in this light that we support the implementation of a total logging ban and a moratorium of mining activities that disturb the topsoil.  There are reports that some of these mining activities in the hinterlands of Lumbia and Dansolihon parishes involve large-scale dynamiting and excavation of the soil, which are then loaded onto dump trucks to ports for shipping to another country.  Inevitably, the loose soil from the excavations is washed down the river.  Much of the sad experience of the flood survivors was not only coping with the sudden rise of water, but also with the admixture of thick mud and debris that added density and pressure against any object along their path.

Aerial photos of some of these mining sites indicate the irreversible damage to the environment already done by these extractive activities.  It is unconscionable for city officials to adopt a business-as-usual attitude for mining permits to continue.  At the very least, multi-sectoral monitoring teams should be allowed o verify on the ground the effects of these mining activities – whether small-scale or large-scale.  We have already experienced the disastrous effects of severe flooding on the city’s households in January 2009 and December 2011.  Invoking the precautionary principle, it is the mining firms that have the burden of proof in showing that their activities are not detrimental to the common good.  We likewise need a full disclosure of the identities of these mining firms, their allotted areas, and contribution to the local economy.

And this constitutes our third major concern for Good Governance – understood in terms of an active and participatory citizenry on the one hand and a responsive government on the other hand.  Transparency and accountability are hallmarks of good governance.  Questions from several quarters were raised about the lack of coordination among relief agencies, especially during the first few days after the calamity.  The preoccupation with political party affiliations restricted the offer of more assistance to the affected communities.  There are now reports that even the manifestations of civil dissent are stifled.

The Gising Barangay Movement pointed out the critical role of barangay and city officials as the first line of defense in extending assistance to the flood victims.  The complete listing of sitio residents could have facilitated the identification of affected families.  Disaster preparedness and long-term city planning could have mitigated the dire consequences of allowing households to stay along the river’s own waterways.  The ongoing tasks of identifying and developing relocation sites for permanent housing have to be done in an impartial and non-politicized manner.  These are issues raised today by concerned citizens.

The archdiocese itself as a church institution does not engage in partisan politics.  The pulpit should be used to proclaim the Word of God, and the words of men.  On the other hand, we appeal to both the authorities and all Cagayanons to allow the democratic process to prevail in the responsible exercise of the basic freedoms of speech, assembly, and participation in public affairs.

We encourage the Catholic laity, including our religious lay organizations, to form widening circles of discernment to discuss, pray over, and address together these pending issues that involve environmental justice and the common good as well as the sustainable development of our city.  Following the legacy of St Augustine, patron of the city and the archdiocese of Cagayan de Oro, the City of Man has to be built in consonance with the moral principles of the City of God.