Ecojesuit is happy to share the first part of the paper of Minister Hu Deping that Professor Frederick Dubee of the Beijing Genomics Institute presented at the Joint Consultation of the Pontifical Council for Justice and Peace and the Pontifical Academy of Sciences on Laudato si’ and the Path to COP22 at Casina Pio IV, Vatican City, 28 September 2016.

To provide a little perspective, let me start by confessing that I was born in November 1942 and have witnessed firsthand from a variety of vantage points the long and arduous march of the Chinese people from the enslavement of hunger, poverty, illiteracy toward, but still at an appreciable distance from, a society where all have access to the basics material and immaterial requirements for a decent life with wellbeing, dignity and opportunity.

Despite many difficulties and setbacks, the progress made by China in eradicating starvation and alleviating poverty is one of the great accomplishment of humanity and one that owes much not only to a grand vision and to the labours of the Chinese but to the selfless contributions of people and institutions from around the world.  Our ancient proverb states: “When you drink sweet water from the well, never forget those who have helped you build it.”  Let me assure you that the China has a long memory.

As a deeply involved and responsible citizen, as many others, I observed that China’s rapid growth was increasingly based on high energy consumption, excessive pollution, high emissions and low efficiency.  At that time, I and others urged government and business to focus on sustainable development.  The term “green locomotive was born and the task of “Building a green locomotive for China” had as it mission to pull the country into the global economy while sustainably enhancing the quality of life for all Chinese citizens and increasing China’s capacity to contribute to building a better world for all.

As all can appreciate, this shift in direction for a giant and fast moving entity is fraught with challenges, barriers and perils and demands time and care to effect.  It required total refocusing, embracing different sets of values and identifying new priority structures.  It necessitated building awareness and enhancing education.  It required the creation and adoption of new technologies.  And above all, it could only succeed with strong government leadership, policies as the buy-in, and commitment of the people.

As progress was being made against the goals of hunger eradication and poverty alleviation, Mr. Deng Xiaoping enhanced the ancient concept of “Xiaokang” – “a relatively well-off society for all” with the insight that this could only be achieved and maintained with due attention and care paid to nature and that development to be beneficial must be truly inclusive and truly sustainable.

Following this and the insistence that development must be people-centered, China understood the need to focus on the national long-term task of building a harmonious society and the understanding that to be truly and enduringly harmonious, the harmony must not only extend beyond the borders of China and include all peoples of the world but above all it must include harmony between human beings and nature.

My own father, Mr. Hu Yaobang, during his tenure as the leader of China stated, “In the past, in the mountains we only paid attention to investments in engineering or construction.  We paid no attention to biological investments with the result that the biological environment was destroyed. … We must as soon as possible turn Taihang Mountain the Yellow Dragon into a green dragon.”

More recently, Mr. Xi Jinping has given voice to the national vision which can be termed “China’s Dream:” it is the dream of a prosperous life style reconciled with a sustainable lifestyle.  To bridge the gap between the reality of today and this dream requires radical restructuring where the needs of people and nature are the fundamental concern and at the heart of all development where green technology is promoted and widespread conspicuous consumption is reduced.

Flowing from a shared understanding that “everything is closely related” and that “today’s problems call for a vision capable of taking into account every aspect of the global crisis.”  The basic concept encoded in Pope Francis’ term “integral ecology” is deeply imbedded in China’s direction and approaches as it has been ingrained in the deep culture and spirit of the Chinese people.

From the Chinese perspective, this is the context in which the world should receive and assess the teaching of the Encyclical Laudato si’ which Pope Francis underscored most forcefully days ago by describing our destruction of the environment as a sin that is turning our planet into a “polluted wasteland full of debris, desolation and filth.”

These strong words and powerful description ring true in China where we understand that what the Pope is talking about is not some distant future.  The impacts of environmental degradation, climate change, the destruction of ecosystems and biodiversity loss are becoming clearly evident to all.  And that even in the short-term, the less privileged members of society, the poor, are the most cruelly affected.

As around the globe and in China, it is becoming clear, as Pope Francis preached in words and example, that the resolve to live differently should affect our various contributions to shaping the culture and society in which we live.

We understand that political, social, scientific, academic and business leaders must stop thinking of short-term gains and work for the common good.  And as we know, in China as in the rest of the world, this conversion is neither easy nor fast, but a process that demands the involvement of all.

As we explore the long march since the dawn of the new China in 1949, the Millennium Development Goals (MDGs) agreed to in 2000 and measured through 2015 provided China with a most objective and useful moment of critical assessment and deep reflection, leading to the development not only of new objectives and approaches but also to marshaling the resources, the will and the commitment to move significantly forward.

In its report on China and the MDGs, the UN Development Programme (UNDP) concluded that China has made notable progress in many areas such as eliminating poverty and hunger, achieving universal primary education, ensuring healthcare for women and children, controlling and preventing diseases, and protecting the environment.

The UNDP report turned a spotlight on five outcome areas:

As a general comment on the environmental targets, the report stated: “From 2000, China fully included the principle of sustainable development into the national economy and social development planning and, as a result, the general situation of the ecological system has taken a turn for the better, while the trend of continuous environmental degradation has been taken under control preliminarily.”

One target, 7B (Reduce biodiversity loss, achieving, by 2010, a significant reduction in the rate of loss), was not met and four key causes and challenges were identified:

While the progress achieved by the peoples of the world and the Chinese people as measured by the MDGs gave cause for celebration, above all it not only imposed on all of us the imperative of setting new and more daunting goals, it also showed that as human beings we had both the moral obligation and the moral fiber to build a radically better world for all.

Looking forward to 2030, in 2015 in harmony with the Sustainable Development Goals (SDGs), China set the following strategic direction:

China views the implementation of the 2030 Agenda as a systemic project which will demand the proactive involvement and open collaboration of all stakeholders.

Stakeholders, for example the scientific or academic communities, that were to some extent left out of the MDGs process must be included.  The private sector made admirable contributions to progress on the MDGs must be called on to bring its capacities and creativity to help address heretofore intractable challenges.  And non-governmental organizations must extend their outreach to include and empower the legions of children, women, and men who want to contribute to building the world that they want for themselves and for all. 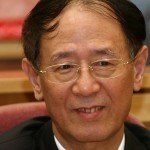 Hu Deping is the Chairman of the China Biodiversity Conservation and Green Development Foundation and was the former Vice Minister of the United Front Work Department of the Central Committee CPC, a former member of the standing committee of 10th session of the National People’s Congress (NPC), Member of the standing committee of the 11th session of the Chinese People’s Political Consultative Conference, Member of the NPC Internal and Judicial Affairs Committee, and Vice Chairman of the All-China Federation of Industry and Commerce.