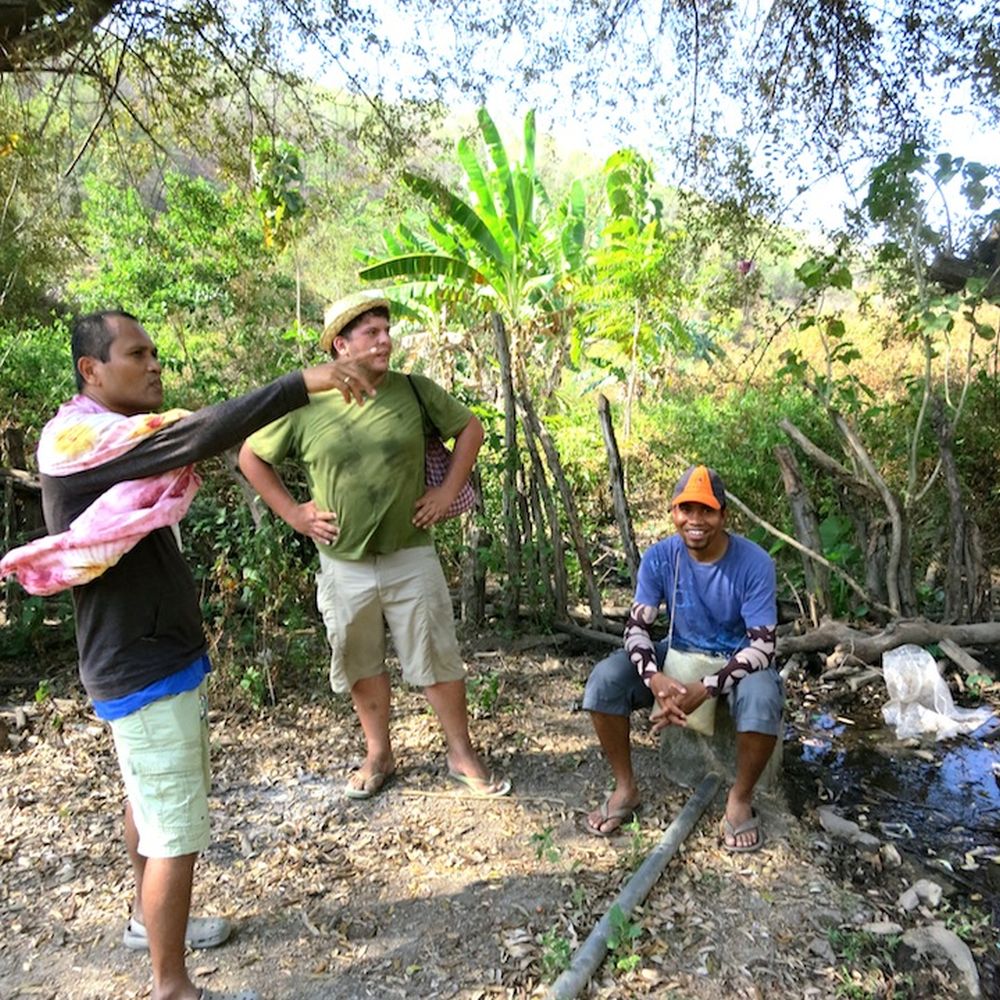 Water scarcity is a phenomenon in Timor Leste. Thus, communities face the challenge of optimizing the management of a scarce resource. Scarcity is evident in the lack of accessible clean water, with 45% of the rural population reportedly with no access to improved water source (Nixon, 2013).

Two important technical characteristics partly explain the scarcity. First is the relatively longer dry season than the wet season, and the predominantly karst rock landscape which is porous and thus have low water holding capacity, according to the Timor-Leste Institute for Development and Monitoring Analysis . Where infrastructure for clean water system is established, its functionality a year after construction ranges from 10-70% (from Water Aid, citing Hamel, 2009). Existing management models recommend that communities take the responsibility for the operation and management of water systems. Without a functioning water user group, community management is highly likely to fail, eventually causing water supply systems to fail (WaterAid, citing AusAid 2009).

Suco Ulmera (of the subdistrict Bazartete and Liquiçá district, situated on the northern coast) is one of many areas where water system projects were established at various times in the country’s history. However, access to clean water is still a problem especially along the highway and coastal households.

The Jesuit Social Services, a newly established organization that coordinates the work of the Jesuits in Timor Leste and is a natural successor of Jesuit Refugee Service established in the country in 2006, undertook an initial inventory to understand the current access to water by communities in Timor Leste in general, and in Suco Ulmera in particular.

To generate the assessment, key informants were interviewed, water sources were visited with a walkthrough to the different infrastructure, photo documentation, and mapping. Pedro Walpole also joined staff of Jesuit Social Services in the field visits, providing inputs in water management and the organization’s work in general.

Using the JMP characterization of access to safe drinking water, settlements of Ulmera in the flood plains (Fatogalana, Neran) and the coast (Kasait, Besite, Lanumate) have excellent access to water through public taps. The inventory revealed the presence of three massive infrastructure investments for households to have an improved drinking source. A fourth source, electrically-pumped groundwater, also provides water to a sub-unit households in Kasait. The findings further reveal that households in the coastal settlements have limited access to drinking water and that the water system has improved infrastructure, but water quality is not secured and infrastructure poorly maintained.

These two findings relate to governance concerns, which is weak or absent. Communities are expected to have local committees managing the system, but these are non-existent. As a result, no one takes responsibility for repairs and maintenance. Stray animals freely move around the water source. There are leaks and uncontrolled tapping that lowers the water pressure and volume. From the source itself, the water quality that enters the catchment and intake boxes is extremely poor. Given the scarcity of water, any trace of water is attractive to animals. As such, people and animals share the water source and there is no segregation, and animal waste is a common sight. In other areas in Timor Leste, water sources are well-fenced.

The Ulmera systems also revealed two approaches with two different results. One system solicits community counterpart through labor while the other system contracts a private firm, who then hire local people as paid laborers. The first system is still functioning, although governance concerns still remain. The second system was unfinished due to a shortage of budget.

The upland communities of Ulmera have limited access to improved water. In the settlement of Fatobesilolo, traces of government attempts to provide improved access are still recognizable. There is the intake box and the reservoir constructed down the ridge designed to pump water up the hill using a generator. The design failed to consider the available volume of water that can be pumped in a given time such that no water at all reached the ridge. Other communities have the same situation where people, mostly children and women, fetch their water down the hill.

Mr. Bruno is a research associate of the Environmental Science for Social Change, a Jesuit environmental institute based in the Philippines. In July to September 2013, he served as intern at the Jesuit Social Services-Timor Leste for his studies at the UN-mandated University for Peace. This article is an excerpt from his final internship report.

One thought on “A culture of management: Securing access to safe drinking water in Timor Leste”