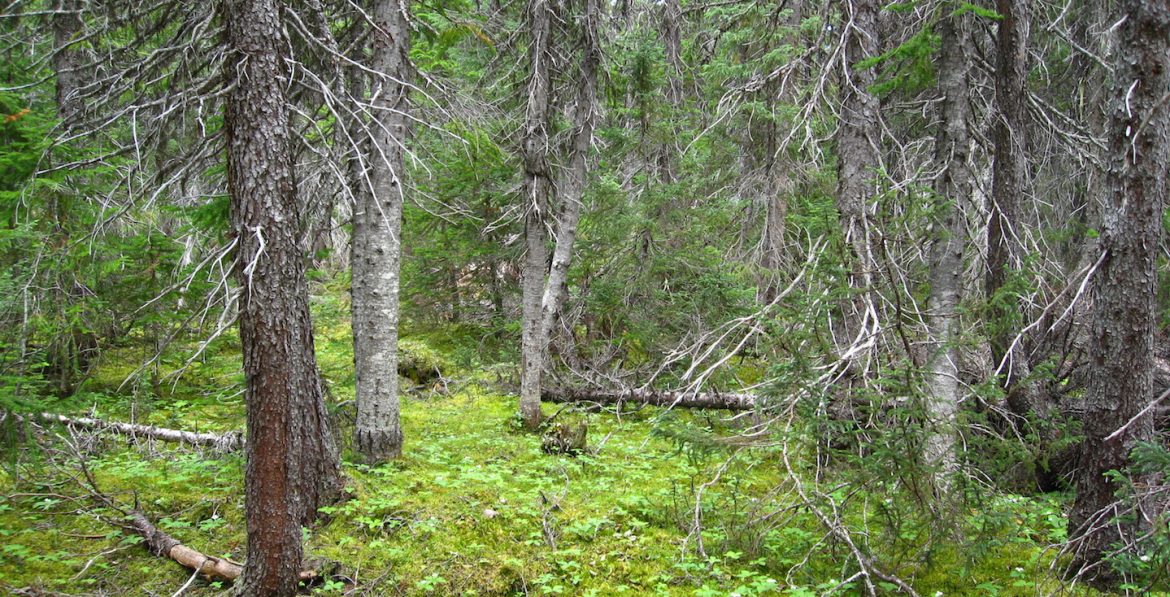 What does integral ecology look like in the circumpolar boreal biome? This question is rarely, if ever, asked and the answers to this are by no means apparent.

Spanning the circumpolar regions of the world is one of the largest biomes on planet Earth – the boreal forest region. Holding about 30% of the global forest area (Brandt et al. 2013), this vast region stretches the length of the immense Russian taiga, across Fennoscandia, from sea to sea throughout Canada and into the Alaskan boreal forests. Dark green coniferous forests of pine, spruce, fir, and larch mix with the lighter-green deciduous forests of birch, aspen, and poplar.

The Amazon Synod initiated a paradigmatic shift in Catholic social thought. The Synod proved to be the first occasion where the universal Church focused its prayer and reflection on an ecological biome. As Pope Francis noted, “… we believers encounter in the Amazon region a theological locus, a space where God himself reveals himself and summons his sons and daughters” (Querida Amazonia #57). Biomes are theological loci.

Boreal forests are essential to the ecological, cultural, economic, and spiritual life of many people (Gauthier et al. 2015). Rich in water with countless lakes and rivers and vast wetlands, the boreal region holds more fresh water than any other global biome (Schindler 1998). Canada’s boreal zone contains 25 percent of the world’s wetlands and more surface water than any other continental-scale landscape (Wells et al. 2020).

This contrasts with the world’s tropical forests that, despite accounting for up to half of the global carbon sink in forests, may actually be carbon neutral (Mitchard 2018) or even a mild carbon source given their current rate of deforestation and degradation (Baccini et al. 2017).

Low human population density and relatively low human impacts translate into a biome characterized by a high level of ecological integrity. In North America alone, the boreal forest is considered up to 80 percent intact with minimal human disturbance (Wells et al. 2020). As the source of 33 percent of the lumber and 25 percent of the paper on the world’s export market, boreal forests support the economies and development of many northern communities (Burton et al. 2010).

Despite the critical and valuable role that boreal forests play in the lives of countless people, the future fate of boreal forests has not assumed global attention (Moen et al. 2014). Public concern for the future of the boreal region is seldom noticed or considered. Several reasons may contribute to this.

First, the boreal region has a low population density, is geographically remote, is located far from the centres of political power, and remains cold or frozen for a significant part of the year. It does not figure highly on policy or political agendas. Second, it may be assumed that since boreal forests lie within countries that have a long history of forest management with well-developed political and legislative oversight, there should be little reason for concern. Third, since the boreal region is considered to have the greatest intactness of the globe’s biomes, and is so vast and remote, it is assumed that industrial exploitation and use by humans will always be at a minimum and of little overall consequence.

Despite this lack of concern on a global level, national-level concerns are growing. This is particularly so in Canada, where the challenges of boreal forest conservation, industrial exploitation, and the need to establish right relations with Indigenous Peoples continue to grow.

Ever since the 1999 Canadian senate report entitled Competing Realities: The Boreal Forest at Risk, concerns about the future of the boreal region are increasing (Brandt et al. 2013; Canadian Boreal Initiative 2005; National Round Table on the Environment and the Economy 2005; Schneider 2002). Forestry, mining, oil and gas extraction, hydro-electric projects, and other industrial developments and their associated infrastructure are expanding throughout the boreal region (Brandt et al. 2013).

In response, many national and global non-governmental organizations initiated boreal forest conservation campaigns. Of particular significance in Canada is the growing indigenous conservation movement. Many indigenous communities across Canada initiated processes leading to the identification and governance of indigenous conservation and protected areas. This growing initiative across the country inspired hope and confidence as communities recognize the protection of lands as key to the process of national healing and reconciliation (Moola & Roth 2019; Tran et al. 2019; Zurba et al. 2019).

The Catholic Church is absent from issues related to boreal forests. However, the recent ecclesial focus on the theological significance of ecological biomes could change all that.

The Amazon Synod sponsored by the Holy See in 2019 offered the first instance of the universal Church seeking the ways of God in and through a particular biome. The opening line of Querida Amazonia is instructive: The beloved Amazon region stands before the world in all its splendour, its drama and its mystery (Querida Amazonia #1).

Maybe it is time for the Church to focus on the “beloved boreal” as a place of Trinitarian encounter and a pathway to community and reconciliation.

National Round Table on the Environment and the Economy. 2005. Boreal Futures: Goverance, Conservation and Development in Canada’s Boreal. Renouf Publishing Co. Ltd., Ottawa.

John McCarthy SJ is a scientist and ecologist and has interest “in everything to do with faith, ecology, and science, also scientific research” and “always fascinated by nature, spending much of his time outdoors.” His first degree is in forest tree biology and he did his masters in soil science and doctorate in boreal forest ecology. Fr John works on the taxonomy and biodiversity of lichens in Newfoundland and Labrador in Canada, and in 2016, a species of lichen was named after him, Acarospora maccarthyi K. Knudsen & Kocourk. He is also the author of two popular books on faith and science, Do Monkeys Go to Heaven? in 2014 and Do Monkeys Go to Heaven? 2.0 in 2017. Fr John serves as ecology coordinator of the Jésuites du Canada/Jesuits of Canada Province and is part of the Justice Reconciliation and Ecology Commission, helping encourage the Province to integrate ecology in their ways of proceeding at both community and apostolic levels and welcoming the call of Laudato Si’ and the Universal Apostolic Preferences.