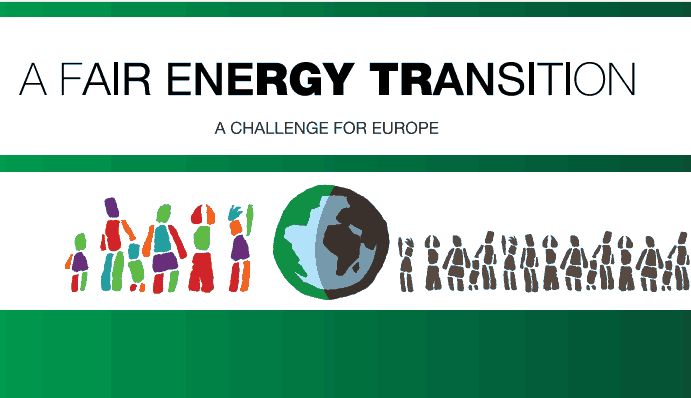 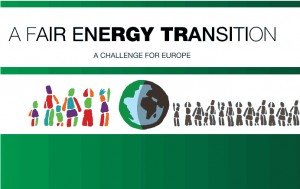 The energy transition is an urgent need because of the depletion of fossil fuels, the response to climate change, and to ensure the energy independence of our societies. It can also be an opportunity to promote a new model of social justice.

From 10 to 12 September, the conference A fair energy transition: A challenge for Europe was held in Paris and organized by Recherche et Action Sociales or CERAS, a centre of social analysis run by the Jesuits in France and the editor of the well-known journal, Revue Projet. Before going further into the details of the conference, it would be helpful to highlight the importance and the timeliness of this topic.

Its importance is underlined by the need for alternative energy sources, as fossil fuels are limited and the assumption of a peak oil event is the clearest example. The perspective of these physically limited resources is even more dramatic in the face of growing consumption of emerging economies, which can only mean a faster exhaustion. The logic behind the access to fossil fuels as sources of energy is to move from areas that are more easily accessible to more difficult areas such as deep waters and the polar regions, or those requiring more complex technology such as fracking. In any case, the path heads towards the unavoidable direction of scarcity of resources and higher prices.

Another aspect that reinforces the importance of the chosen theme is the relation with climate change. Only the containment of the rising global temperatures below 2 decrees Celsius will allow a sustainable future, thus it is essential to reduce the emissions of greenhouse gases into the atmosphere, especially CO2. The emissions from energy production and transport account for more than half of the total emissions. If greenhouse gas reduction targets are to be achieved, the contribution of renewable energy is crucial. Only a new energy mix, in which renewables play an important role, may have a significant impact on reducing emissions.

The last feature of the importance of the energy issue is that it is critical for Europe’s competitiveness at a time of weak growth to have cheaper sources of energy. This would undoubtedly be an important argument for energy alternatives that come from fossil sources.

In terms of opportunity, the present conflict in Ukraine with the escalating sanctions and countermeasures between the European Union (EU) and Russia shows the timely discussion on the energy transition.

In order to move decisively towards greater energy self-sufficiency, we need to decide on new models of generation, distribution, and consumption of energy other than the currents. The present dependence of Europe on foreign oil and gas is a real threat to our living standards and economic activity.

It must be noted that the conference had previous activities that also should be noted. During the preceding months, CERAS organized an intense activity through different working groups. Energy companies, trade unions, and civil society were invited to share their views and to contribute to the preparations of the conference contents. We highlight the efforts of the organizers in offering an encounter of experts and researchers in such a highly technical topic and in emphasizing the social implications, the social justice, involved in a transition such as this. During the Conference these social implications were very present and in each plenary session or workshop, representatives from civil society ensured that this perspective is held and integrated in the discussions.

More than 200 people joined and over 50 experts from the academia, researchers, business, government, and civil society intervened in plenary sessions and workshops. The first analysis focused on the inequalities that emerge from energy consumption (difficulties of access to transport, the energy poverty) or are enhanced by energy issues (biofuels versus food production).

The second refers to the major challenges identified by CERAS: our patterns of consumption, the concept of democracy and the need to keep all these changes into a framework where social justice plays a determinant role, especially in sensitive areas such as employment, taxation, or regulation of energy markets.

The third big focus of the conference was the European perspective, divided mainly into three major aspects: the finances of the energy transition, the need to grant universal access, and the European interdependence in energy.

There is a different approach towards the energy production among the European member states: the nuclear option in France, the support to coal by Poland or Britain’s oil reserves, also linked to the historical fact of having (or not having) such natural resources. But we cannot forget the present EU commitment towards more clean and renewable sources of energy in order to move forward, and the demand for a more integrated grid of electricity supply in the continent.

As pointed out during the conference, the energy transition only makes sense in the context of Europe as a space of integration and also in terms of energy. Due to the amount of needed investments for this transition, the energy should contribute to the integration of our economies and societies.

Again, the discussion showed that issues of justice in Europe cannot be solved merely from a technical perspective. It also showed that promoting a more just society requires an integrated contribution from all stakeholders. And the energy issue is a clear example.