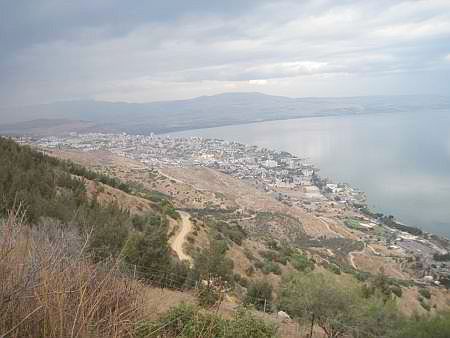 A forest on the shores of Lake Tiberias (Sea of Galilee) in northern Israel will remember Cardinal Carlo Maria Martini, an Italian Jesuit, and his commitment to dialogue with the Jewish world.

The idea was launched by Rabbi Giuseppe Laras, Chief Rabbi of Milan at the time in which the cardinal was archbishop of Milan, and has been taken up by three organizations in Italy: Keren Kayemeth LeIsrael Italia, an association which is responsible for the reforestation and environmental development of Israel; the Centro Culturale e Galleria San Fedele, a Jesuit foundation in Milan; and The Maimonides Foundation, an organization founded to raise awareness of Judaism.

“In Israel, forests are already entitled to Catholic popes like John XXIII, Pope John Paul II and Benedict XVI,” says Vittorio Robiati Bendaud, assistant to Rabbi Laras.  “No one however bears the name and memory of a cardinal.  The forest named after Carlo Maria Martini is, besides, the first that was founded by a Jew.  All the others were the result of collaboration between Jews and Catholics.”

Rabbi Laras wanted to remember the cardinal, who died on 31 August 2012, and his dedication to Jewish-Christian dialogue.  It was the Bible who gave him inspiration.  Psalm 1 says “Blessed is the man […] who delights in the law of the Lord […].  He is like a tree planted on the banks of a stream of water, that yields its fruit in its season, whose leaf shall not fall.”  “Rabbi Laras therefore thought about a forest to remember a man who loved the Jews and the Holy Scriptures,” adds Robiati Bendaud.

Keren Kayemeth LeIsrael, the Jewish National Fund, accepted to coordinate the forestation.  “The forest will consist not only of conifers as a tradition, but also fruit trees,” explains Silvio Samaia Tedeschi, president of KKL Italy.  To get a forest that deserves this name, at least 5,000 trees are needed.  Tedeschi seeks to attract private people, organizations. parishes, dioceses, Jewish communities, local authorities to donate trees.  “All together, we could make an exemplary work to keep alive the memory of the cardinal.  In the end, according to the Jewish tradition, the tree is the quintessential symbol of life.”

For more information on this initiative, please visit KKL .  This article was pubished in the Jesuit review Popoli  and shortened for Ecojesuit.  The original version can be accessed in Popoli.