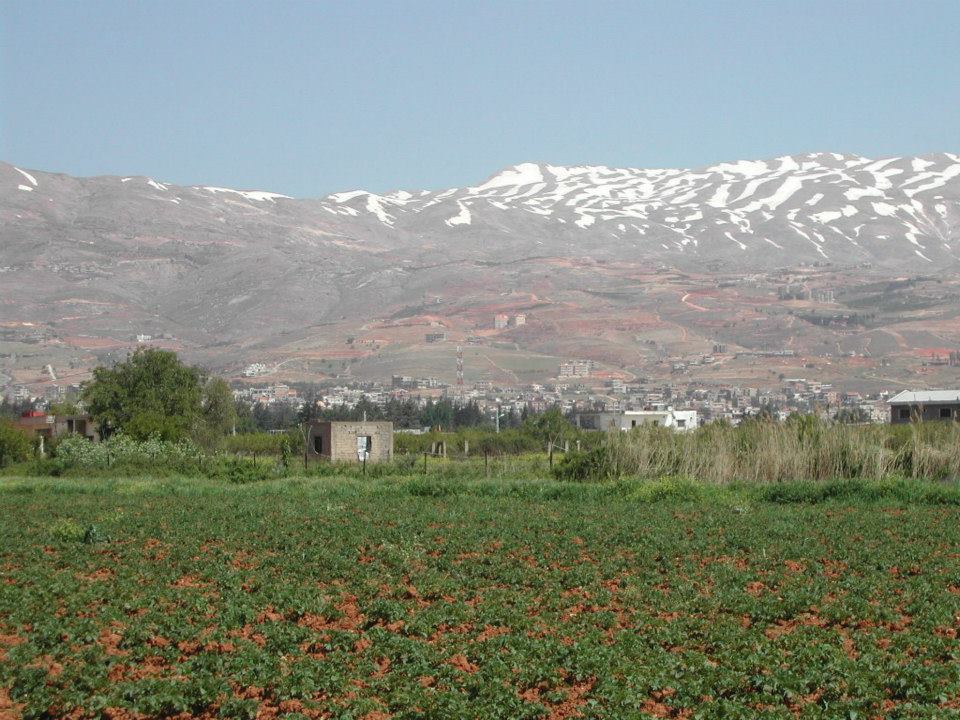 As you wind down Mount Lebanon towards Chtaura, the Bekaa valley unveils. The heterogeneous pattern of fertile fields and anarchic urbanisation is a reminder that Lebanon inherits its identity as much from millennial traditions as from the development dynamics of past decades.

Very few trees break the monotony of this over exploited land. Many different factors have to be taken into account to explain this bleakness: the 19th century Ottoman Empire’s agricultural policy, the dire need of wood during World War I, the Syrian occupation at the end of the 20th century. But as you continue your way towards Anjar and the Syrian border, a sudden burst of vegetation breaks the cycle of buildings and poor-looking agricultural lands.

The Tanaïl domain, with its lake, trees and diverse agricultural production, is not your average Bekaa farm. Its sheer size (at 220 hectares, a rarity in Lebanon’s agricultural sector) puts it in another league. But the real oddity is to be found within Tanaïl’s past, present, and future development objectives.

After the brutal murder of five members of the Society of Jesus in June 1860, and thanks to the French empire’s strong support, the congregation obtained redress through the gift of over 200 hectares (two million square meters) of swamps. In the 1870s, and thanks to brother Louis Gemayel’s relentless work, the piece of land is shaped to become the domain it is today – where there is a river bed and dozens of canals dug to manage winter’s excessive water falls, where there are trees planted to strengthen the soil structure, and where the first agricultural and spiritual buildings were constructed.

It is the beginning of a long adventure, where agriculture, spirituality, and social innovation work together to accomplish the congregation’s apostolic objectives. For almost 150 years, and despite wars and tensions, the land thrived and drove the region towards better practices.

From the construction of an orphanage to the import of one of the country’s first petrol-powered threshing machines in the 19th century, to the devotion to the Virgin Mary of the Consolation and the management of a dispensary through the civil war of the 1980s, the Tanaïl domain is truly a unique model of development in the country.

The challenge of managing a temporal good

The Society of Jesus’ apostolic mission on the domain could only be attained through the help granted to its staff and the people in the region. In 2000, the daily management of the farm became too much of a burden for the Jesuits to accomplish their spiritual objectives. By 2009, a solution was found to re-launch the economic activities while ensuring that the imperatives of sustainable development are respected.

arcenciel, a Lebanese NGO working on sustainable development practices and with strong ties with the congregation, was appointed to restructure the domain. In less than two years, the domain is profitable again and sustains the diverse social activities in the region while ensuring sufficient investments on the farm. arcenciel’s management, under the close watch of the Society, is a good example of entrepreneurship serving social causes.

The different activities (vegetable, animal and dairy production, tourism) are independently managed for efficiency, the means of productions are modernized, and each staff is eligible to bonus and grants depending on the person’s needs, performance, and projects.

Regardless of the political and security troubles in the region, the domain welcomes over 80,000 visitors each year. It is profitable again and sustains the Society’s and arcenciel’s social activities towards persons with difficulties. With a dozen new pilot projects being implemented, the Tanaïl domain aims at becoming a model for the region again.

Looking at the future

The troubled political horizon in Lebanon is not one that allows reliance on government planning. To face this issue, and throughout its 28 years of experience, arcenciel has developed a methodology relying on community-based work, institutionalisation of services, and creation of public policies. It has given birth to a set of laws on social security and management of hazardous waste, and intends to respond to the challenges of Lebanon’s social and environmental problems.

The Tanaïl domain is an open sky laboratory for innovative answers to the region’s needs, and shelters a dozen pilot projects to explore issues in sustainable agriculture. Once the projects are economically sustainable, they can potentially be replicated.

One of the most advanced projects is the construction of a bio-pesticide production unit. Relying on a natural process where proteins are synthesised by a soil-borne bacteria and some of the most advanced industrial techniques, it intends to develop environmentally sound and locally produced plant protection solutions for Lebanese farmers.

All of these success stories in the making are integrated in the ecotourism activities of the domain. As the visitors enjoy a walk in the shade of the elms and ashes, their awareness regarding environmental issues is raised. And as they leave the site, passing by the ecumenical image of the Holy Virgin, they go back home with more than just a pleasant afternoon in mind.

It truly is a heart-warming site, and one can hope for the domain to prosper for another 150 years and continue to contribute to the changes much needed in the region.