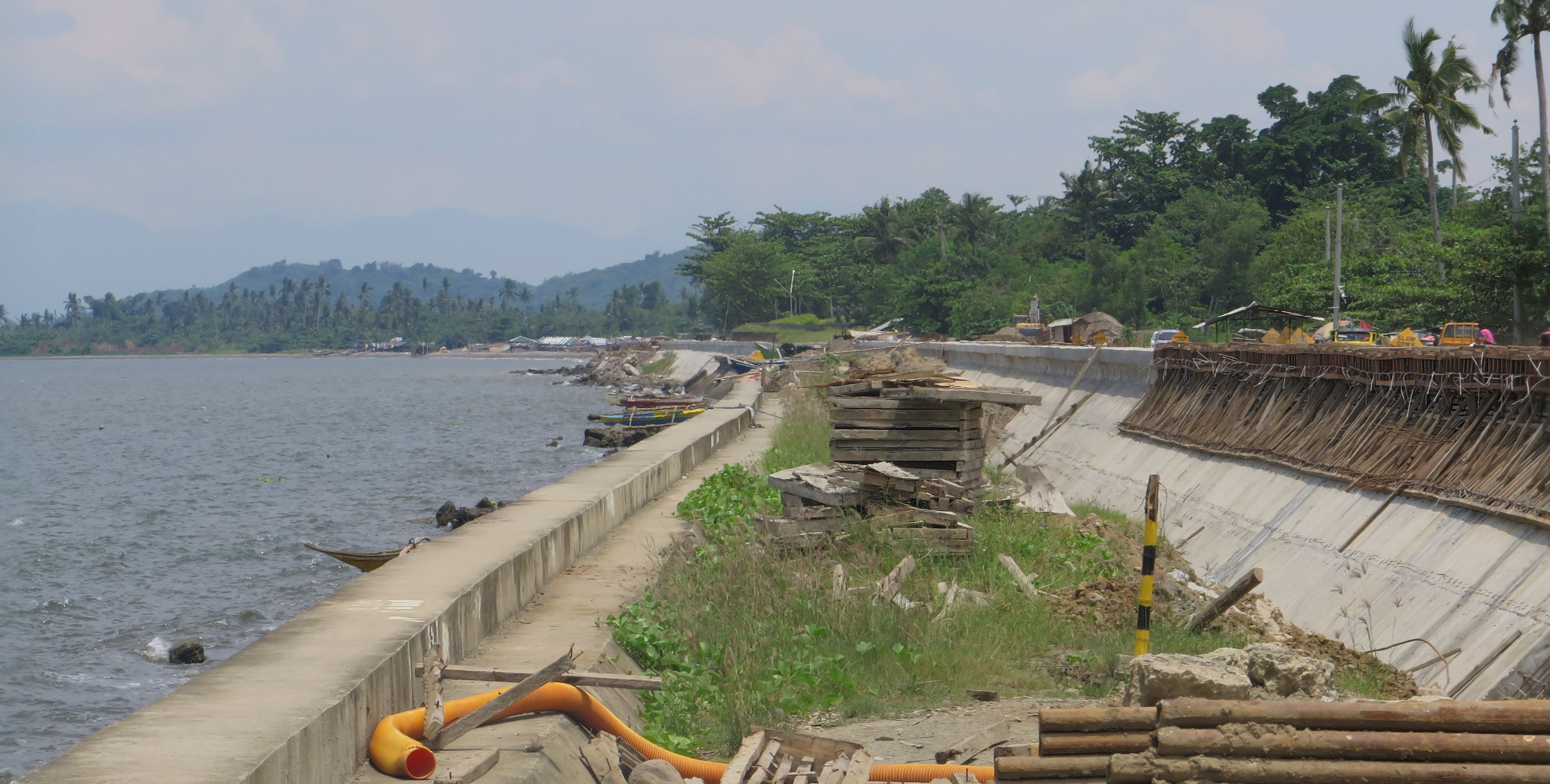 Divestment and re-investment is one of the key strategies in approaching the sustained use of fossil fuels.  Meanwhile, significant green energy sources are emerging and decisions being made at the domestic level.  The law too is exploring ways to understand the impacts of climate change on people and what accountability can be justifiably established.

The Commission on Human Rights (CHR) of the Philippines launched the world’s first National Inquiry on Climate Change (NICC), exploring the examination of climate change impact on the Filipino people from a scientific lens to include a more human rights view.

This is in response to a petition filed by various civil society groups and individuals (that include farmers and fisherfolk, post-typhoon disaster survivors, scientists, and leaders of peoples’ organizations, among others) in the Philippines requesting CHR to investigate and determine the responsibility of the “Carbon Majors” (the collective name for the 48 top-oil producing companies in the world) for “human rights violations or threat of violations resulting from the impact of climate change.”

In order for the CHR to determine whether or not they can act on the petition, several amicus curiae (friend of the court) were invited to provide their expertise to aid in the inquiry: the Center for International Environmental Law (CIEL), Client Earth, Environmental Law Alliance Worldwide, Our Children’s Trust, Plan B, and the Sabin Center for Climate Change Law-Columbia Law School.  The amici curiae developed a joint summary providing:

1. The legal basis for the inquiry whether or not the CHR can inquire on the said petition
2. How climate change impacts and human rights are linked, and
3. Who can cause these impacts

What is interesting in this approach of  is the records of oil companies themselves from the late ‘50s to the early ‘70s illustrate the awareness and sense of responsibility before it was overtaken by corporate coverup.

This petition and the CHR conducting an inquiry on the petition are novel in the international scene because it is the first legal development in linking climate change impacts caused by entities outside a country’s territory and human rights violations to the country’s citizens.

Previous international rulings such as those by the Inter-American Court of Human Rights (Corte Interamericana de Derechos Humanos) in Costa Rica provide a foundation for the inquiry, but dealt mainly with environmental harm rather than climate change.

Furthermore, there were documents shared in the ongoing NICC public hearings that showed the knowledge of the Carbon Majors on the substantial contribution to climate change of the production and use of their products.  The principle of the polluter pays is understood to be applicable in this context.

The key findings and inputs of the Joint Summary of the Amicus Curiae Briefs to the Commission of Human Rights of the Philippines are provided below.

1. Legal basis for the investigation

One of the key issues that emerged as a result of the petition was whether or not the investigation petitioned for was within the scope of its authority.  This issue was resolved by establishing that there are national and international laws that actually enable the CHR to conduct the investigation.  One of the main bases is the Constitutional mandate of the CHR to investigate civil and political rights, provide legal measures for the protection of human rights of Filipinos within and outside of the Philippines, and recommend Congress to take measures to promote human rights.  Hence, the subject of the petition was stated by the amici curiae as well within the scope of the authority of the CHR.

Another issue that was addressed was jurisdiction, as the subject of the investigation and the responsibility to be determined was that of several companies whose headquarters were outside of the Philippines.  The amici curiae established that there is no question of jurisdiction because the CHR was conducting an investigation and not an adjudicative proceeding, and there is no determination of guilt or innocence.

Furthermore, the amici curiaestated that even if jurisdiction is involved, the state may exercise jurisdiction over entities in its territory or abroad based on international law principles such as the effects doctrine and no harm principle, as long as there is a clear “connecting factor” or “nexus” between that state and the entity, which in this case is the alleged impacts of climate change on human rights.  Hence, the possible investigation of the CHR is not a usurpation or encroachment of the authority and jurisdiction of the home state of the Carbon Majors.

2. The link of climate change and human rights

The amici curiaeestablished the link using several rights recognized by the United Nations in the Universal Declaration of Human Rights such as the right to life, right to health, the right to clean water and sanitation, right to food, right to adequate housing, right to self-determination and development, and the right to equality and non-discrimination and how they are affected by climate change.  There are also the Guiding Principles on Business and Human Rights: Implementing the United Nations “Protect, Respect and Remedy” Framework that “seek to provide an authoritative global standard for preventing and addressing the risk of adverse human rights impacts linked to business activity.”

3. Who can cause these impacts?

The impacts of climate change and who are causing are established by referring to published scientific studies that are critical parts of the ongoing inquiry process and discussions. Impacts of a climate change such as increase in temperatures, sea level rise, and weather-based disasters such as storms and drought, are attributable to planetary warming above pre-industrial levels.  The activities of the carbon majors materially contributed to the planetary warming, providing a basis for determining the responsibility of the carbon majors for the said impacts.  The Center for International Environmental Law, one of the amici curiae, shares their investigation of the oil industry and tells “a story about how the world’s most powerful industry used science, communications, and consumer psychology to shape the public debate over climate change…and block action on the most important challenge of our time.”

Pedro Walpole SJ, Ecojesuit Coordinator and Research Director of the Environmental Science for Social Change (ESSC), a Jesuit research and training organization in the Philippines, serves as a technical adviser to the Commission.

CHR Commissioner Roberto Cadiz, who is leading the national inquiry, shared that this challenge that the Commission accepted hopes to contribute to a meaningful dialogue process that is open to the carbon majors and other stakeholders.  As the inquiry is not judicial in nature, it still is a critical venue for establishing initial recommendations and sharing the findings that can lay the basis for accountability, and strengthening at the same time the promotion and protection of human rights, especially those of the poor and vulnerable.