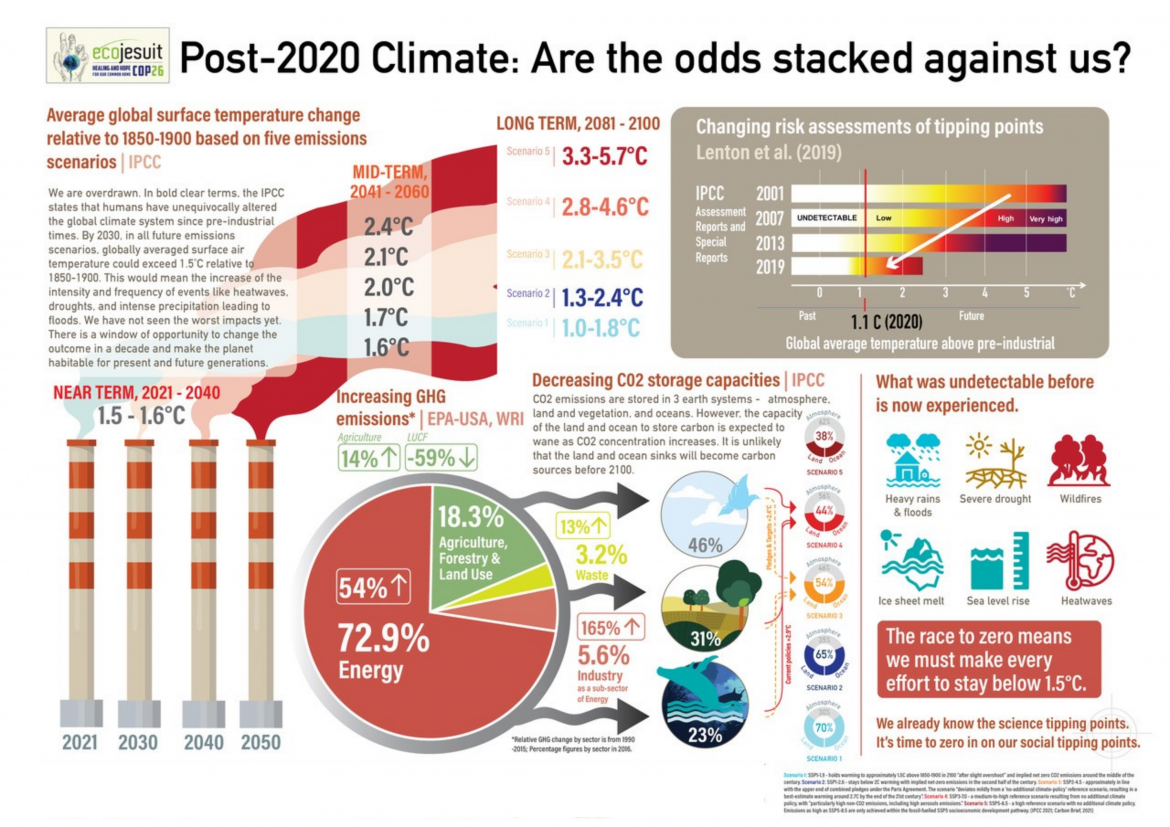 What more is needed to move humanity to action and stop the warming? The climate tipping points are known while social tipping points provide some optimism that may trigger the changes needed.

Calls for urgent action for a warming planet at the UN and its various related bodies have been made for several decades now. UN Secretary-General António Guterres, during the launch of the State of the Global Climate 2020 report by the World Meteorological Organization, said that the world is on “the verge of the abyss” of a catastrophic climate crisis.

When the Intergovernmental Panel on Climate Change (IPCC) released the first part of the Sixth Assessment Report (AR6), Climate Change 2021: The Physical Science Basis, there is little new in this latest IPCC report for those who have been engaged, only greater sorrow. More than 200 scientists around the world shared the latest findings of the climate crisis, confirming with increasing likelihood and confidence levels that humanity is causing the problem of a warming planet. The main message is that we are not acting, the world is not even listening with a critical mind-frame.

In a recent interview with UN News, before the 76th session of the UN General Assembly started, Secretary-General Guterres lamented that while the scientific community has urged actions to drastically reduce emissions, “countries are not cooperating among themselves… (W)e need a strengthened multilateralism, it’s clear that only by cooperating can we solve the problems. But the institutions we have, have no teeth. And sometimes, even when they have teeth, like in the case of the Security Council, they have not much appetite to bite.”

And during the Informal Climate Leaders Roundtable on Climate Action that took place behind closed doors as the 76th Session of the UN General Assembly was underway, Guterres also warned that COP26 runs a high risk of failure if UN member states will not deliver on these three fronts:

Pope Francis, addressing the meeting Faith and Science: Towards COP26 that brought together scientists and religious leaders from all over the world, offered three concepts to guide the meeting’s reflection for a deepened dialogue to contribute to the COP26 aspirations: openness to interdependence and sharing, the dynamism of love, and the call to respect.

And adding to these are the persistent and numerous voices from civil society, the youth, students and faculty in colleges and universities, environment and social groups, indigenous voices, faith-based organizations, the private sector, among many others, that have not diminished.

These stern and dire warnings and the repeated calls for urgent action are desperately trying to find the ears and hearts that would listen and care.

The IPCC AR6 states clearly that to attain the 1.5°C absolute limit in average global temperature, a 45% cut in emissions is needed. However, recent figures in the updated Nationally Determined Contributions (NDCs) Synthesis Report indicates a trajectory headed towards a 2.7°C future by 2100 and a 16% increase in emissions just within this decade.

This emission scenario, without greater ambition from all 192 parties especially the G20 nations, will mean a less than 1% chance of reaching the 1.5ºC goal by the end of the century. How can the gap be closed between a 2.7°C and a 1.5°C future and emission scenarios reversed?

Linked with global warming levels, these narratives offer several pathways to a life of well-being at best or at the other end, a life of engineered efficiency.

These are the socio-economic constructs by which existing climate-related policies are assessed and by which new ones are made. These constructs, difficult to render in the frames of shared humanity, climate justice, and integrity of Creation, are the critical bases for further action.

Are shared socio-economic pathways just extraction-build-emission release narratives? Might they be re-told or elaborated as communion narratives? These narratives can be shared as pathways that are invitations to bring accountability to the table or occasions to demand it, or as opportunities to invest in Creation or platforms to divest oneself from suffocating life.

When engaging with the climate pathways, there is an invitation to a basic insight. Pathways are, in the light of the Church and its mission, trajectories to universal communion with God and Creation that gives clarity when confronted with the realities of global non-commitment that are pushing the planet on the precipice of a 2.7-3.5°C future.

It is not a scientific argument but a social commitment that will cause the shift. With political ambition and economic growth that only serve the few found more acceptable by those who vote and science not seen as a credible community by society, the social heat demanding care for life is much needed in beating the odds stacked against humanity as the planet teeters in this climate precipice.