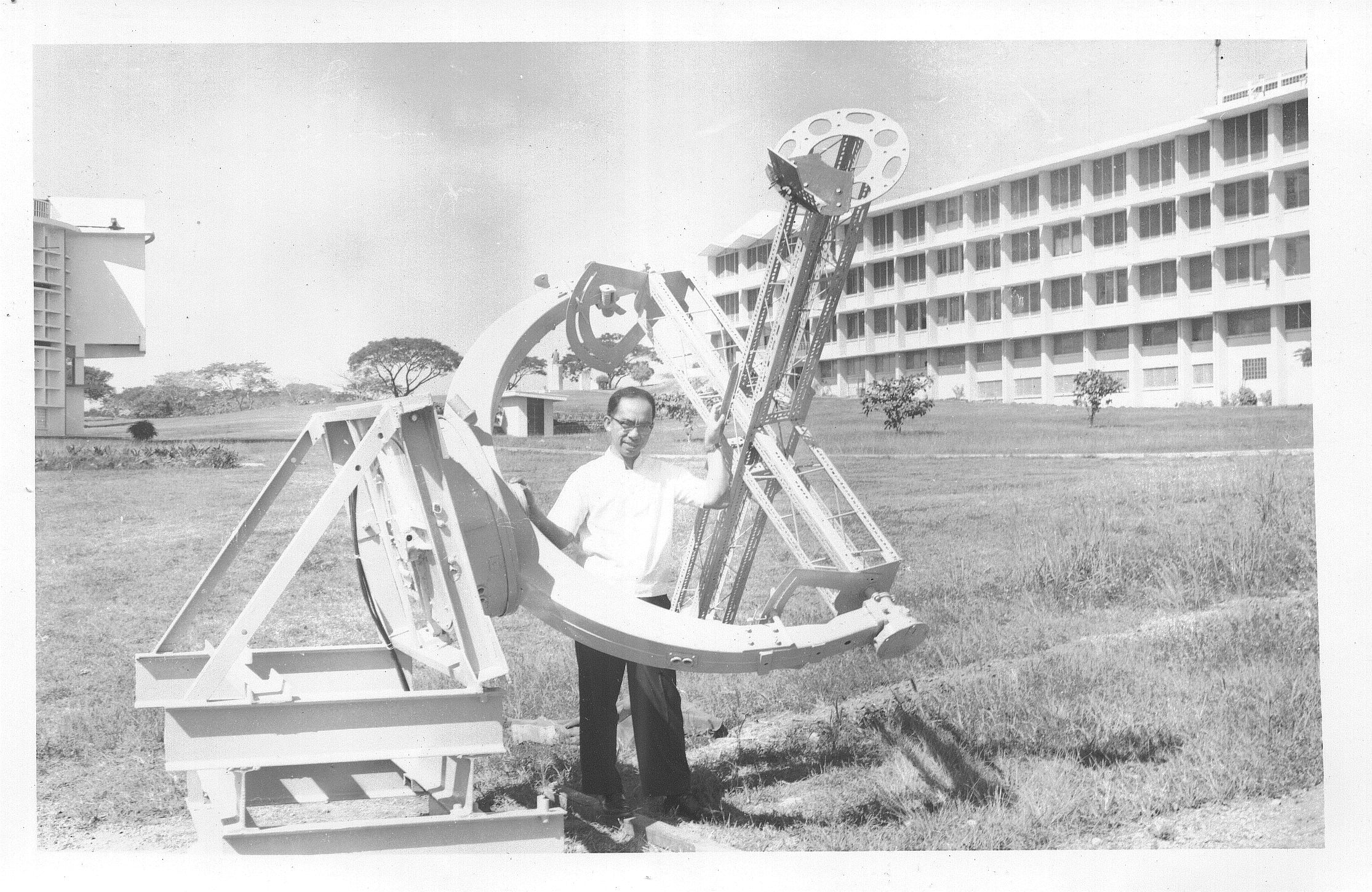 He was never in a hurry and you could share any idea with him.  Once I interviewed him over how he got involved in science. It was very simple for him. I think it was Pope Paul VI who called for men to be devoted to the sciences in the modern world  and so he became a priest-scientist, working on science during the week and then going out for masses throughout the weekend. But his quiet compassion was there 24/7. He was kind and uncomplicated in his ways, talking and enquiring about all things in a personal way.

As a physicist who studied in Saint Louis University in Missouri, USA, he returned to the Philippines to work with the ionosphere. He is better known as the father of Philippine astronomy as he encouraged so many to enjoy the wonders of the night sky. A minor asteroid between Mars and Jupiter and 596 kilometers from Earth, is named after him. The International Astronomical Union named the asteroid 4866 Badillo in honor of Father Badillo’s efforts in popularizing astronomy in the Philippines.

He had a terrific nightlife like no other Jesuit; the roof deck was full of excitement and also a slow and ponderous awe. Watching Uranus and its moons rise over the Sierra Madre in the early hours of the morning, this was the best cocktail of physics and mysticism!

He had no agenda and had many experiments on the side. The last one I remember was with orchids on the third floor of the Observatory building. When we wanted to plant trees on the ground he saw them as our stars that we like to watch grow, and so we had the “Green Alert” team, and some joined him for the night sky also.

He was not rigid about his duty to science. He wrote to me when the first children graduated from the upland elementary school in Bendum, far away from his experience and daily life. He saw this as like his own Sunday apostolate. He wrote again a kind letter when my mother died, as he did for many others, always thoughtful.

He started a whole new apostolate in 2010 with a blog site called pedrocalungsod from his wheelchair and bedside where he shared his homilies and his prayers. He shared many international dialogues, giving the breadth of views and depth or reflection.

I looked again at his last three articles on Islam. His last homily was five Sundays ago. He called it the “Extravagance of God,” how God pays us a daily wage we don’t deserve, a bit like tonight’s Gospel. The end of his message is a humble reflection on his own living: “What can we do to please God? Nothing except to make his generosity known and felt by our zeal for souls. God does not ask great deeds, just desires and the offering of our pains, sufferings and prayers.”

We will miss his quiet welcome and words of encouragement. From his early years in school in Batangas during the war to the long years in Manila, I am sure the Ateneo de Manila University and the Manila Observatory will share great memories, so still be prepared to be surprised by this quiet and caring man.

The Communion prayer also says something beautiful for Vic as a scientist: Having received the sacrament of salvation we implore your kindness, O God, for Victor your servant and Priest that as you made him a steward of your mysteries on earth, so you may bring him to be nourished by their truth and reality as unveiled in heaven.

When you look at the sky tonight, find a break in the clouds and remember him.

This is the homily that Pedro Walpole, SJ delivered during the wake mass on 27 October 2014 for Father Victor Badillo who died on 26 October 2014. Father Vic was 84. He entered the Society on 15 June 1949 and was ordained a priest on 10 June 1965. Except for a few revisions and additions, this text is reprinted from Philippine Jesuits.

2 thoughts on “A quiet compassion with a terrific nightlife with the sky and the stars: Victor Badillo, SJ, priest-scientist, 1930-2014”