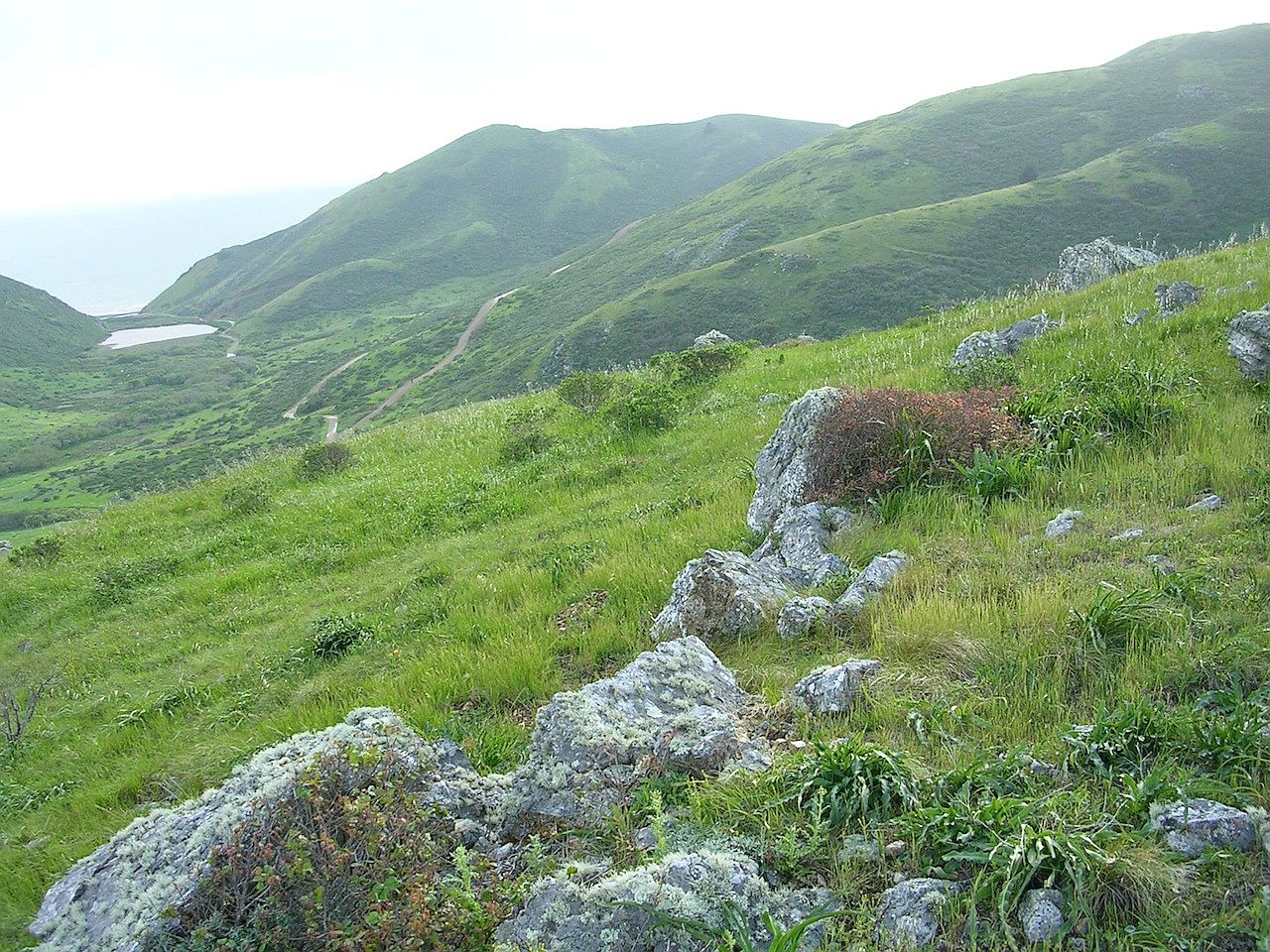 I grew up in Seoul, one of the largest mega cities in Asia and the world.  When I was a child, Seoul showcased the good and bad symptoms of a rapidly industrializing economy.  My pre-school years were spent playing soccer and catching bugs.  Our soccer field had to be given up occasionally for trucks that honked their way through the narrow unpaved roads, and my bug-hunting ground was an abandoned field that would transition to forests if not interrupted.

Many years later in my graduate program in the US, when I found myself making my way into the science of soils and landscapes, I had a tough time answering my own question: “What led me here?”  My future career does not seem to reflect my urban upbringing.

It was more or less a top-down approach.  I had a great deal of time hanging out with friendly but intensely devoted folks in environmental NGOs while in college in Seoul.  In the late ‘80s and early ‘90s, many of my age sensed the pressure to wrestle with the call of the time – democracy and justice.  The pressure was contagious to me, even as a physics major then.  Then came the science of ecology and it seemed that it was a common ground between natural science and the social issues that I felt obliged to deal with.

I was jealous of those American students who claimed that their upbringing in the wilderness or rural areas helped them in choosing ecology, geology, and other environmental sciences as their careers.  I did not have such humble roots.

I have shared this story many times to my students who wanted to know my path.  While telling this story this year, a powerful image suddenly came back to me alive.  It was1975 and my grandfather just died.  I vaguely remember how he looked.  No memory of his voice and any conversation with him remain with me.  Since he was baptized just before he died, he was buried in a Catholic cemetery.  Land is scarce in South Korea but people still die, so unplowable and uninhabitable steep mountainsides are for the dead.

On the day of his burial, we walked up a steep hill.  Graveyard workers were digging a soil pit and into it my grandfather’s coffin was lowered.  The soil was orange red.  I used to say that I had never seen a fully open soil pit before my graduate studies in soils.  Now I take it back.  I saw one, orange red, where my grandfather was buried.

I don’t remember asking my parents, “what makes the soil orange red?”  Being a student of soil, now I have a lot to say on this question.  The color must be from mineral goethite and hematite, common kinds of iron oxides; the iron must be from the weathering of biotite; the biotite is from granitic rocks widespread in the area.  I also know that the graveyard was not occasionally flooded.  It was a good pick, otherwise most microbes suffocate during the seasonal water logging, but few turn to breathe iron instead, which dissolves and mobilizes the iron resulting in distinct visual markers.  So there was plenty of oxygen that microbes took advantage of in actively decomposing my grandfather’s body soundly back to nature’s nutrient cycle.  A happy story indeed.

I seem to remember nothing except the color.  Did the soil have the organic rich dark layer above the orange red material, which is typical of most soils?  I can’t recall.  It could have been long gone because of erosion.  After the late summer storms, my father used to visit the place.  He was concerned that severe erosion or landslide had taken his father.  Once, after a disastrous September hurricane, I was told that many graves were lost.

This newly revived memory was a relief.  Why?  It was difficult to explain – more precisely I felt a bit shamed – that I had never seen a full soil profile until I decided to be an expert on the matter.  A soil profile is a face of a soil that greets you when you jump into an open pit.  A soil profile has horizons – layers that systematically vary with depths.  The organic rich topsoil is called the A horizon.  On top of the A horizon, soils may have an O horizon that is made of fresh plant-derived materials like leaf litter.  Beneath the A horizons lie the B horizons that keep what are leached out of the overlying A horizons and retain chemically and physically transformed parent material – fluvial sediments, volcanic lava, granitic rocks that could be there if not soils.  The orange red was the color of the B horizon of the soil where my grandfather was buried.

A soil profile can have endless numbers of different looks.  Arctic soils differ from temperate soils that are also distinct from tropical soils.  Soils formed from volcanic ash or granitic rocks inherit some of the characters of the underlying rocks.  In Minnesota where I live, soils under sugar maple trees are less acidic than the soils shaded by spruce.  You walk up a hill and the soil on the hilltop may be dramatically different from the one at the foot of the hill.  Whether you walk several steps or you fly away 5,000 miles, your feet will never step on an identical soil.  There are young soils and old soils.  There are still very rare soils on earth that are four million years old.  How do we count their ages?  Maybe that’s a topic for another essay.

It is more than common that people go through their entire lives without seeing a soil profile or without noticing it even when placed right in front of their eyes.  Soils are not invisible like the air we breathe.  Still they don’t present themselves until we put work to them and digging is hard work.  Adam and Eve did not bother to labor the soil until they were destined to do so.  In 1975, I was a seven-year old with an exceptional ability to tire my parents with questions, but still was not curious enough to inquire about the soil color.  Soils offer an ultimate test of one’s curiosity and very few pass.

The importance of soils cannot be taken for granted.  Between rain and groundwater or stream are soils.  Soil filters water, so water can be only as clean as soils.  The life-protecting ozone layer high above in the stratosphere would not be there unless soils do nitrogen cycle.  Global warming – largely caused by carbon dioxide build-up in the atmosphere from fossil fuel burning – is triggering the decomposition of organic matter in arctic soils.  How much carbon is stored in the arctic soil alone?  Estimates vary, but probably more than two or three times of all the carbon currently in the atmosphere.  We, scientists, have identified about two million biological species, but we are still scratching our heads on this question: how many different microorganisms can a gram of soil hold?  And that one gram is likely to serve the entire earth’s known biodiversity.  There is evidence that the rise of atmospheric oxygen that we breathe is tied to the co-evolution of land plants and soils in the deep geologic past.

Global population is hitting nine billion soon, and the green revolution is losing its luster.  The task of feeding these massive numbers of people – and thus securing the peace over bread – may well depend on our ability to sustainably manage soils.  This is a challenging job.  When you plow soil, all of the processes above are seriously altered as well.  There is simply no way of irrigating, fertilizing, amending, adding pesticides and herbicides, and plowing soils without dramatically disassembling and reorganizing the fundamental life-supporting actions in soils.  Therefore whatever we do to soils and however we own soils have ecological and political chain reactions simultaneously.  History abundantly shows civilizations that fell because they lost their soils.

Hence soils are a puzzling act: groundlessly unnoticeable but heavenly crucial.  Genesis is a powerful reminder.  When it describes God creating human out of dirt, we are reminded of our humble origins.  This is still true for modern men and women.  We are what we eat, and it is not a joke.  We have inside our bodies the element carbon.  If a body weighs 70 kg, it holds about 16 kg of carbon that comes from carbon dioxide that the vegetables eaten photosynthesized.  This carbon went through soil countless times since the beginning of the earth.  The calcium, sodium, potassium, and phosphorus inside our bodies all came from the vegetables that took up these elements from the soils.  Even if one is mostly carnivorous, the animals consumed took those elements from the vegetables they grazed on.

In Genesis, however, dirt is also God’s creation that looked good to God.  It is the clay-built proto-human that receives God’s breath, as much as the orange red soil that provided a resting place for my grandfather.  It is precisely because the soils are a receiver that soils are a giver: we came from it and go back to it.  We share this fate with other living things.  Soil is the melting pot of all living things – including our own species – on the land.  The proto-human was built out of this melting pot, reminding us our shared fate with other fellow living creatures.

The first soil pit that I opened with a shovel in my hands is in Coastal California.  It was a wet winter.  I couldn’t wait for the spring field season because my dissertation research was delayed.  On the day I went out, the rain poured and digging a soil in the middle of storm wasn’t fun.  In fact, I felt miserable.  On a fine spring day, I hiked up the big hills on the other side of the floodplain.  I was looking forward to a bird’s eye view of my study site.  It was amazing and I shouted with joy.  Green hills were taking the lower half of the scene, and the rest was split between the blue Pacific Ocean and the cloudless sky.  The memory from winter overlapped on the most beautiful scene.  The green hills and my toil under the storm were sharing the soil that was hidden.  For the first time, I was struck by the fact that soils are buried hidden.  It was the same kind of surprise that I had when my grandfather’s soil came back to my memory alive.

Kyungsoo Yoo is a soil scientist and professor at the University of Minnesota.  He is also called as a biogeochemist, geomorphologist, and ecosystem scientist.  He studies soil formation as a part of landscape evolution.  He learned about Ecojesuit through common friends and colleagues and is very much interested in the work of the Jesuits in ecology at the international and regional levels and Kyungsoo wishes to contribute to this work.  Kyungsoo may be reached through his email: kyoo(at)umn.edu.