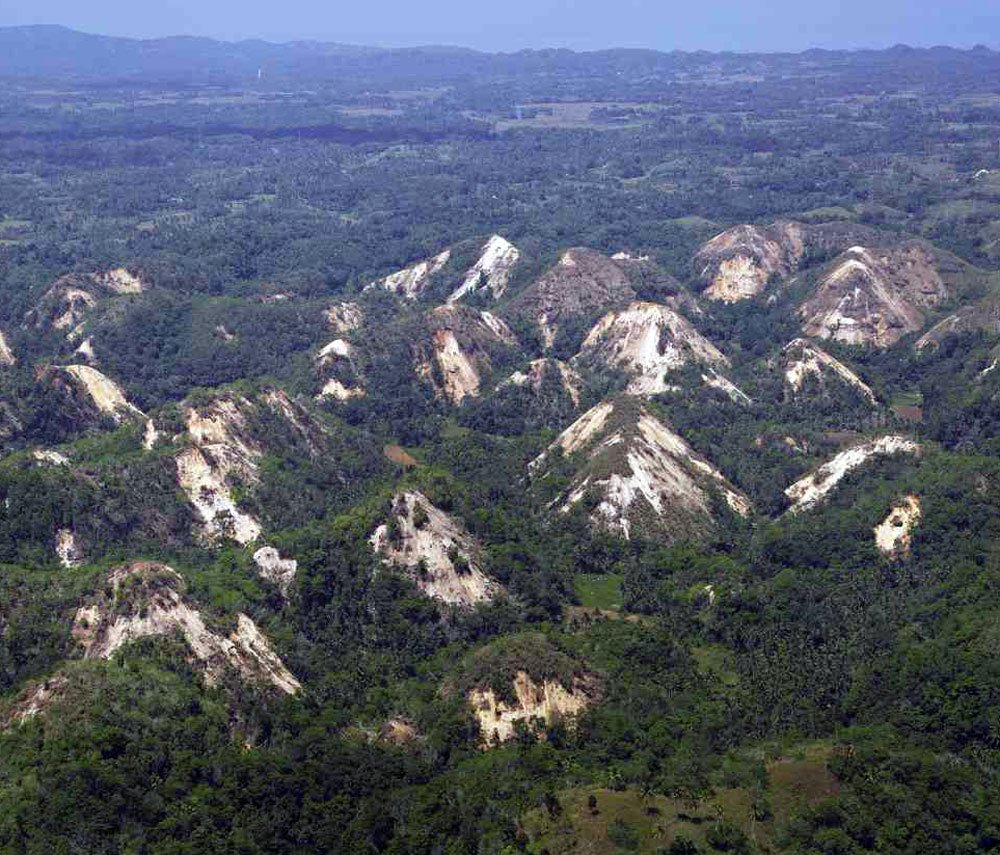 As far as people are concerned, there is no right time or place for earthquakes, yet it is inevitable for major regions of the world. Haiti, with the 7.0 magnitude earthquake that devastated the country in January 2010, is a mark in living memory that is a call of the human spirit for mercy.

The Philippine Institute of Volcanology and Seismology provided a brief summary of the earthquake that was “equivalent to 32 atomic bombs”  that occurred in the morning of 15 October 2013:

At 8:12:31 am local time, on 15 October 2013, a Mw7.2 earthquake occurred in Bohol island. The epicenter was plotted at 6 kilometers S24W (9.86 deg N, 124.07 deg E) of Sagbayan municipality at a focal depth of 12 kilometers. The earthquake produced 1) a surface rupture, 2) strong ground shaking, 3) liquefaction, and 4) landslide. Several sinkholes also appeared after the earthquake. Considerable to severe damage to infrastructure and houses were reported and observed in the north and southwestern municipalities of Bohol, including Maribojoc, Loon, Tubigon, Calape, Clarin, Inabanga, Buenavista, Danao, Sagbayan, Catigbian, San Isidro, Antequerra, Balilihan and Cortes. These towns were also the areas that felt the strongest ground shaking at PEIS VII-VIII (destructive to very destructive ground shaking). Damage to houses and infrastructure were also reported in Tagbilaran and in the southern munipalities of Loboc, Carmen, Lila, Valencia, Alburquerque, Baclayon and Loay.

People do not have water, electricity, shelter, and it is not secure for over 300,000 people. Obviously, the country was not prepared for this specific event in time nor place, and it has responded and so has the global world. There are outpourings of concern and humble service wherever possible. A whole series of investigations is now started across fault lines and potential earthquakes across the country. People, communities, government, and society are growing rapidly in disaster risk awareness and management, particularly in terms of a series of 20 floods in the last 10 years, where so many people died.

This of course is of a different nature. It’s not climate change, it’s earth change, and it causes us to change in terms of exactly where we live and how exactly we build. There is great sorrow that we have lost an aspect of our antiquity, particularly in terms of church buildings, but what is felt deeply is the loss of lives and yet another term of suffering for people deserving a more secure life.

We’ve learnt again from this the fundamentals of compassion, the alertness to respond and the generosity, but we have to be much more stringent in our policies and overhaul of infrastructure and not wait for disasters to teach us a lesson.

Around this time, I was in the neighbouring island of Cebu looking at land acquisition by homeless communities that sought to build a community. The coastal areas we were looking at would undoubtedly suffer from liquefaction if the tremor reached such a degree and it was definitely felt in Cebu.

Another housing site we visited was actually in a “chocolate hill” in Cebu. This relates to Bohol’s famous “chocolate hills” which are geological formations made up of limestone and which turn brown during the summer when there is no rain, thus the “chocolate” reference. After the earthquake, most of the chocolate hills were laid bare after a couple of meters were shed off, revealing the limestone rock that they are.

Large areas of Cebu have similar karstic landscapes and planners are still planning to build straight roads over hillsides, a result of desktop planning without any regard for the risks, just “the efficiency” of getting people out of identified and other defined land uses.

I’ve also spent the last 15 days reviewing the history of disaster in Compostela Valley in southern Mindanao, and the relocations and the obstinacy of a mayor who thinks that government should prevent the avalanche of material from going their way, an avalanche that looks like a recent glacial path with absolutely no future of stability in the long term.

We’re challenged in so many ways to acknowledge that there is a limit to how we can contentiously engage the earth. Though very different realities, there are also the nuclear power plant in Fukushima in Japan, the land reclamation off Tondo in the Philippines, or fracking. This also calls for major reassessment of the housing programs for the poor, now rapidly rising to 3.6 million poor people who need shelter.

We cannot and will never run a perfect world, but we have compassion, humility, and the awareness that now we need to do everything within our social and scientific power to advance preparedness. Applying standards for buildings, knowing the area where one lives, using rainfall and river data available in smartphones and mobile devices to estimate flooding risks, having a protocol and guidelines to follow in evacuation, early warning, access routes to safe areas, are but some of the preparedness we can already act on.

A human cry for mercy extends across the land for we know not when the earthquake hits, and we do not know where. This experience in Bohol is about an unknown fault, but no human fault. The blessings are that had this been at school time or at church time, thousands more would have died.

Some may take this as a godly warning over what’s gone wrong, but most people today understand it as part of a world in motion, or the earth in motion. It reminds us of our human frailty and the need to care while we can for neighbour and seek again a deeper meaning in life that is sustained by these relationships and by a relationship with God.