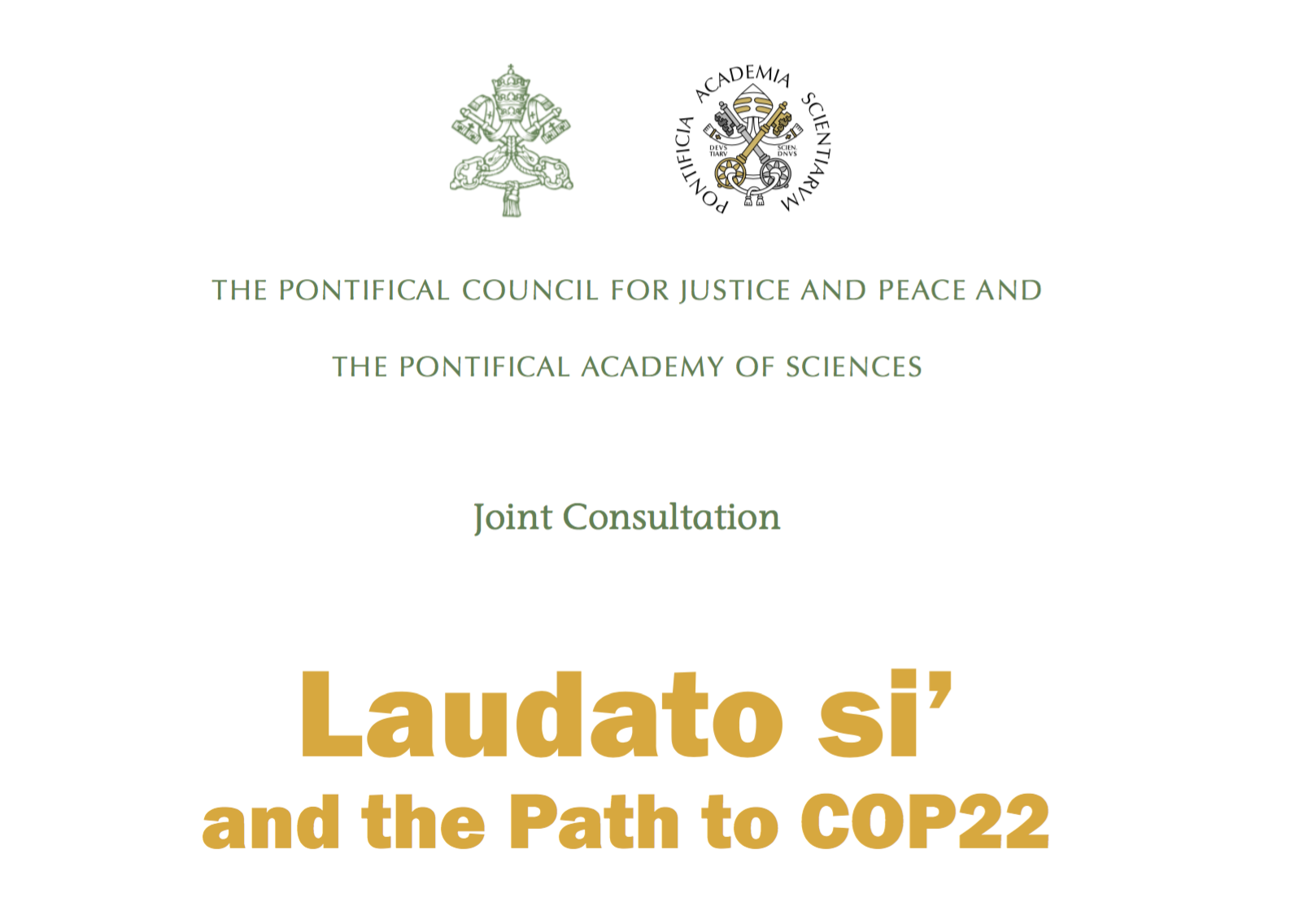 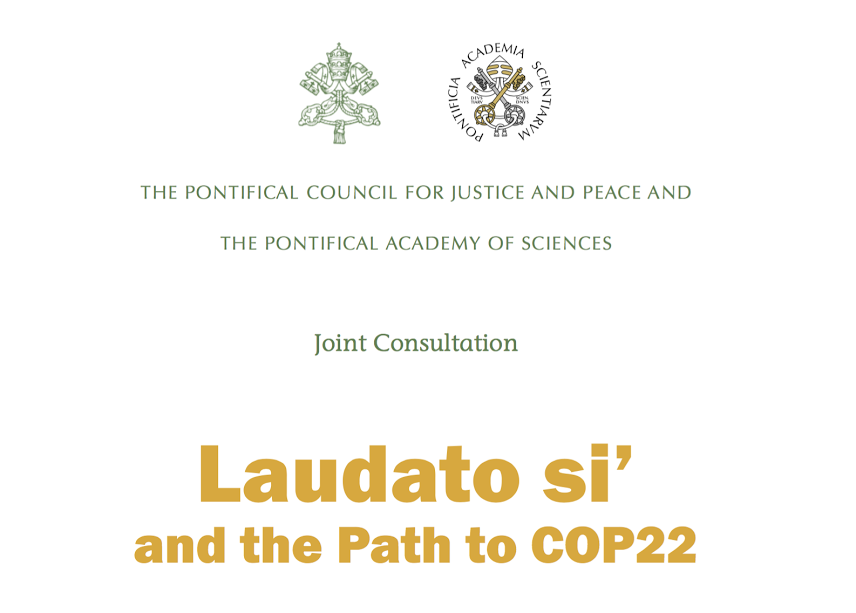 I talk of things seen at present and of what societies in Asia Pacific are seeking and speak of four areas of change, all interconnected.  The objective is to identify key challenges and contribute to strengthening relations and systems by focusing on experiences and lessons learned.

How is the world of climate change seen ‘in the field’ and what are we called to bridge?  Recently a friend relayed local events where a rural woman killed her four children and then committed suicide.  A week later, her husband killed himself.  This is a very sad story of a very poor family in despair.

How can the poor secure daily needs and at the same time be helped to sustain the natural resources around them?  How can we have full cycle production and lifestyles that care to include others without waste?  That would truly be good news!

Four areas of change and challenge

1. Climate change and resilience that challenge us to reduce vulnerability and to increase adaptation measures that change the status quo

Typhoon Haiyan was a near perfect storm riding across the Pacific Ocean for six days in November 2013 on course for Tacloban City, Philippines.  The scientific measurements and social realities of vulnerability and infrastructure were all known before the event.  We knew what was coming but not how to act.  We need to break the cycle of vulnerability.

Knowledge is not action.  Science and technology do not impact without personal, political, and economic commitment.  Science can more actively support societal transformations by engaging elements of society in their concerns.  Defining hazards, responsibilities, and protocol is critical in addressing the vulnerabilities to climate change and having effective community evacuation strategies.

The precautionary principle should now be a norm in addressing environmental concerns.  Scientific certainty should prevail as a point and time for comprehensive action.

As with relief and building back better in Banda Aceh, the assessment in the Philippines reveals the need to learn a new form of governance in times of crisis.  The challenges on the ground of communication and social learning, governance and solidarity are evident.

There were 10 lessons learned from these painful experiences:

Even with these lessons, switching to low carbon national economies and lifestyles is urgent.  A carbon lifestyle makes our Asian urban centers barely inhabitable. Beijing’s city government last December issued a “red alert” and schools and construction sites closed, traffic was restricted.  Air pollution reached 500µ/m3 and in other cities this doubled and even trebled, prompting the government to respond and implement new policies.

The kind of science we need is a science where people matter.  Science is not simply a problem of knowledge but of identifying society’s problems and setting these as priorities of investigation and communication.  Great commitment is needed in doing sustainability science as engaging society in problem-solving requires much adjustment from all sectors to trust and work together.

2.Land use change and relations in the landscape that challenge us to increase forest cover, reduce chemical use in commercial agriculture, and improve water

The planet’s boundaries when put on the landscape are easier for people to see where they connect and can make a contribution.  Climate change, air pollution and ocean acidification are all due to the use of fossil fuels.  The use of fossil fuels is not a planetary boundary but a boundary of the global economy as presently designed.

Other driving forces are land use change and novel entities, many of which add to the threats to agriculture and biodiversity.  These three key boundaries affect the stability of all other boundaries and also the marginality and migration of the poor.

We have seen forest loss in every country in Asia, with the expansion of oil palm plantations as recent drivers.  For Indonesia, both the loss of such carbon sinks and release of carbon to the atmosphere are of global concern.  The country’s Constitutional Court recently annulled the government’s ownership of customary forest areas and ruled that: “members of customary societies have the right to … use the land to fulfill their personal and family needs.”

Policies and strengthening of the legal framework are essential in addressing national ownership of the problems and control of international corporate abuse.  Another example is the legal action taken in China over toxic liquids dumped in the Tengger desert, an oil spill in Bohai Bay and emission violations of imported vehicles.  A new environmental law of 2015, now allows for public interest litigation.

3. Food security and resource needs that challenge us to ensure that production and distribution of food is socially equitable, in accordance with people’s needs

Social development has not kept pace with the rapid economic growth, and there are “two faces of Asia – one of progress and prosperity, the other of continued poverty.” (ADB 2013)  Rising incomes and affluence continue to drive greater demand for more protein-rich food, with enormous implications in food production.  Rising prices especially rice and wheat affect food sovereignty with greatest impact on the poor who allocate 50-70% of their budget to food.  With 60% of population relying on local agriculture, climate change is a major challenge to food security.

Current food production and distribution systems are failing to feed the world.  Agriculture produces enough for 12-14 billion people, enough even for the projected 2050 population and still, one in eight of the world’s population are chronically hungry.  The cause of hunger is not lack of food, but lack of access and the inability to buy.

With increasing urbanization as in China, maintaining food security will be an accompanying priority in the region as arable land becomes scarce, apart from rehabilitating heavily contaminated land and restoring aquifers.  Farmers are also aging (in the Philippines, the average age of a farmer is 57) and rural youth are increasingly uninterested, not least because of the hard labor involved and the risks resulting in insecurity.

4. Culture, livelihood and integrity that challenge us to find a sense of belonging in each culture and country, while livelihood ensures a quality of life and giving reason to live

China has adopted forestry-based programs to improve environmental conditions and reduce rural poverty, with relative success in increasing forest cover and rural household income.  The experiences of communities in the counties of Ningshan, Anhua, and Ledu illustrate the impact of collective forest tenure reform, in improving income and employment while ensuring levels of environmental protection.

In the modern age of medicine, it is hard to understand the figures of 65-80% of the global population relying on medicines derived from forests as their primary health care.  Yet the Yao people living across the mountains of south and southwestern China, or Dzao in the mountains of Vietnam, Laos, Thailand and Myanmar are one of the foundations of Chinese medicine today.

Cultures are living relations, not simply preserved ways of the past and so there is a need to adapt.  Some of the Pulangiyen youth who live on the land of their ancestors in Mindanao, Philippines are making a new path.  The youth like motorbikes, cellphones, computers and the modern world.  Yet they also spend their time growing trees on the steeper slopes protecting the spring water sources of the community.

Indigenous peoples need not simply be laborers on their ancestors’ land but dignified communities contributing to the richness and sustainability of society.  The role of such communities in forest management needs to be integral to their practices and can be shared more widely if their contribution to ecological services is respected.  These communities are not merely tourist destinations and living museums but critical learning experiences for our urban and academic communities.

Nurturing a community of practice for reconciling with creation helps us more effectively network for justice.  If we collaborate the impact of our actions broaden and we gain more understanding, and even though they maybe small actions, they connect with the global.  Learnings are greater when we participate in joint action.

With more than half of the planet’s population and capacity in the region, many of the most vulnerable populations of the poor are rural. While they hold a certain flexibility to subsist, they cannot be stretched anymore and the environments where they live are again most vulnerable. Similarly for urban poor populations, the social and economic inclusion is urgent.  I have four main points that partly summarize:

Looking for a greater connectivity, governments are becoming more aware of their responsibility for the condition of the vast majority of their people who are poor and this is impinging on national level discussions of economic growth, knowing that the trickle-down does not work.  Some rural focused actions that might be crucial are:

b) regeneration of forests, soils and water resources, control of chemicals in commercial agriculture, and regulation of animal feeds

c) youth education focused on leadership in service and education on the social and environmental roles of people.

2. Scenario planning and ‘what if’

We need a language in government not of crisis or denial, but of scenario planning, adaptive management, and the acceptance of uncertainty and of uncontrollability.  Key words and actions are sustainability, human development, biosphere integrity, road maps and scenario planning, NOT efficiency and maximum yield.  All of society needs a deeper and more community sense of social and environmental roles forming “communities of practice” where possible.

3. Value of the COP process

We probably recognize with Driss El Yazami, Head of Civil Society activities during the COP22, the crucial and basic elements of COP22 and the problems and needs of Africa.  It is through the deeper sense of humanity that he calls for the “universalism” that enables all to act together “even if the historic responsibilities and future effects are not equally shared.”

4. The compassion and practice of Laudato si’

Laudato si’ placed the environment and the poor at the center of climate change and sustainable development discussions. In the Catholic world in Asia Pacific, where if translated and shared, it is first an experience of felt compassion for the poor that someone shares their pain and suffering.

The ecological conversion needed to bring about lasting change is also a community conversion to a new way of practicing change together and first entails gratitude and recognition that the world is gift.

This article is a shortened version of the paper presented by Pedro Walpole, SJ to the Joint Consultation of the Pontifical Council for Justice and Peace and the Pontifical Academy of Sciences on Laudato si’ and the Path to COP22 at Casina Pio IV, Vatican City, 28 September 2016. Pedro is the Coordinator of the Reconciliation with Creation program of the Jesuit Conference Asia Pacific.

The full paper can be viewed and downloaded at the Pontifical Academy of Sciences.