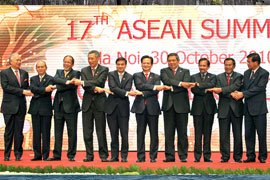 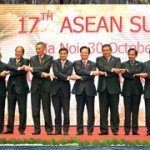 A coalition of major international environment groups has called on the Association of Southeast Asian Nations (ASEAN) to take a stronger stand on climate change in the upcoming climate talks in Cancun, Mexico.

The World Wide Fund for Nature (WWF), Green Peace and Oxfam, under the banner Coalition on ASEAN for a Fair, Ambitious and Binding Climate Deal (A-FAB), called on ASEAN leaders to show their commitment in dealing with the problem of climate change in Cancun, Mexico, in a statement.

The Cancun talks, which will start late November, will discuss climate change programs, their progress, and the reduction of greenhouses gasses after the Kyoto Protocol. The discussions are also expected to open up funding opportunities for poorer countries vulnerable to climate change.

The three groups called ASEAN Secretary-General Surin Pitsuwan to push for a stronger ASEAN position and demand commitments from the richer nations in the United Nations Framework Convention Climate Change next month.

“Time is of the essence and ASEAN as a bloc needs to act decisively on climate change. As ASEAN Secretary General, Dr. Surin can facilitate the move for ASEAN member states to come together and decide on a specific plan of action for the climate talks,” said WWF-Philippines Climate and Energy Programme Head Gia Ibay.

The organizations noted that ASEAN countries, home to about 500 million, are vulnerable to the damaging effects of climate change.

A study made by the Asian Development Bank recently said the region’s megacities, particularly the coastal cities of Bangkok, Ho Chi Minh, and Manila, are threatened by climate change. All three cities have populations of at least 10 million and are considered to be centers of national and regional growth.

The A-FAB Coalition also stressed that ASEAN nations have already created their own regional platform called the ASEAN Climate Change Initiative to address the threats of climate change, and to advance the region’s common interests and priorities in future deals and negotiations.

The next step, the groups said, is to bring these regional concerns to the wider audience.

“Dr. Surin’s response that climate change is high on ASEAN’s agenda is most welcome, coming as it did from no less than the Secretary General. We have to emphasize, however, that this statement will have little meaning unless ASEAN comes out with concrete plans of how it intends to address the crisis, which affects 563 million people in the region,” said Shalimar Vitan of Oxfam International.