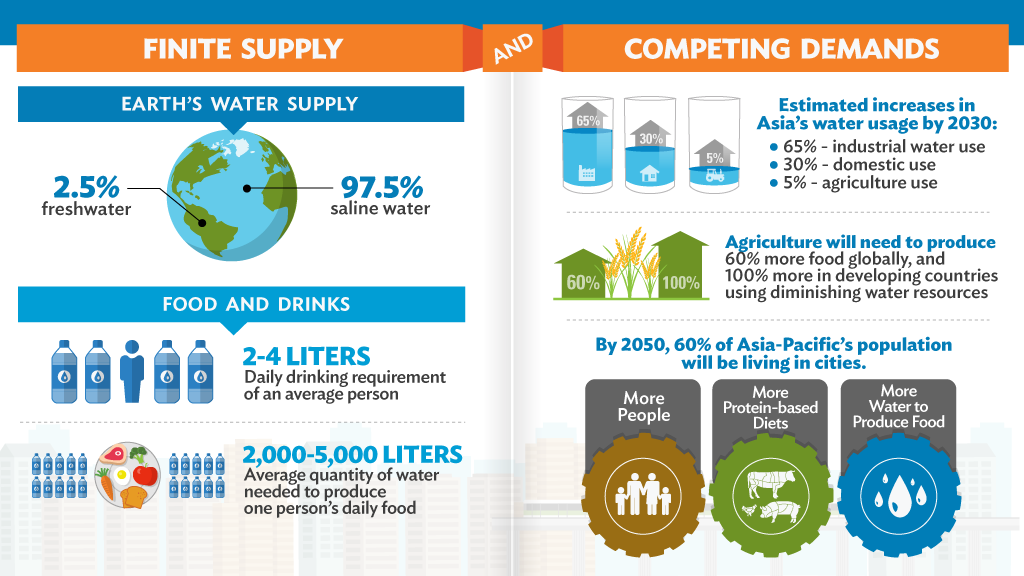 Jesuit Conference Asia Pacific (JCAP) established Reconciliation with Creation, a comprehensive program that aims to enable greater environmental awareness and participation in caring for all forms of life.  As part of this program, Jesuit pastoral ministries with the poor and beyond are integrating social and ecological objectives.

Meanwhile, Jesuit schools are embarking upon a new learning curve with many new social engagements and technologies that may enact greater ecological integration and accountability.  Likewise, as part of this initiative, Jesuit communities themselves are learning to audit their consumption and waste.

Climatic events, as those that have devastated many different communities that this conference represents, are currently the focus of many Jesuit institutions as they seek to develop protocol beyond relief to disaster risk reduction.  To address this urgent challenge, sustainability science needs to adapt so that it becomes problem-focused, and a critical element in this endeavor is the capacity of Jesuit institutes to network and collaborate with others.

Grounded in gratitude and engaging with hope, Reconciliation with Creation is essentially an invitation to act that concurrently seeks to gradually deepen the experience of the sacred.

The movement for environmental research and ecological action across the JCAP takes many forms, as Jesuit works are only beginning to engage these concerns and still have much to learn.

This article focuses on the trend amongst Jesuits and their collaborators towards greater environmental awareness and the urgent need to communicate and work with others strategically and more broadly for the sake of greater ecological accountability and sustainability.  In style and form, this is neither a scholarly article presenting an argument for Jesuit involvement nor an academic review of environmental research nor an assessment of what has already been achieved.

Critical responses to environmental issues are not only occurring through scientific endeavor alone, but also are driven by personal and collective commitment and, in most instances, are not yet sufficiently reflected upon to be academically scrutinized.

For the past several decades, several Jesuit social centers have explicitly articulated an environmental concern, while a concurrent concern for the people, land, and resources are also manifest.  In the 1970s, the opposition to the Chico Dam in the Cordillera region of the northern Philippines, for instance, indicates the sort of resistance by communities, with whom the church was also present, to forms of cultural and environmental exploitation.

Pastoral works are typically enacted with emphasis upon the integral relation of people, livelihood, and land, and so efforts towards agrarian reform or the conservation campaigns that confront mining corporations are now explicitly connecting – to a certain degree – faith and creation.  At this stage, however, such programs seldom elaborate and explain the faith in terms of integral ecology.

Furthermore, in the region’s schools and universities, many programs run by individual faculty or departments challenge students both academically and socially in their assessment of human interaction with the environment.  Normatively, these programs emphasize the need for more sustainable management of resources, and in accordance the issue of transparency regarding donations and grants – whether by individuals or corporations – to these Jesuits institutions is increasingly being raised.  In similar vein, greater scrutiny is directed towards institutional investments, particularly in the mining industry and other energy sectors.

Subsequently, such close inspection of the institutional fabric of the Society of Jesus is generating an impetus to subject the full range of Jesuit operations, such as retreat houses and university campuses, to comprehensive environmental auditing.  The region’s Jesuit institutions, schools, and communities have initiated environment-oriented activities with the purpose of further cultivating and incorporating core commitment towards care for creation as a kind of reconciliation into their collective mission.

This form of reconciliation with the land and natural resources may be slow, yet many are deeply encouraged by the affirmative wisdom of the Holy Father, Pope Francis, in his encyclical, Laudato si’, and seek to share with others the challenge and the joy of deepening our prayer with activities that reflect care for all form of life.

Presently, Jesuits of JCAP are in the process of learning that environmental studies, as a field of study that addresses problem-focused needs, elevates their institutional ability to network in an interdisciplinary and a global manner.  Such inquiry also emphasizes the social and contextual elements that might better ground their research assumptions.  In this way, Jesuits may provide a better response to their universal mission through an approach that is concurrently global and contextual.

A stress upon achieving greater cohesion within the region or a global identification of key areas for collaboration might intensify an ethical response at various levels.  This, in turn, requires significant attention to the internal and external factors that can potentially enhance capacity for international networking.

The challenge to draw as many responsive and active people and institutions as possible into collaboration could instill the multiple perspective that would be necessary to see clearly beyond the parochial engagements and academic silos, which might inhibit such a global enterprise.

In 2010, JCAP, under the leadership of Mark Raper, SJ, began to promote reconciliation with creation.  Shortly thereafter Healing a Broken World was published as an apostolic response to environmental degradation that envisioned the integral reconciliation sought with God, with neighbor, and with creation, and as a resource that presently constitutes the guiding document with institutional recommendations.

The subsequently published document, Our Environmental Way of Proceeding (OEWP), provides practical steps and reflections on how those interested in environmental justice might proceed in participating with shared social and environmental endeavors.  As a result, this ecological strategy is a matter of concern for the whole conference and seeks expression through the following modes: our institutions and lifestyles; formation of young people, lay and religious; and governance of natural and mineral resources.  OEWP is essentially a spiritual and social invitation to take up these three themes as a basis for advancing this ecological strategy and its vision of a renewed relation with the land.

JCAP identified ecology as one of the conference’s priorities partly due to the region’s history of environmental disasters.  Its attention towards ecology also encompasses the ethical challenges of social exclusion, and the growing impact of climate change upon livelihoods, and thus explicitly affirms the desire to respond to a world at risk.  The major superiors and provincials of JCAP in a recent statement on Laudato si’ encouraged Jesuits in Asia Pacific to become involved in especially identifying water concerns, planting vegetation, and recycling as practical priorities.  Such concerns and agendas may be coordinated most effectively through management practices that could be developed in each Jesuit community or institute.

In these documents, three specific invitations or “calls” to engage are elaborated, namely the call to respond to a world at risk, the call to dialogue with sustainable science and values, and the call to inner life and particularly a simple lifestyle.

Several strategic responses are also disseminated in the document to encourage Jesuits and those working with them to deepen their ecological engagement and to collaborate more broadly with others.  This, however, is not meant to be conveyed or framed in the sense that the Jesuits know what to do – far from it – but in a humble gesture to exhort Jesuits to reflect in terms of ecology and how they could participate and contribute beyond the parameters of the Society and its institutions.

Laudato si’ subsequently should be acknowledged for having intensified the need for all to care for creation, and significantly deepened the commitment of many to act.

The full paper of Pedro Walpole’s article Jesuits from Asia-Pacific in the Time of Laudato si’: Reconciliation with Creation can be read and downloaded in a special issue of the Journal of Jesuit Studies.  This text is taken from the original abstract and introduction.  Ecojesuit previously featured a related story on global Jesuit work in the environment.