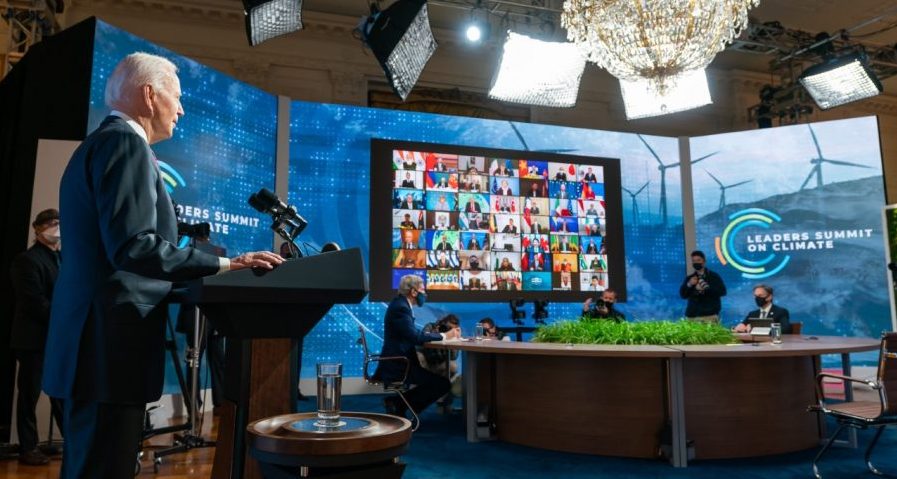 A refreshing wind is blowing through the US this season, most especially during the recent Earth Day when US President Joseph Biden hosted the Leaders Summit on Climate. This summit is a key milestone in the process towards the UN Climate Change Conference (COP 26) in November 2021 in Glasgow.

The virtual summit included the convening of the US-led Major Economies Forum (MEF) on Energy and Climate to encourage an enhanced ambition to limit global warming to 1.5 degrees C. These 17 economies are responsible for about 80% of global emissions and global gross domestic products and the heads of state and leaders of the MEF participants committed to take the necessary steps to strengthen their ambition. Other countries who joined included those demonstrating innovative climate and economic action plans and those particularly vulnerable to climate impacts. There were business leaders, innovators, local officials, and indigenous and youth representatives who also joined and shared their insights and planned contributions to help tackle the climate crisis.

President Biden acknowledged the need for ambitious climate action to get back on track to limit planetary temperature rise to 1.5 degrees C. This was a welcome contrast to the last US administration which withdrew from Paris Climate Agreement, the climate treaty the US signed on with 196 nations in the 2015 UN Climate Change Conference in Paris or COP21, citing its own economic self-interest.

This recent US effort to acknowledge the urgency of the climate situation and to renew and even ramp up its commitments is a powerful and positive sign of responsible leadership. The Biden-Harris administration is committed to halving its 2005 levels of greenhouse gas (GHG) emissions by 2030 and also commits to working with the international community, recognizing that this is a global problem of such scale that it is essential that we all work together.

Also encouraging is the more holistic approach in incorporating economics, climate and sustainability, plus emphasizing the importance of investing in clean energy industries, technologies, and jobs whereby families can support themselves sustainably in healthier communities and environments.

President Biden previously released an infrastructure spending package to develop a robust green economy and to significantly reduce GHG emissions. He is offering tax credits to support renewable energy development, investment in electric vehicle charging stations, and other research and movement toward carbon neutrality by 2035.

President Biden also acknowledged the interest, growth, and efforts in climate action over the last few years in other non-federal government sectors. The US green economy has grown despite limited federal incentives, sustainable investments have risen significantly, transitions to renewable energy sources such as solar and wind power are increasing, lower-cost electric vehicles are more available, and locally grown foods and sustainably sourced products are on the rise.

It may be worth noting that many Catholics, including Cardinal Joseph Tobin, Archbishop of the Archdiocese of Newark in New Jersey, were troubled by the US withdrawal from the Paris Climate Agreement and signed the Catholic Climate Declaration stating, “we join with state, tribal, and local governments, as well as businesses, financial institutions, and other faith organizations, to declare that we are still in on actions that meet the climate goals outlined in the Paris Agreement.” It is time, actually way past time, for the federal government to get in on the action!

Still, while the US is committed to climate action plans and reducing its GHG emissions, the proposed plans, through a Nationally Determined Contribution or NDC, are on a track that contributes to a temperature rise of 2.9 degrees C, far greater than the Paris Agreement goal of 2 degrees C, and even higher than the acknowledged goal of 1.5 degrees C recommended by climate scientists.

Clearly, this growing amount of carbon emissions is unsustainable for our planet, and we are already seeing the severe consequences and devastation for vulnerable countries who have contributed least to this climate crisis. The US and other major carbon emitters will need to make substantial shifts and changes.

One of the highlights of the summit is the launching of the US-India Climate and Clean Energy Agenda 2030 Partnership where the two countries will collaborate on a 2030 agenda for clean technologies and climate action. And in a related development after the summit, Hawaii declared a climate emergency, the first US state to do so, even as more than 1,900 emergency declarations were made in 34 countries.

So, taking Biden at his word that we should work toward the goal of a 1.5 degrees C rise, what do we really need to do as a country to eliminate this gap? As a wealthier country and a major emitter for greenhouse gases, the US should:

Climate scientists, environmental activists, and people of faith are clear that dramatic action is needed to stop pollution, support communities, and prevent climate destruction. For example, the Ignatian family with its collaborators and partners released on Earth Day a collective statement on the commitment to climate justice, Towards COP26: Advocating for Climate Justice.

God has created a nurturing, glorious planet for all of us to enjoy its many wonders in peace – provided we each act responsibly as good stewards. There is no question that these steps will be difficult to implement, but the US has an obligation to do all it can to meet this goal of temperature rise no more than 1.5 degrees C.

There is hope for the future, but much work needs to be done!

This article is also available in Spanish.

Ann Marie Brennan is the Vice President of the World Executive Council of Christian Life Community (CLC) and is a CLC promoter for the Greater New York City area.

One thought on “Back in the Paris Agreement and climate action, a refreshing wind in the US”