Bats’il Maya is a micro-industry that began in September 1993 in Chilo, Chiapas in México as a response to the marginalization suffered by the Ts’eltal indigenous communities. Producers are organized into Ts’umbal Cooperative, which started its activities in 2002 and brought together 12 communities.

One of the main causes of extreme poverty and social exclusion of indigenous Ts’eltal communities is the economic exploitation derived from the control structure in the commercialisation of coffee and honey produced in the region. This structure destroys the wealth generated by the coffee agroforestry systems in the region because the price is defined in the New York Stock Exchange and is subject to the vagaries of supply and demand of the aromatic grain worldwide.

The project, started in 2002, aims to strengthen agricultural livelihoods, promote agro-ecology and boost the Ts’eltal economy, by refraining from selling coffee and organic honey as raw materials, and generating the necessary linkages with different social actors (universities, foundations, corporations, networks, and social movements) to add value to the production, and offer finished products to the Fair Trade social circuit. This includes the sale of coffee in the Capeltic cafes located within the two university campuses of the Society of Jesus in México.

The project has its origins in the area where the Mission Bachajón was established in 1958 in the Diocese of San Cristobal de Las Casas, Chiapas. It produces 100 percent of the region’s high quality coffee, with cloudy forests located at 1,200 meters above sea level. It covers the towns of Chilo, Sitalá and Yajalón, in the mountains of northern Chiapas State in southeast México.

Involvement of indigenous communities and what the project means for them

There are 36 Mayan Ts’eltal communities involved in the project and around 240 families of producers are finding this activity as an alternative way to improve and optimise the management of their ecosystems. It is also experienced as a way to access the management of the value of their products, as well as providing a learning space, job training, and training about the dignity of agricultural labour and the ecological enhancement of their plots to sustain the next generation. In this way, they do not have to migrate to urban centers in search of alternatives for survival.

With this model, these producers find a way to increase their incomes through agricultural work, enabling them to continue providing free community services where they work as catechists, deacons, health workers, human rights defenders, problem solvers, among others.

The project encourages ecological practices such as improvement of soil fertility and conservation, forest canopy restoration, natural pest and disease control, conservation of native seeds of corn and beans, construction of living and non-living natural barriers to produce steep slopes, and development of various kinds of composting (especially vermin-composting).

When government cancelled its subsidy to the farmers, they could no longer afford the high costs of the technology package that included herbicides, pesticides, and chemical fertilizers. As such, these practices have not been used for years in the region and thus encouraged the recovery of traditional knowledge and practices and the adoption of agro-ecological farming practices and methods. 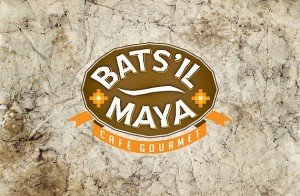 The project managed the strategy of giving added value to local organic production instead of purely selling raw materials. Part of this strategy is to obtain growth based on generating demand for organic products with added value. We are exporting 50 percent of our production to a Japanese company in the United States who is interested in Fair Trade relations and elimination of intermediaries for the greater benefit of producers.

At a basic working level, we opted for the quality of agro-ecological production as a process of ecological restoration and social reconstruction and not so much by the quantity or volume. We are currently working in 36 communities but Bachajón’s Mission is as large as 560 communities and they all produce coffee.

Based on the results and the demand generated, we will continue to grow. The idea of creating community organized responses through the involvement of various social stakeholders such as universities, companies, foundations and social movement, allows us to have an optimistic growth scenario. We also try to link with other activities of the Society of Jesus in other countries like Colombia and Spain, to share this work model and to generate new markets and synergies.

How engagement with the project enriches them as Jesuits

To face an unfair economic exploitation scenario that prevents indigenous communities from “having life and having it abundantly,” we Jesuits want to generate hope. It is comforting to collaborate with excluded people to generate viable alternatives for local development and to improve their life conditions, away from the donation and subsidy culture in which many of the regions are treated.

Motivated by the document, With passion for environmental justice in Promotio Iustitiae No 110, 2013/1, we ourselves feel part of the answer given by the Society of Jesus as an apostolic body to this “reconciliation with creation.” We contribute our grain of sand to the generation of viable alternatives of development on a small scale. We are greatly pleased to find common ways with other works and activities of the Mexican Province, and especially with the universities, as they have an enormous potential for contributing to the ecological field.

2 thoughts on “Bats’il Maya: An economic and ecological response by the Ts’eltal communities in Chiapas, México”