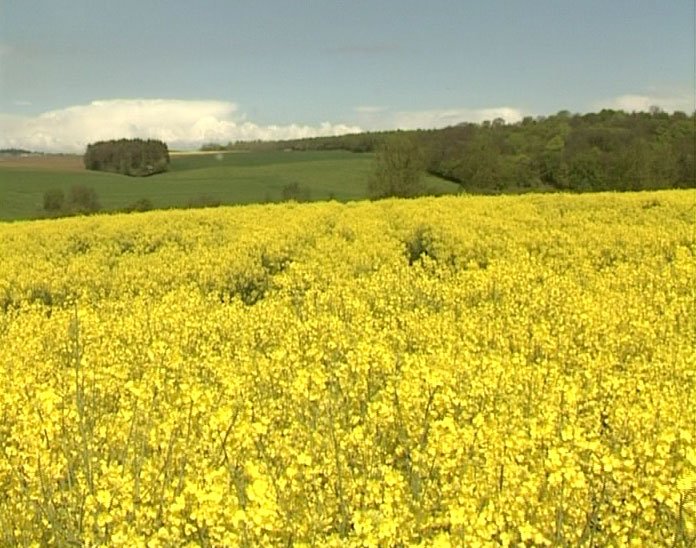 Biofuels emerged as a promising source of renewable energy but it was soon evident that its possibilities are much more limited  than the expectations placed on them.

Specifically in Europe, quite ambitious targets were set and in fact, it was expected that 10% of the fuel used in transportation (gasoline and diesel) by 2020 would come from biofuels. During this last year, there was an intense debate in European institutions about this issue, as the negative effects of this decision became more and more evident.

On one side, the energy companies, power or oil companies, in partnership with agribusiness groups, expanded the production of biomass necessary for obtaining biofuels, mainly bioethanol and biodiesel. These groups, guided by the first decisions of the European Union (EU) (10% in fuel for transport), and with the expectation of relevant business opportunities including some subsidies, heavily invested in biofuels. Now, these same groups are seemingly working at plans to reconsider the objectives. These groups are establishing important lobbies in Brussels, Belgium and working to ensure their expectations.

This sector, the biofuels production, is estimated to reach a turnover of nearly €13 billion in Europe. Fortunately, the Environment Committee of the European Parliament voted on last 11 July to reduce the target mix of biofuel and fossil fuels (gasoline and diesel) and have only a 5.5% concentration of biofuel.

The use of biomass to produce energy is not new. Wood is traditionally used for heating, cooking, or getting steam. What is new is growing plants and then burning them to use the energy obtained. For crops used for fuels, many prefer to speak of “agro-fuels,” and not the vague concept of “biofuel.”

The first difficulty of agro-fuels is the change in the use of the land or the Indirect Land Use Change (ILUC). If we assume that the purpose of agriculture is to produce food for human beings and animals, and some types of fiber, then the production of agro-fuels causes an alteration in the use of land, mainly with the land currently used for food production. The consequence of this change in land use is a threat to biodiversity, as forest areas are cleared or wetlands are drained to produce these crops. A second impact in reducing the land area for food production is the increase in food prices.

What is worse is when poor people cannot afford higher prices of food due to poverty, then the alternative is hunger and malnutrition, as a recent research revealed.

If all this were not enough, another negative effect of agro-fuels is that in some cases, they are not efficient in reducing CO2 emissions. There was a basic concept at the beginning of agro-fuels use that in principle, these crops absorb CO2 while plants are growing, and then they emit a similar amount of CO2 to that of the other fuels when they are burnt, thus having a negative balance effect on CO2 emissions.

According to this initial description, the agrofuels absorb more CO2 during its growth as plants than what they eventually emit when mixed with burning fossil fuels. But this analysis forgets the inputs needed to grow these crops: water, energy for irrigation, fertilizers, and others. Considering all the inputs necessary to achieve these outputs, then the balance is reversed: agrofuels eventually emit more CO2 than they absorb.

The European Environment Agency (EEA) just released a report  that warns about this situation and proposes to look for more energy-efficient crops to make more attractive the final balance of CO2 emissions. The EEA proposes more energy-efficient crop combinations through, what is called, biofuels of second or third generation, which would be those that do not compete directly with food crops. These could be waste biomass and residues from forestry and agriculture, organic urban waste, or non-food crops such as perennials and grass.

It doesn’t look that this can be a real solution, as for example, crop residues are useful for soil fertility, and the production of non-food crops does not solve the problem of diverting the use of land. Therefore it is understood that the EU is in a process of reviewing its objectives, and considering to reduce to 5.5% the contribution of agro-fuels, something almost already achieved, since such fuels currently represent 4.7%. The recent vote in the Environment Committee of the European Parliament confirms that the EU recognized that this was an arbitrary measure, with very negative side effects and that in considering this, the path should not be followed. Even in the use of urban waste, for example, it will require a more detailed local cost and benefit analysis. Local options that are better evaluated are probably more successful than a global measure that ends up being ineffective and counterproductive.

The energy transition from fossil fuels to other renewable sources is an imperative of reason as we are dealing with a physically limited resource that will come to an end. Even if there are current efforts to explode these fields of oil and gas (such as oil fracking and shale gas) located in deep or inaccessible areas, in an attempt to prolong its life, and even if it means taking extraordinary risks through geological drilling or groundwater contamination, fossil fuels will eventually run out.

The transition to renewable energy sources is also becoming more urgent due to climate change and its impact on the land and resources. We must recognize that the path is not clear, and that it is possible that previous decisions taken with the information available then, now have to be revised.

In any case, we must avoid the economic interests of large corporations, oil and electricity, that want to impose a model that looks first at ensuring profitability of their business, and looking for sustainable sources of energy is a secondary priority. This time, the European Parliament has sent a positive message.

One thought on “Biofuels, an uncertain path”