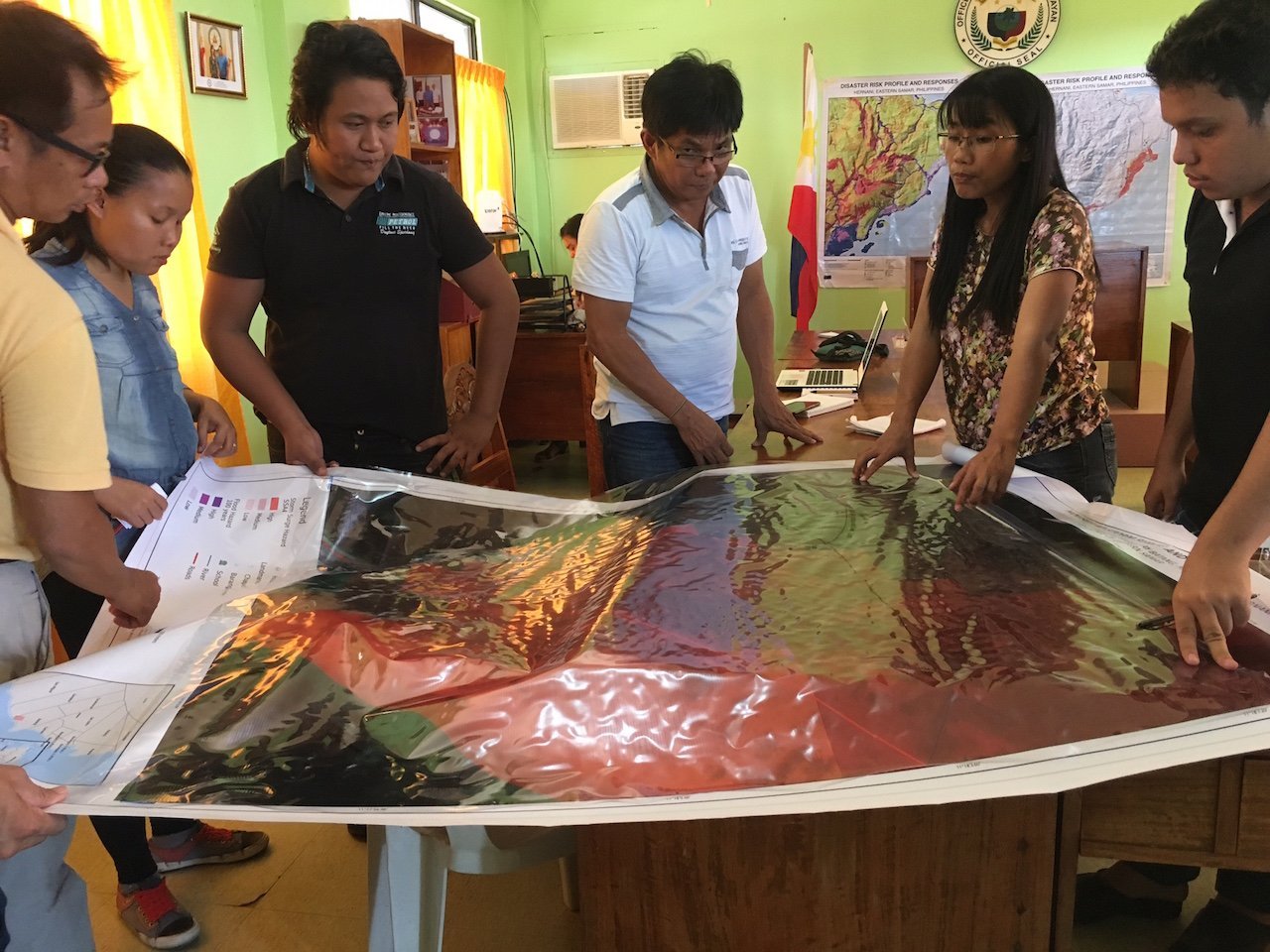 Xavier Network is providing critical assistance to Jesuit efforts in post-disaster response in the Philippines.  Simbahang Lingkod ng Bayan  and the Environmental Science for Social Change are Jesuit organizations under the Philippine Province of the Society of Jesus undertaking disaster risk reduction (DRR) activities with communities and local governments.

One of the discussions during the meeting with Xavier Network in Loyola in November 2015 was the need to understand the five phases in responding to a disaster where Phase 5 and Phase 1 are points of effective and sustainable response, as put together in the JCAP DRR protocol  and which the Philippine Province is using as a framework in disaster response and preparedness.  The protocol was also a useful reference when 25 Jesuit scholastics from Asia Pacific discussed the different hazards and disaster contexts in their respective countries during the 2015 workshop of the Scholastics and Brothers Circle in Tacloban.  A brief video of the scholastics’ experience in Tacloban can be viewed here. 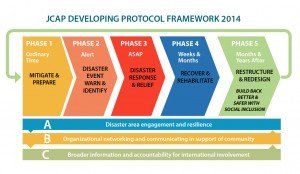 During a brief visit last month, Xavier Network project officer Cristina Fernández-Durán visited project sites in the Philippines, and from 4 to 11 July, went with SLB staff to Culion in northern Palawan where rehabilitation efforts are ongoing for Haiyan-affected areas and where a multi-purpose evacuation hall was constructed in partnership with the indigenous Tagbanua communities, the local parish, and with professional architects.  Previously, SLB requested ESSC’s assistance in understanding the relocation considerations in some areas in Culion.

In Region 8, Xavier Network is supporting the strengthening of local capacities for disaster preparedness in Eastern Visayas and Cristina joined the scheduled activities of ESSC with the municipalities of Marabut in Samar province and Hernani in Eastern Samar, and also with community partners.

Updates on the implementation of the work were obtained as local government staff completed GIS training using open source software to enhance their capacities for DRR planning.  There were also visits to the communities and whose evacuation plans and current housing concerns were shared.  ESSC brought these back to local government officials who assured that the relocation housing and evacuation centers are already integrated in their DRR plans and for implementation.

Further scoping of other post-Haiyan areas are ongoing for assistance in relocation as ESSC prepares for a regional forum on building back better to share the learnings and recommendations for ways forward with a broader group of national, regional and local government agencies, donor community and assisting organizations, community partners, professional groups of architects and engineers, media, and other stakeholders.