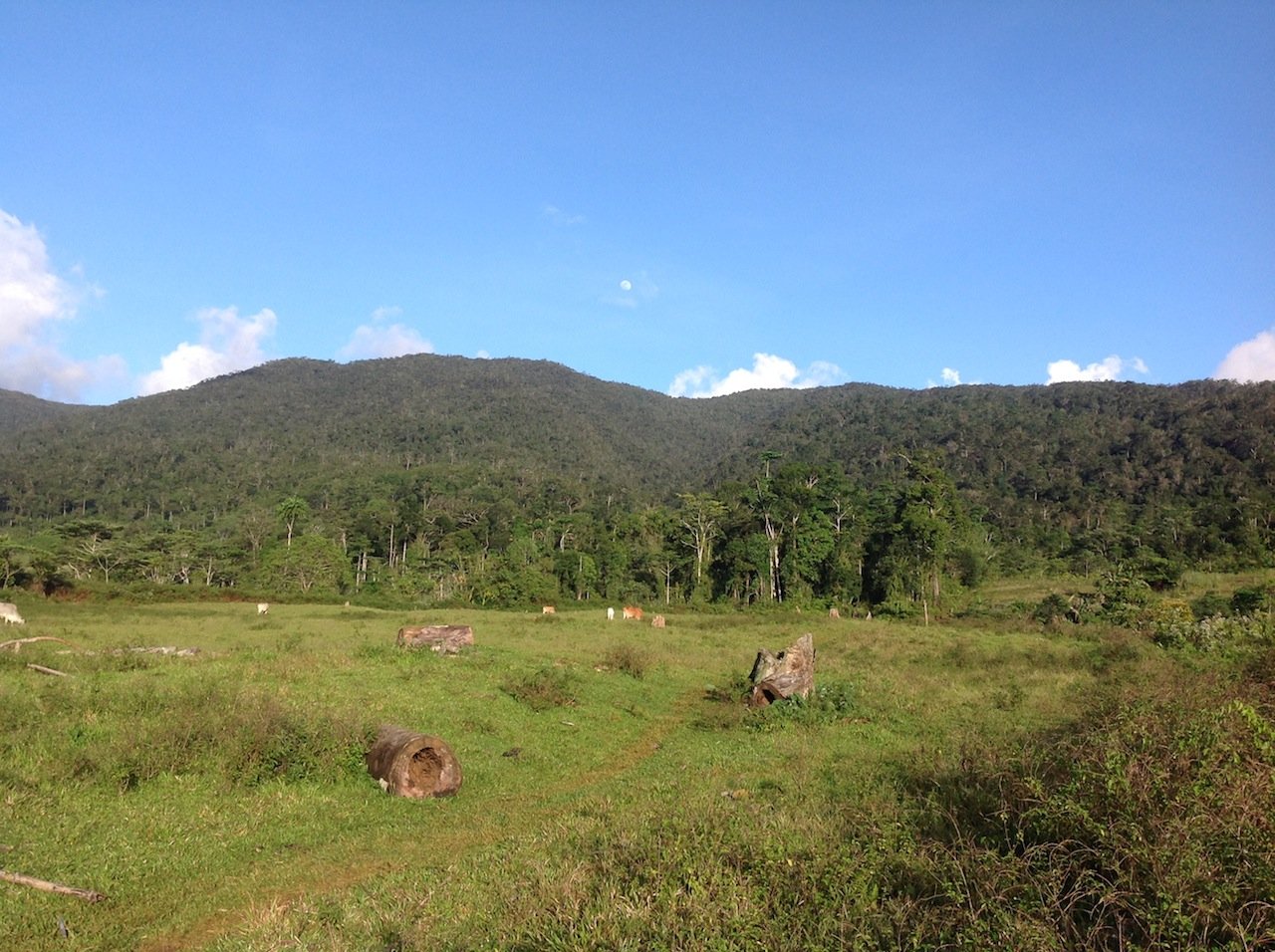 During the World Water Week 2013 in Stockholm, Sweden, Ecojesuit team members held interesting meetings with stakeholders from the field of environmental science and who are providing critical inputs in the responses and actions needed on contemporary global and local environmental and sustainability concerns.

First, we met with Johan Rockström, an internationally recognized scientist on global sustainability issues. He explained that we are putting a quadruple squeeze on Earth and these are: a) population growth, though the majority of the environmental impacts on the planet are caused by a rich minority; b) the climate agenda which is the big issue; c) the sharp ecosystem decline, the likes of which we have not seen in the past 50 years, and is weakening the ecosystem functions and services on the planet; and d) that we need to abandon our old paradigm that ecosystems behave linearly, predictably, controllably, because in fact, surprise is universal, as systems tip over very rapidly, abruptly, and often irreversibly.

Johan introduced us to the concept of ‘Anthropocene’ as a new geological era, where humans are the predominant drivers of change at a planetary level. We have evidence of this if we take any parameter that matters for human wellbeing to avoid future long-term damage to planetary systems and to the societies which depend on the concept of planetary boundaries (as distinct from identifying tipping points). They were designed for maintaining safe levels of human impact, but neither assumes, nor rules out, the existence of tipping points in the Earth’s system.

The good news is that we can transform this picture. Changes in society, ecosystems, and climate are increasingly interconnected, and large-scale shifts in one can become a driver of another. Such escalating connections, or connectivity, are critical issues for planetary resilience because of its potential to increase the likelihood of a contagious spreading of local regime shifts to larger scales.

In conclusion, Johan suggested that we work in the same direction because we speak and act in another dimension of the same topic, as we are also talking of responses to environmental sustainability through a change in values and shifts in attitudes and behaviours, which in turn can make changes in society and contribute to more creative and innovative responses and actions.

A second meeting was with the staff of the Stockholm Environment Institute (SEI) and several interesting conclusions were reached during this meeting. The Institute is working on different themes: managing environmental systems, reducing climate risk, transforming governance, and rethinking development. All these topics have a clear relevance with practical uses for local communities especially through SEI’s design toolkits. Ecojesuit potentially can be the communication platform to share information from this scientific institution to local communities as many of our subscribers work at community level.

As Johan Kuylenstierna, SEI Executive Director, said during the meeting, their research results have an impact only in the scientific community who are reading Science® or Nature® magazines, but the faiths have the possibility to impact on billion of believers and many amongst Ecojesuit readers have the knowledge to speak in a dimension of values.

These meetings allowed us see clearly that we are on the same wavelength with others in the environmental concerns we are communicating and engaging with and that we have to contribute to reach the same goal from our different perspectives in order to heal a broken world. Scientists, civil society, academic centres, social centres, local communities and organizations from different faiths and beliefs have to join and integrate efforts to make changes in society to turn towards sustainable development.

At the same time, we are also discovering numerous initiatives besides those in the field of science. Initiatives within academic institutions are examples. The Yale University holds the Forum on Religion and Ecology, an international multi-religious project. With its conferences, publications, and website, the forum is engaged in exploring religious worldviews, texts, ethics, and practices in order to broaden understanding of the complex nature of current environmental concerns. The forum recognizes that religions need to be in dialogue with other disciplines (eg, science, economics, education, public policy) in seeking comprehensive solutions to both global and local environmental problems.

The Loyola University of Chicago has the International Jesuit Ecology Project whose mission is to create a free online Living Text in environmental science for upper level secondary school and students, beginning in college, that addresses the major ecological challenges of our time from an integrated scientific, spiritual, and ethical perspective.

Civil society organizations are also trying to build these kinds of bridges with faiths and beliefs to contribute to healing a broken world. The World Wildlife Fund (WWF) is developing its program Sacred Earth: Faiths for Conservation that builds a global dialogue with religious leaders and faith institutions on ways to develop and enrich societal aspirations, values, and lifestyles that are ecologically sustainable and spiritually principled. WWF already works closely with the Alliance of Religions and Conservation, a secular body that helps the world’s major faiths develop environmental programs based on their own core teachings, beliefs and practices.

Ecojesuit also wants to build bridges with other faith-based organisations. For instance, the Islamic Foundation for Ecology and Environmental Sciences is a multi-dimensional organisation that networks worldwide with non-government organisations, international organisations, academic bodies, and grassroots organisations, and invites collaboration from institutions and individuals from all persuasions who are also dedicated to the maintenance of the Earth as a healthy habitat for future generations of humankind as well as other living creatures. CIDSE (Coopération Internationale pour le Développement et la Solidarité” which can be translated as International Cooperation for Development and Solidarity) is an international alliance of 17 Catholic development agencies from Europe and North America, working with people of all faiths and none. Its priority issues are development finance, food, climate justice, and business and human rights.

In 2014, Ecojesuit will start inviting these and other organisations to share with us their work and visions to heal, care, and conserve our common home: Mother Earth.