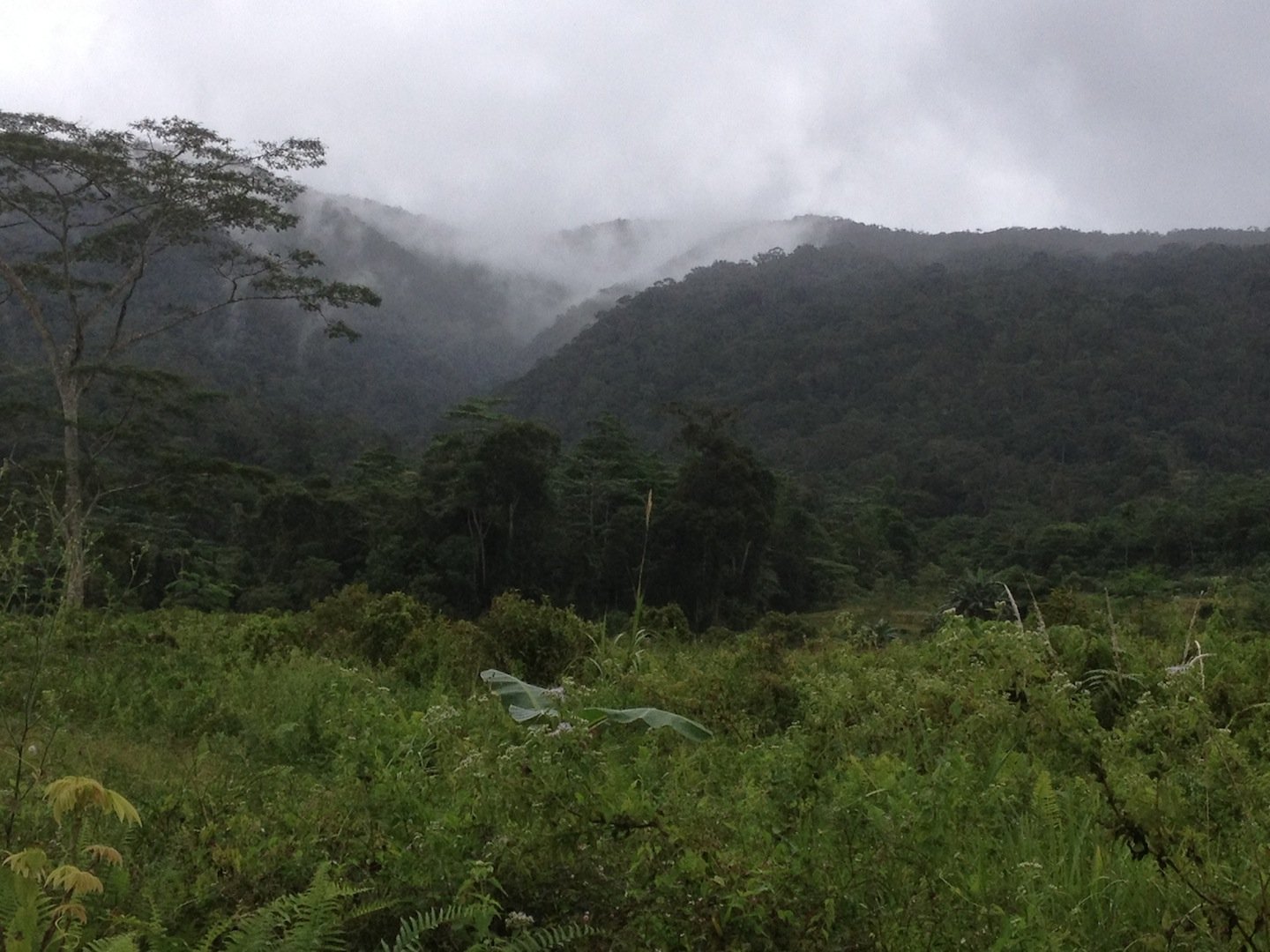 Cura personalis, homines pro aliis, and magis have long been key themes of Jesuit education. Care for the whole person, men and women for others, or maybe men and women together for others, and excellence – the never ending search for improvement – are foundation stones upon which many, perhaps all, Jesuit educational institutions built their approaches to teaching, research, and service.

Many non-Jesuit, non-Catholic, and non-Christian universities would also very likely agree that these three themes are deeply consistent with how they see their own missions, even if they might not use those particular Latin words to capture their own commitments. In many ways, those words are also guides to the good life – to lives well and richly lived.

Recent events, however, are suggesting ever more strongly that we, as educators and as citizens, and simply as members of the human species, are called to make explicit a fourth foundation stone for our commitments to serve our communities and ourselves.

That fourth foundation stone is “care for God’s creation” or whatever phrase each individual may be most comfortable with. In the deepest spiritual sense, care for God’s creation refers to the call to meet our obligation to honor the loan of this planet that we have been given responsibility for, at this time in the planet’s very, very, very long existence and in our almost infinitesimally short length of time on it. In a purely practical and perhaps even selfish sense, this call refers to the need to protect the planet’s capacity to support our immediate personal existence and the existence of our own species. Of course, we also have both a spiritual and a selfish obligation to protect the survival of all species, not just our own.

For all educators, this call is to our commitments in teaching, in research, and in service. For those of us in Jesuit universities, the call to recognize and act on that fourth foundation stone is particularly and increasingly clear and compelling.

I will comment briefly on possible responses to those three questions that might speak particularly to faculty and administrators of Jesuit business schools and universities, and might in turn offer those schools and universities a special opportunity to continue the Jesuit tradition of “changing the world.” (from Heroic leadership: Best practices from a 450-year old company that changed the world by Chris Lowney, 2003)

It has long been clear that the impact of the ways we produce, consume, and populate this planet are stressing the planet’s capacities beyond its ability to continue providing what is being taken from it and to absorb what is being disposed on and into it. However, ameliorative actions are tragically slow and inadequate for meeting the challenges we are facing. In the domain of education, Jesuit universities and business schools may have a somewhat better record than many other institutions in wrestling with the challenges of a progressively more unsustainable way of being on this planet, but we all know we can do a great deal more.

Two recent events and the words of the three latest Popes may provide a strong call that we will hear and which might encourage us to rededicate ourselves to caring for our common and only earthly home and in caring for that home, to honor our long-standing commitments to social justice and poverty alleviation by protecting those of our fellow human beings who are most vulnerable on a deteriorating planet.

Strong and repeated calls to committed action by these three Popes, the issuing of the report of the Jesuit Task Force on Ecology, and the very high level workshop Sustainable Humanity, Sustainable Nature: Our Responsibility held at the Vatican on 2 to 6 May, all call for a renewal and expansion of our actions to heal our broken world.

The calls for action from the three Popes are far too many to begin to list (for example, simply Googling a Pope’s name along with such words as “climate change” or “sustainable development” yields a rich collection of past and recent statements, along with discussions of those statements).

A quarter-century ago, Pope John Paul II said, “The gradual depletion of the ozone layer and the related ‘greenhouse effect’ has now reached crisis proportions.” He added urgent calls to action in that World Day of Peace message in January 1990  and in many other such statements during his lifetime and papacy.

In September 2007, Pope Benedict XVI, in his Letter to the Ecumenical Patriarch of Constantinople on the Occasion of the Seventh Symposium of the Religion, Science and the Environment Movement, observed that “(p)reservation of the environment, promotion of sustainable development and particular attention to climate change are matters of grave concern for the entire human family.”

And in May 2014, after a five-day summit on sustainability held in the Vatican, Pope Francis addressed a massive crowd in Rome and made the religious case for tackling climate change:

“Safeguard Creation,” he said. Because if we destroy Creation, Creation will destroy us! Never forget this!”…“Creation is not a property, which we can rule over at will; or, even less, is the property of only a few: Creation is a gift, it is a wonderful gift that God has given us, so that we care for it and we use it for the benefit of all, always with great respect and gratitude,” Francis said. “But when we exploit Creation we destroy the sign of God’s love for us, in destroying Creation we are saying to God: ‘I don’t like it! This is not good!’ ‘So what do you like?’ ‘I like myself!’ – Here, this is sin! Do you see?”

The report of the Jesuit Task Force on Ecology, Healing a Broken World, urged that (although “suggested” might be a better term) the Jesuit community to consider sweeping, transformative-level changes in all aspects of its work and way of being, from top to bottom, from the formation of novices to the management of physical facilities and the making of financial investments. Jesuit universities are invited, in part, to “commit (themselves) to an experiential learning environment where students are immersed in real-world environmental issues, learn to develop solutions and leave the university transformed by the experience;” to “develop on campuses an environmental ethic where students, faculty, staff and administrators participate in lowering consumption and increasing reuse and recycling, and are committed to reducing the campus environmental footprint and greening the campus;” and to “develop curricula that address sustainability issues and impart a certain level of environmental literacy.” (from Promotio Iustitiae 106, 2011/2:46)

The summary report on the 38 expert papers presented during this joint workshop in May 2014 and the discussions that followed, provided calls for action in seven domains, all potentially of interest to Jesuit and all other business schools. Parts of these domains include “the living conditions of poor populations,” “measures (that) can contribute to mitigating the role of a continued anthropogenic climate change,” reconsidering “agricultural practices …, including those introduced by the green revolution, in order to minimize undesirable environmental impacts in the longer term” and consideration of the “negative impacts on sustainable life conditions by the increasing density of the human population.”

Of course, those calls are echoed in many, many others.

When similar, but far less extensive calls for change were made during the unfolding of the quality revolution in the second half of the last century, the magnitude of that change was likened to “eating an elephant” – a task which seemed impossibly large and overwhelming. But it was undertaken by many individuals and organizations, one step at a time. Or as the quality leader Joseph M. Juran said many times about eating the elephant of quality transformation, the way to do it is “one bite at a time.”

Where might members of Jesuit business schools and universities look for a bite of business education and societal transformation small enough and tasty enough to take and chew on?

Well, one tiny bite might involve contributing to finding a Latin word or phrase to join Cura personalis, Homines pro aliis, and Magis, and, in doing so, to call attention to the fourth foundation of Jesuit education and Jesuit-inspired service. That tiny bite might be a particularly fun one for this journal to start chewing on – perhaps in partnership with an organization/media platform like Ecojesuit. Ecojesuit might host a dialog on the topic of “what Latin phrase for ‘caring for God’s creation’, or some similar English phrase you prefer, would we like to try on for size for a while to see how it fits and feels?”

And, with at least a working version of that Latin phrase coming to hand (or better yet, finding its way to our tongues), perhaps the conversation can be started on our campuses about formally adding a fourth foundation stone to Jesuit education’s mission in business and beyond.

And perhaps exploring that phrase and conducting conversations about possibly adding it to our mission statements and making it part of the foundation stones of Jesuit education might start influencing the decisions we make about teaching, research, and service.

And perhaps such conversations and emerging decisions and actions in Jesuit business schools and on Jesuit university campuses might begin to be heard on other campuses and in the executive suites of those very organizations currently committed to succeeding at business as usual, even if such success will sooner or later be fatal to those organizations and perhaps a lot sooner than they and we currently realize.

And perhaps progress in the search for a few words in Latin and the resulting conversations on Jesuit campuses about a fourth foundation stone might be reported at the combined annual meetings in 2015 of the Colleagues in Jesuit Business Education and the IAJBS World Forum at Universidad Católica del Uruguay in Montevideo, Uruguay.

Actually, a little bit of that conversation seems already to have started. A number of individuals, perhaps a great many, have begun talking and writing to each other about what Latin phrase might capture and communicate a fourth core foundation stone of Jesuit education. At least six phrases have come to our attention: cura orbis terrarium; cura mundus et natura; cura terra; cura naturaeque personalis; cura personalis, cura mundi; and cura naturalis. 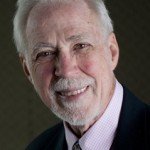 James “Jim” Stoner is a professor of management systems at the Fordham Schools of Business at Fordham University in New York, USA. Before beginning his academic career, Professor Stoner was a project development officer for the Ministry of Commerce and Industry in the government of Tanganyika, now called Tanzania. He holds a PhD and an MS from the Massachusetts Institute of Technology and a BS from Antioch College. He can be reached through his email stoner(at)fordham.edu.

Except for the revised title and some minor text changes, this article is reprinted in full with permission from the editorial board of The Journal of Management for Global Sustainability, where this editorial titled “Cura Personalis, Homines Pro Aliis, Magis and …?” was published in its Volume 2 (2014) issue.

4 thoughts on “Caring for creation: The fourth foundation stone in Jesuit education commitment to teach, to do research, and to serve”