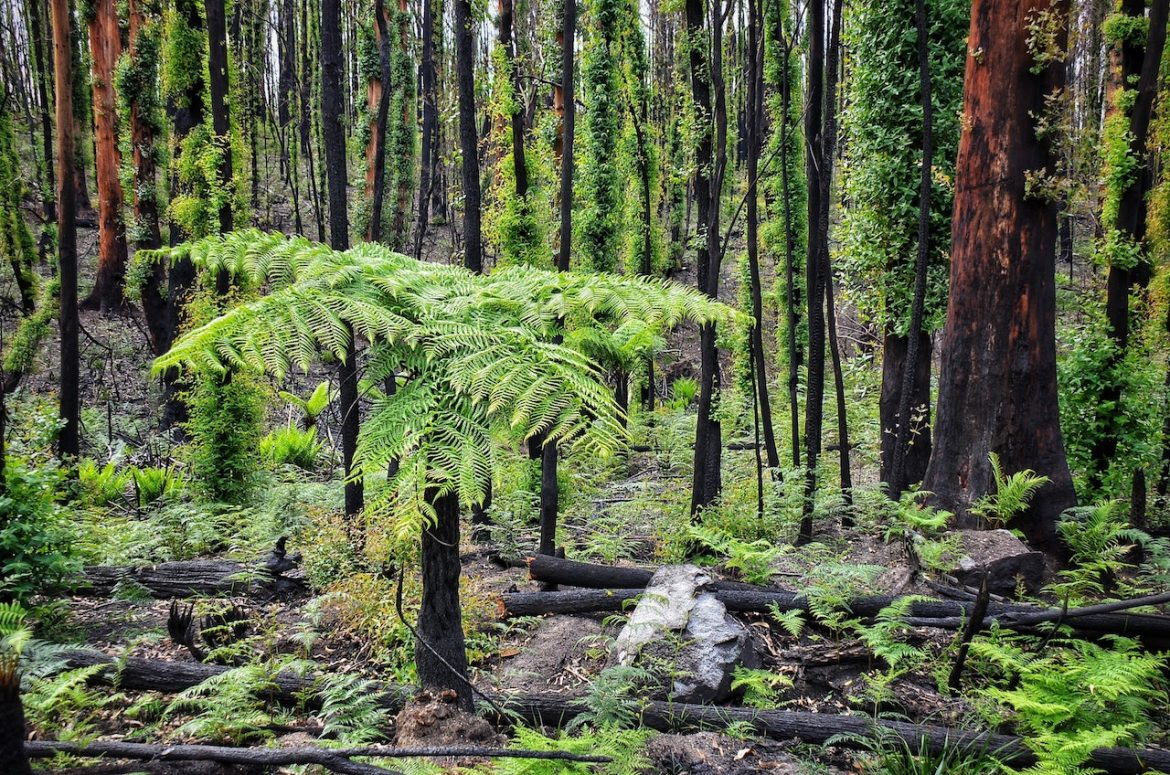 Building resilience to the impacts of climate change in the community sector to protect the health and wellbeing of those most marginalized is a key activity of the newly established Centre for Just Places at Jesuit Social Services in Australia.

Through climate adaptation and resilience training workshops for the community sector and local governments, the Centre helps build capacities to understand the impacts of climate change and the implications for the community, their services, and their responsibility to adapt.

These workshops are organized and delivered with community service organisations (CSOs), local governments and communities, to build resilience to the inequitable and disproportionate impacts of climate change. CSOs work at the frontlines in providing critical support for those in the margins. This is particularly true during periods of extreme weather such as bushfires, heatwaves, storms, and droughts, often fueled by climate change and which impact marginalised populations hardest and first. CSOs however, are themselves vulnerable to service disruption through these periods of heightened need.

The establishment of the Centre for Just Places has been an illuminating journey for Jesuit Social Services, a social change organisation in Australia that has embedded ecological justice in its work for nearly a decade, guided by Ignatian spirituality, the Universal Apostolic Preferences, and the call of Laudato Si’. Jesuit Social Services works across a range of areas, including justice and crime prevention, mental health and wellbeing, settlement and community building, gender justice, and education and employment, with the aim of building a just society where all people can live to their full potential.

The IPCC AR6 Report, Laudato Si’ and the transformational approach in adapting with, not to, climate change

The urgency of the Centre’s work was made all the more clear with the release of the latest report from the Intergovernmental Panel on Climate Change (IPCC) on 9 August.

The IPCC report highlights that “climate change is already affecting every region on Earth in multiple ways” and projects that “in the coming decades climate changes will increase in all regions. For 1.5°C of global warming, there will be increasing heat waves, longer warm seasons and shorter cold seasons. At 2°C of global warming, heat extremes would more often reach critical tolerance thresholds for agriculture and health.”

Widely accepted approaches to responding to climate change often focus on mitigation, efforts to reduce greenhouse gas emissions such as renewable energy, waste management and efficient transportation, or adaptation, actions to reduce risk and vulnerability to the current or projected impacts of climate change.

In the 2011 book Adaptation to climate change: from resilience to transformation by Professor Mark Pelling from King’s College London, he talks about shifting our thinking from adapting to climate change, towards adapting with climate change. It is a small but significant shift. Pelling argues that we need to understand adaptation as a development problem, presenting a real opportunity “to tackle the causes of vulnerability at their roots.”

Adapting with climate change is about shifting from responding to crisis, or disaster-driven responses, to building a better world and internalising adaptation in everything we do. This requires transformation at all scales – from our organisations and communities, to our cities and regions, across sectors and across nations.

This transformational approach to climate change guides the work of the Centre and builds our capacity to embrace the call of Laudato Si’ to “hear both the cry of the Earth and the cry of the poor,” including a commitment to both mitigation and adaptation.

In Laudato Si’, Pope Francis suggests that “strategies for a solution demand an integrated approach to combating poverty, restoring dignity to the excluded, and at the same time protecting nature.” Aligning with Pelling’s ideas of transformation, the environment, as Pope Francis notes, becomes “an integral part of the development process and cannot be considered in isolation from it.”

Responding to extreme heat in Melbourne

A critical climate change impact is the escalation of heatwaves, and in Melbourne, a city in southeastern Australia, heatwaves have become more extreme in recent years.

Heatwaves are common in Australia and while they are driven in part by natural phenomena, there is increasing evidence that carbon dioxide emissions are a key driver with climate projections anticipating an increase in frequency and severity of heatwaves in Melbourne in the coming decades. Understanding heatwaves is a two-minute video from the Australian Bureau of Meteorology that explains the different types of heatwaves experienced.

In a study by L Coates et al in 2014, Exploring 167 years of vulnerability: An examination of extreme heat events in Australia 1844-2010, it was found out that from 1900-2011, extreme heat caused more deaths in Australia than all other natural disasters put together.

Vulnerability to heat is not felt equally across the city. For example, some suburbs experience higher temperatures due to the urban heat-island effect and limited tree canopy cover. Many low-income renters in poor quality housing are unable to afford to insulate their homes or run an air-conditioner (if they have one), and some groups have higher rates of underlying illness such as cardiovascular disease that are exacerbated by heat, including Aboriginal and Torres Strait Islander communities.

This brings into focus the intersecting challenges of addressing locational disadvantage and mitigating climate change impacts that exacerbate pre-existing vulnerabilities.

Led by the Catholic Social Teaching of subsidiarity, there is acknowledgement that local, community-based organisations hold the knowledge and relationships with the community to best understand the vulnerabilities, strengths, and appropriate responses in particular places.

To draw out this knowledge and enable the co-creation of collaborative responses, the Centre’s climate adaptation and resilience workshops for CSOs first build a common literacy around climate change. A scenario exercise is then used to map the cascading and complex impacts of extreme weather such as heatwaves on community members and organisations.

Concerns identified include increased aggression due to heat that lead to higher rates of family violence during and after disasters, isolation and trauma in the elderly, and consecutive hot nights disrupting sleep leading to reduced concentration and learning at school.

The workshops illustrate the power of bringing into conversation the sharing of knowledge and concerns and the participation of cross-sector of organisations from the same geographic area. These sectors include representatives from services in housing and homelessness, mental health, settlement, community development, disability, education and gender justice, as well as religious leaders and local government.

Collaborative responses to local impacts identified by the workshop group become realisable, as the conversation quickly goes beyond emergency management towards a deeper understanding of what needs to be done together to systemically transform the response to climate change.

These workshops shift ideas of adaptation from responding to crisis, or disaster-driven responses, to a more transformational approach, building a better world and internalising adaptation in everything we do.

Through the workshops, participants together map the underlying drivers of vulnerability and understand how addressing these drivers, work the community service organisations have been doing for many years, is in fact contributing to building resilience and climate change action with a renewed sense of urgency and a willingness to collaborate across sectors.

The workshops serve as a critical conversation starter, building a common understanding of climate vulnerability and community needs in each local government area and catalysing future collaboration.

In one area of northern Melbourne, for example, relationships developed through the workshops enabled a deeper engagement with at-risk community members to capture their lived experience of climate change and inform local government adaptation policy and programs. Elsewhere, community services come together to commit to developing a collaborative climate action plan in their local area.

Through the teachings of the Fratelli Tutti and Laudato Si’, and our own accompaniment of those encountering the justice system, recently arrived migrants, and those experiencing homelessness, we understand that while climate change affects everyone, it is the poorest and most marginalised who are most impacted.

There is a critical need to build an understanding of the inseparable nature of environmental and social justice to discern our role in responding to the ecological crisis within this sector.

The Centre for Just Places is committed to embedding the difficult and highly rewarding systemic and relational work of climate change transformation to tackle entrenched social disadvantage and enable ecological justice at this challenging juncture in history.

Jack Piper is the Ecological Justice Support Officer at the Centre for Just Places-Jesuit Social Services. For questions or comments, please email jack.piper@jss.org.au.