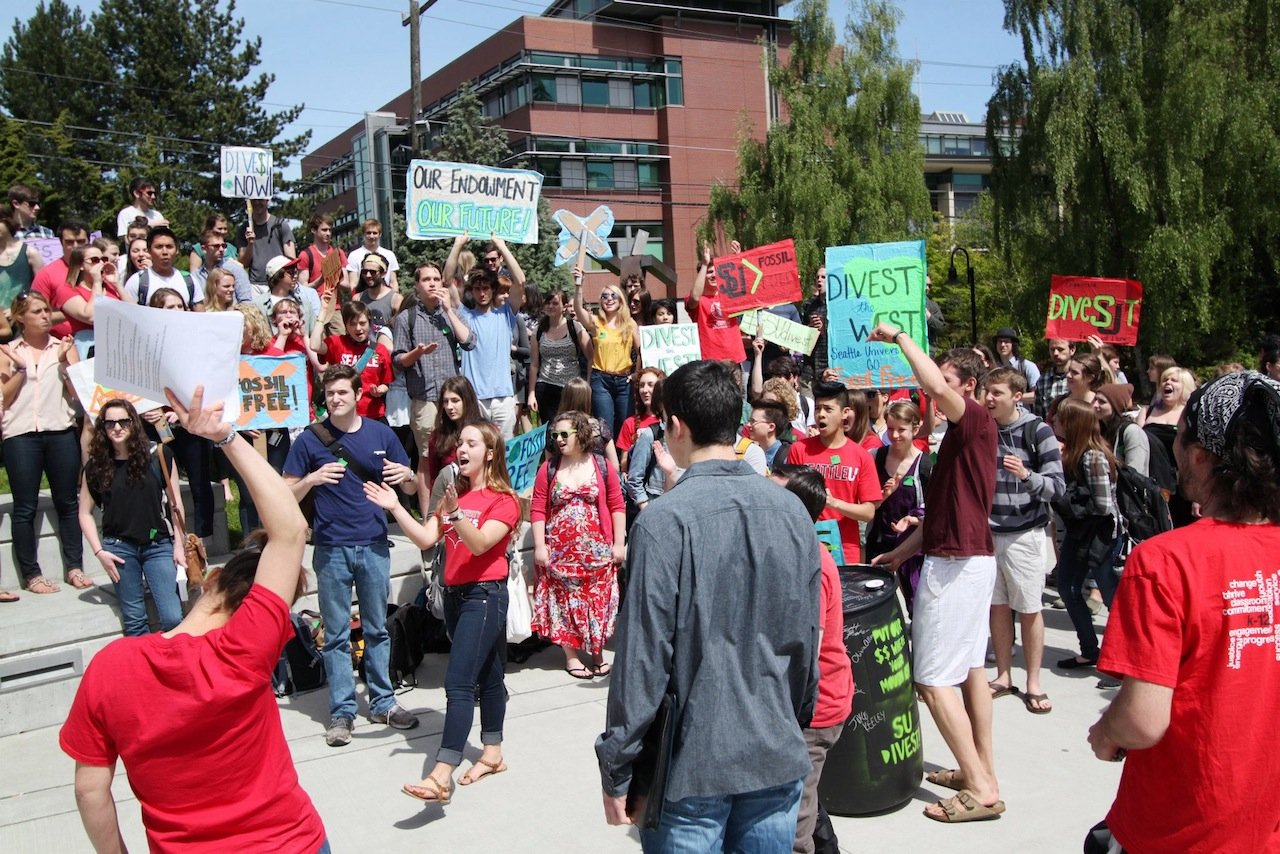 A sign of a profound cultural awakening, the essential elements of a Sacred Life and Living Earth story are beginning to emerge and it is a story with deep spiritual roots.

We humans are living beings born of a Living Earth – our home and source of nurture. Real wealth is living wealth. Money is just a number. Money is useful as a medium of exchange. Nothing more.

Life exists only in community. We prosper only as Earth prospers. We all do best when we all do well in a world that works for all.

Fortunately, it is our human nature to care and to share to the benefit of all. Individualistic violence, greed, and ruthless competition surely exist, but they are indicators of deep individual and social dysfunction.

The purpose of the economy and its institutions is to provide all people with the opportunity to make a healthy, meaningful living in a balanced co-productive relationship with Earth’s community of life.

This story provides a framing vision for a Living Economy that is rooted in community, works with nature, meets the needs of all, and gives every person a voice in the decisions on which their well-being and that of the whole depend.

The Sacred Money and Markets story

We are dealing with a monumental global system failure centered in institutions that do not serve and that ultimately must be replaced. Unless we deal with that reality, our efforts amount to trying to bail out a ship that is sinking fast because it has a hole in its bottom a whole lot bigger than our bailing bucket.

The failure centers on values and power – yielding power to corporations that, by their structure, value life only as a means to make money. Marginal adjustments to the system, say a few regulations here and there or saving a few unfortunates from the ravages of corporate greed, may slightly slow the damage but will not change the outcome.

The corporations that currently drive our economy are doing exactly what they are designed to do – concentrate financial wealth in the hands of the few at the expense of the many and nature. A viable and truly prosperous human future depends on a deep cultural and institutional transformation.

The first step is to make a clear choice between life and money as our defining value. In one of his many insightful homilies, Pope Francis spoke of the idolatry of money – the worship of money as a false god.

For contemporary society, making money has become life’s purpose, shopping a civic duty, financial markets our moral compass, institutions of finance our temples, and economists the priests who provide absolution for our personal and collective sins against life.

Choosing money over life, we acquiesce to rule by global financial markets gamed by high-speed computers that in turn control the money-seeking corporate robots that strip away the moral sensibility of those in their employ and that view people and nature as commodities to monopolize and exploit for financial gain.

At their core, the issues are deeply spiritual. They have roots in our answers to the most basic of questions. From where have we come and why? What is the nature of the universe that gave birth to Earth that in turn gave birth to us? For what purpose were we born?

According to the conventional teaching of the Abrahamic religions and its contemporary distortions, we are the creations of a distant patriarch, an all-powerful, all-knowing God who lives in a far place called heaven and rewards our obedience with a place of eternal bliss by his side in the afterlife. Whatever exists is by his will. He wants us to be rich and rewards his favored with wealth and power. So get with the program. Go for the money.

By the conventional teaching of a science that remains stuck in the frame of an old and outdated story, we are the product of a mechanical universe that is much like a big clock playing out its destiny as its mighty spring unwinds toward ultimate energy death. Life is merely an accidental outcome of material complexity and has no purpose or meaning. Consciousness is an artifact of physical processes in the brain. Free will is an illusion. Wow. That’s depressing. I think I’ll go shopping.

We end up living by what we might call a Sacred Money and Markets story constantly repeated by corporate media and our corporatize educational institutions. We are assured that:

Those who make money are society’s wealth creators. Their affluent lifestyles are their just reward. Material consumption is the path to happiness.

We humans are by nature individualistic competitors. Fortunately, the invisible hand of the free market turns our individual greed into maximum wellbeing for all.

Inequality and environmental damage are regrettable. They are, however, the necessary and unavoidable collateral damage of a growing GDP that ultimately creates prosperity for all. Economic growth will eventually create the financial wealth essential to end poverty and drive technological innovation that will free us from our cruel and confining dependence on nature.

If you have ever heard this story, how many of you have noticed that its every assertion is false? It is a fabricated story that promotes and legitimates the idolatry of money and corporate rule. It is bad ethics, bad science, and bad economics. The devastating consequences become ever more evident.

We tend to accept it because it is the only story we hear. Those of us who seek justice, environmental sustainability, and peace organize around issues rather than a unifying story. Commonly we make our case within the Sacred Money and Markets story frame – for example when we argue greater equality would be good because it will accelerate economic growth. We turn to the corrupt story because we have no unifying counter story of our own.

This counter to the Sacred Money and Markets story is grounded in a realization that as contemporary science actually describes the unfolding of the universe, it is far more like a seed bursting forth to grow into a magnificent flowering tree than like a mechanical clock winding down.

The living seed description is consistent with a Living Universe cosmology that suggests, in line with the insights of the mystics, that all of creation is the manifestation of a conscious spiritual intelligence seeking to know itself by manifesting in a creative journey of self-discovery as it unfolds toward ever greater complexity, beauty, awareness, and possibility.

By this reckoning, all beings – stars, energy particles, star systems, planets, humans, animals, plants, rocks, and rivers – are both expression and agent of the spirit; each with its place and purpose in a process that reveals an extraordinary capacity for intelligent, purposeful self-organization at all system levels.

In the early stages of Earth’s evolutionary journey, the simplest of life forms worked with the forces of Earth’s geological processes to transform every aspect of Earth’s crust, waters, and atmosphere to create and maintain conditions distinctive to Earth and essential to the emergence of more complex life forms – like humans.

This extraordinary partnership now continuously regenerates Earth’s soils, rivers, aquifers, fisheries, forests, grasslands, and much more to sustain the life of the whole. All the while, this wondrous self-organizing community maintains a climatic balance, temperature, and chemical composition of Earth’s oceans, landmass, and atmosphere wholly unlike conditions on any of Earth’s planetary neighbors.

Equally extraordinary, over billions of years, Earth’s diverse species filtered excess carbon and a vast variety of toxins from Earth’s air, waters, and soils to sequester them deep underground. In so doing they created environmental conditions suited to the birth of a species with a capacity for conscious, creative, self-reflective choice far beyond any other.

Now, in a collective trance induced by the idolatrous Sacred Money and Markets story, we of that species devote our best minds and technologies to extracting and releasing those sequestered carbons and toxins back into Earth’s atmosphere, waters, and soils to suppress Earths natural processes to make money, which exists only as numbers on a computer hard drive. And we think we are so much more intelligent than Earth’s other species.

Changing the future through the Sacred Life and Living Earth story

The work of our time is to learn to live, with appropriate humility, in alignment with the structures and processes of Living Earth.

Those who work in the service of money seeking corporate robots that value money more than life control the story by which we organize as a society. We who choose to live in service to life, must find our story and bring it to the fore of the human consciousness. Of all our institutions, the Jesuit universities may be one of the best positioned to lead us in finding that story.

The Sacred Life and Living Earth story is a story in the making. It provides a unifying story frame for all the initiatives described during this conference and much more. Fully developed, it has the potential to give our lives deep meaning, purpose, and direction. It is an elaborated version of the story I believe lives in the human heart and it has an authentic power to expose and displace the Sacred Money and Markets story as the framing story of human society.

Let us embrace this moment as an opportunity to claim and express our true nature as living beings inhabiting a living Earth born of a living universe. Let us accept responsibility for our self-aware agency and learn the arts of living in a conscious, interconnected, and evolving world. Let us rethink and restructure our institutions to align power with life as we seek our place of contribution to creation’s continued unfolding.

Our future is ours to choose. Change the story. Change the future. We are the ones we’ve been waiting for.

This article is from David Korten’s closing plenary on “Spirit, Justice, and a Living Economy for a Living Earth” last 9 August 2014 during the Just Sustainability: Hope for the Commons conference of the Center for Environmental Justice and Sustainability, Seattle University. 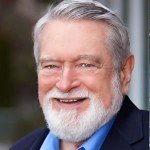 David Korten is co-founder and board chair of YES! Magazine, co-chair of the New Economy Working Group, president of the Living Economies Forum, an associate fellow of the Institute for Policy Studies, and a member of the Club of Rome. This presentation is based on his forthcoming book Change the Story, Change the Future: A Living Economy for a Living Earth, available on February 2015.

David has MBA and PhD degrees from the Stanford Graduate School of Business in Stanford, California, USA. His earlier work included service as a captain in the US Air Force, a Harvard Business School professor, a Ford Foundation project specialist, and Asia regional adviser on development management to the US Agency for International Development. He lived and worked for 21 years as a development professional in Ethiopia, Nicaragua, Philippines, and Indonesia.

His previous books include Agenda for a New Economy: From Phantom Wealth to Real Wealth, The Great Turning: From Empire to Earth Community, and the international best seller When Corporations Rule the World.