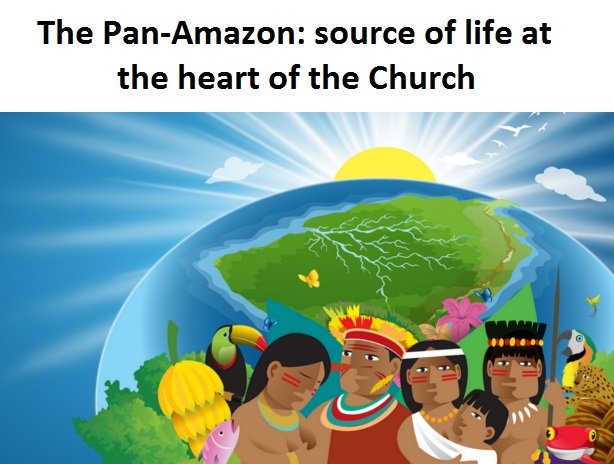 The Pan-Amazon Ecclesial Network (Red Eclesial Pan-Amazónica or REPAM in Spanish), officially established in September 2014 as “a response to the urgent need to care for life in harmony with nature, building on the ample and diverse presence of the Church in Pan-Amazonia” made presentations last month to the Vatican and to the Inter-American Commission on Human Rights in Washington, DC, in the US.

In declaring the creation of REPAM, Pan-Amazonia is recognized as the “source of life in the heart of the Church” and representatives from 11 countries “came together like the confluence of many rivers” where “hope flowed freely” and wanting “to give life and to give it in abundance.”

The Amazon rainforest is the largest in the world and the Amazon River, the world’s largest river in terms of discharge, drains about 6.9 million square kilometers or about 40% of the entire South American continent. But areas outside the basin are included when people speak about the Amazon, and this Pan-Amazonia region ranges from 7.7 to 8.2 million square kilometres. This area includes portions of eight South American countries: Brazil, Bolivia, Peru, Ecuador, Colombia, Venezuela, Suriname, and French Guiana. Indigenous Peoples who continue to live in the Amazon are poorly quantified but around 20 million people in eight countries are classified as indigenous. (Source: Mongabay)

This vast natural and cultural resource of the Earth is experiencing devastation and threatened by concessions transacted by nation states to transnational corporations. It is in this context that the Latin American Catholic Church has come to support farmers and Indigenous Peoples who deal with abuses by the extractive industries sector in the Amazon, which in turn are damaging the environment.

Last 19 March, Peruvian Archbishop Pedro Barreto, Guatemalan Bishop Alvaro Ramazzini, and Bishop Roque Paloschi of Brazil testified before the Inter-American Commission on Human Rights on the impact of exploitative practices of mining and extractive industries on communities and the environment in Latin America. Archbishop Barreto, chairman of the Department of Justice and Solidarity of CELAM (the Latin American Episcopal Conference) presented the serious concern of the Church about the formal and informal extractive industry and wanted to communicate the suffering of those facing the consequences of “devastating and threatening” extractive activities that are “without a human face and unethical.” Cases of violations of the rights of people and their natural environment in several Latin American countries were also shared. 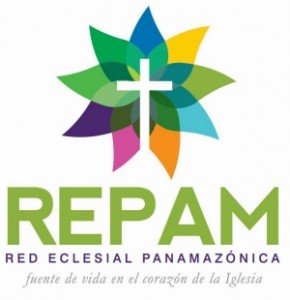 Earlier, the bishops reaffirmed their commitment to the Amazon with a press conference to present REPAM at the Vatican on 2 March. Cardinal Peter Kodwo Appiah Turkson, president of the Pontifical Council for Justice and Peace, provided the opening speech and described the main characteristics of the network – that it is transnational, it is ecclesial, and its commitment to the defence of life.

Cardinal Claudio Hummes, OFM, president of the Commission for Amazonia of the National Conference of Bishops of Brazil shared through an audio message that REPAM “represents a new incentive and re-launch of the work of the Church in Amazonia, strongly desired by the Holy Father.” It is a Church that wishes to be “a missionary Church, merciful, prophetic, and close to all the people, especially the poorest, the excluded, the discarded, the forgotten and wounded.” And with reference to the meeting of Pope Francis with the bishops of Brazil in July 2013, “it is a Church with an Amazonian face and a native clergy.”

In an interview with Ecojesuit, Mauricio López, Executive Secretary of REPAM and Director of Cáritas Ecuador and who joined the delegation in Washington, he explained that the network is not a rigid body and is very flexible, ensuring effective action across borders in a single State to take place. These cross border actions require much synergy among network members in the various countries of Pan-Amazonia. 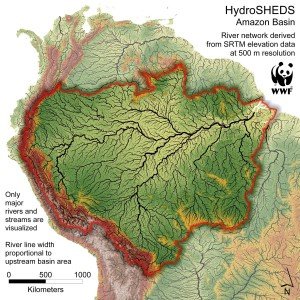 He expressed a Pan-Amazonian vision that incorporates exchanges among dioceses and church organizations throughout the region. The objective is to identify where there are urgent concerns and provide the necessary assistance and accompaniment. “We needed a platform to connect so that more territories in conflict zones can be supported and more constant monitoring is ensured. These are some of the aspirations of REPAM,” said López.

Indigenous Peoples are high up on the agenda and REPAM is preparing for the coming year a large meeting with congregations and leaders of indigenous communities and relevant groups, López informed Ecojesuit.

REPAM is thus challenged to actively take up its mission statement “to create in the Americas an awareness of the importance of Amazonia for all humanity, to create in all local churches of the Amazon basin an integrated pastoral approach with specific priorities in order to promote a model of development that privileges the poor and serves the common good.” (Aparecida Document 475)