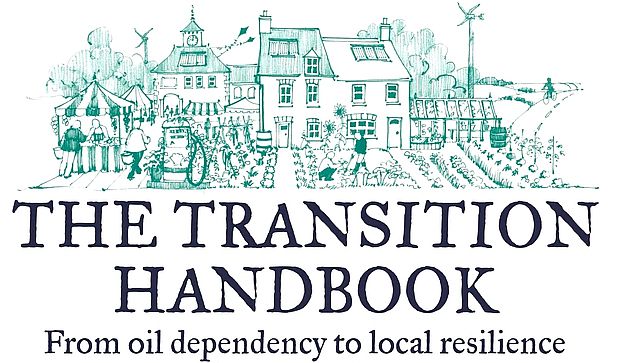 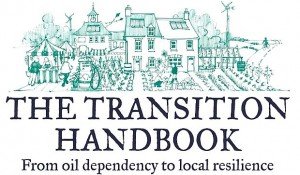 Consensus exists among analysts that oil reserves are finite: oil extraction has peaked and will soon start to decline.  The decrease in production, accompanied by an increase in demand, will necessarily result in rising oil prices.  The era in which oil was plentiful and cheap seems to have reached its end.

Our social organisation, however, has long been based on an easy access to fossil fuels.  It must be rethought in terms of this new situation.  The pressing question is about building resilience to the depletion of oil resources: how can we achieve a conflict-free transition from a society highly dependent on fossil fuels to a society in which those resources are scarce?

It is this dynamic in which the Transition movement is situated.  The movement, initiated by Rob Hopkins, professor of permaculture at Kinsale College of Further Education in Ireland, was born in 2005.  Today, a multitude of projects are under way across European and other Western economies.  They have the striking characteristic of being initiated and organised by citizens themselves.  Since the goal of these movements is to prepare a transition to an economy less dependent on oil, there is also a focus on the issue of global warming.  If we do not consider both aspects in their interdependence, the search for a solution in one aspect is likely to cause negative externalities for the other.  In view of these twin challenges of oil depletion and globally rising temperatures, only one solution sounds convincing: to reduce energy consumption drastically.

In view of such restraints, transition initiatives are part of a process of de-growth.  Given the world’s dependence on oil extraction, its finitude and the increase in its price go hand in hand with an economic recession.  The aim of these “transition initiatives” is to break the close causal relationship between recession and social decline.

In his book The Transition Handbook: From oil dependency to local resilience (Green Books Ltd, 2008), Hopkins gives a series of examples that can be implemented at local level so as to build resilience.  Last October 2011, he released the follow-up book The Transition Companion: Making your community more resilient in uncertain times.

Economically, Hopkins proposes to foster local product cycles, small enterprises and family businesses – and even local money currencies.  In terms of food, Hopkins pleads for smaller and more versatile farms, to increase the capacity of agriculture and to develop urban gardening.  Such measures, Hopkins says, could reduce energy consumption by 50%, whereas the remaining 50% could be supplied by renewable and locally-produced energy.  As far as mobility is concerned, Hopkins advocates strengthened public transport, car-sharing and cycling; long-distance tourism would also be curbed in this way, and urbanisation reduced.

Further, Hopkins recommends increasing the energy-efficiency of housing and developing grouped habitats.  Although resilience is achieved mainly by “relocation” and by a focus on local activity, the transition does not entail a refusal of long-distance trade or any return to autarchy.  The idea is rather to focus on local centres.

In the perspective of this relocation, certain transition initiatives go even further, setting up a local currency to realign and empower their economies.  The aim of this unusual measure consists in preventing locally-produced wealth from being absorbed by the global economy.  It also reduces the dependence on the global financial system in times of crisis.  However, the local community does not abandon the existing national or supranational currency; instead, both currencies become complementary.

The transition initiative’s key to bringing about change is the development of a positive vision of the future and its openness that makes people desire to participate.  Vegetable gardens, composts, and exchange networks, are some examples of concrete achievements where mutual aid and conviviality are developed and practised.  At the same time, these achievements demonstrate a real alternative to conventional economic models that are practical and possible.

The transition movement puts forward that it is possible to restore self-organisation and self-determination over one’s own life and the natural environment.  Citizens pass from being passive consumers to becoming authors of their own lives.  The process of decision-making within the movement invites everybody’s participation and in this sense, the transition towns are also laboratories of participatory democracy.

Ms Claire Wiliquet is a staff member of Centre Avec in Brussels, Belgium, a Jesuit research centre for social sciences.