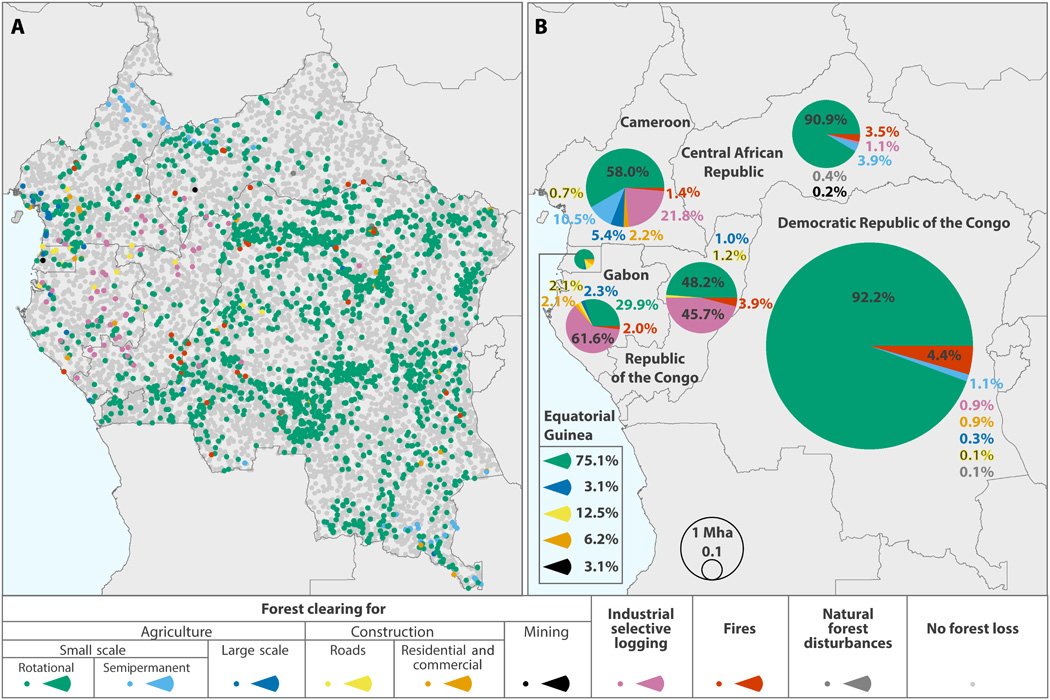 The relation between climate change and conflict need to be addressed by the Church and COP 25. This is one of the messages of the Ecclesial Network of the Congo Basin Forest (Réseau ecclésial du Bassin du Congo or REBAC) to the synod in Rome and COP25 in Madrid.

One of the central themes of reflection during the synod was the urgency with which humanity faces the current ecological crisis. Even though the synod chose to focus on the Church of the Pan-Amazon region, it also had a clear universal purpose. It is from this global perspective that she has dealt with the environmental crisis. On this note, it is understood that the best way to save the Amazon will depend on the future of other tropical forests. This is a lesson for Africa and more so for the Congo Basin forest region.

The synod also mentioned other ecological emergencies.The scientific community has warned there are only a few years left to keep the planet in the limit of 1.5 degrees C, identified as the global threshold to avoid a global warming that would have devastating impacts on the planet.

During the synod, several Synod Fathers reiterated that the niche that allows us to fight against climate change is shrinking and requires international mobilization and urgent action. Echoing the concrete situations of their places of origin, all affirmed and noted the dramatic effects of climate and ecological crisis. These effects include the advancement of deserts, drought, the drying up of lakes, the melting of ice caps, the rise of water temperature, the daily loss of biodiversity, among others. Beyond the fires of Amazon and its deforestation, the Synod Fathers noted that no corner of the planet is spared. However, some of African climate concerns are still in the shadow.

Climate change and conflicts in Africa

In Africa, the devastating effects of climate change is already at our doors. Almost every single day during COP 25, eastern and central Africa experienced heavy rain and flooding. This is only one story.

A middle term picture shows all the regions in Africa are shaken and that damages are not only climatic. In the north and south, the two deserts of Africa, the Sahara Desert and the Kalahari, are advancing dangerously and are already disturbing the climate and causing serious consequences. Lake Chad, which in 1960 covered more than 26,000 square kilometres (sq km), has decreased to 1,500 sq km in 2000, losing 90% of its surface area.

This situation is today at the root of the rising conflict, the terrorism with the Boko Haram group, and forced climate migration crisis in this region.

In the center, the challenge is demographic. Studies show that the population of the Congo Basin is rapidly increasing and will double between 2000 and 2030. Therefore 170 million people in this region will need food, energy, housing, and employment.

These are powerful drivers of deforestation and exposure of the Congo Basin to the international market. The arrival of large mining and forestry companies, on the African market, is already increasing competition for access to the region’s mineral resources and causing political destabilization and wars. Although the Congo Basin region has so far not experienced the expansion of large plantations seen in other tropical areas like the Amazon and Indonesia, this situation is rapidly changing under the influence of macroeconomic forces. So even if the forests of the Congo Basin are less damaged than that of the Amazon, it is not out of danger.

Today, the Church in Africa is helping to curb the situation by trying to slow down the advancement of the desert, manage the conflict, and propose approaches to migratory movements inside and outside the continent. One of her actions is to safeguard the Congo Basin forest which provides the water source for most of the African continent.

Much still needs to be done to link the Congo Basin region with the other three African basins (Nile Basin, Lake Chad Basin, and the Niger Basin) to better manage waters, keep the hydrological balance between water and vegetation in Africa, and prevent conflict.

Rigobert Minani Bihuzo SJ joined the Ecojesuit events at COP25 in Madrid and is the REBAC coordinator. Rigobert also heads the research, and social and political sector at Centre d’Etudes Pour l’Action Sociale (CEPAS), a Kinshasa-based project of the Jesuit Central Africa Province, where he also serves as the social apostolate coordinator.

One thought on “Climate change and conflict in Africa: The message to the Amazon Synod in Rome and COP25 in Madrid”