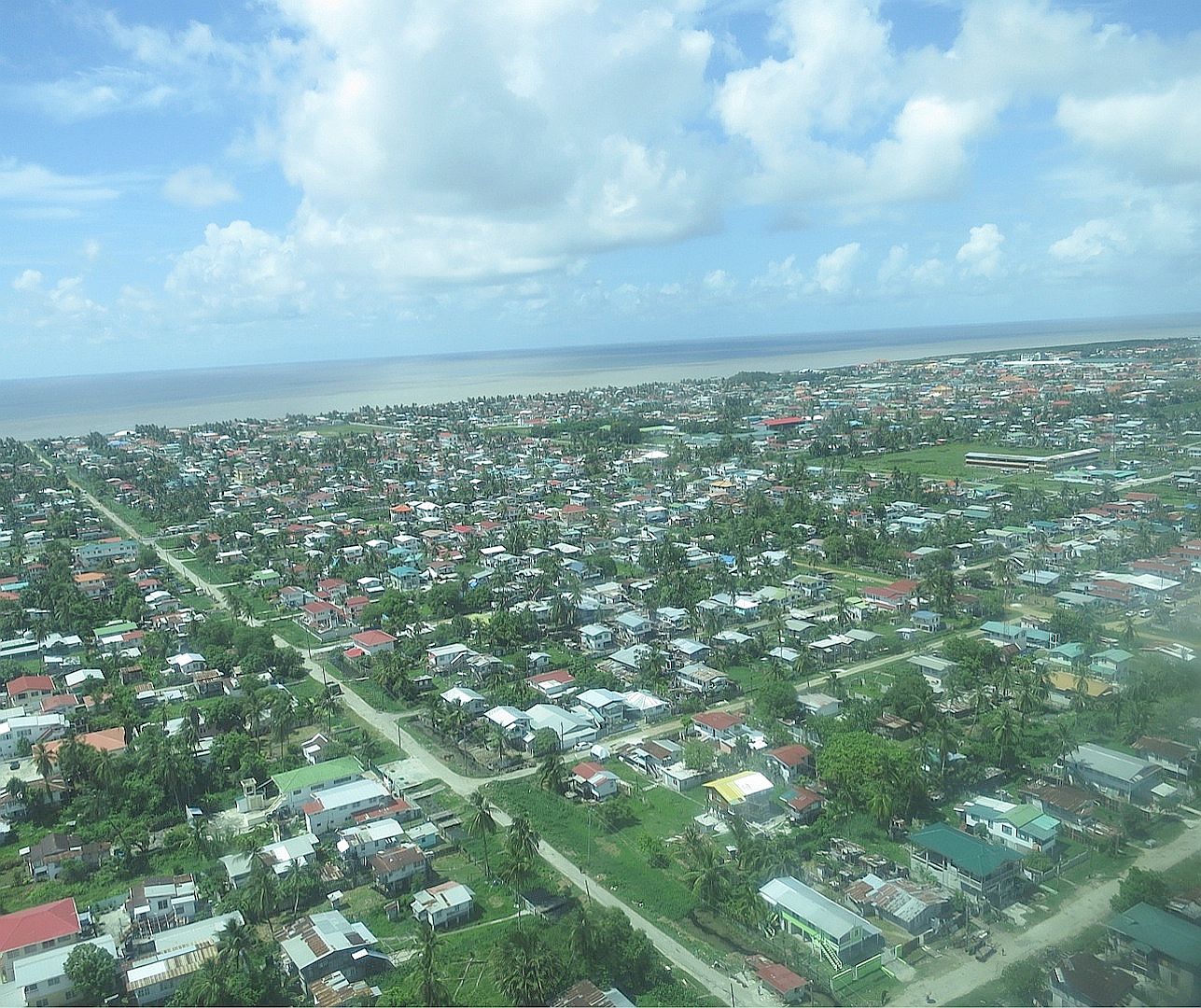 Guyana, situated on the northeast coast of South America, is considered a Caribbean country for historical reasons as well as political affiliation, being a member of the Caribbean community. It is not susceptible to hurricanes and typhoons like the rest of the Caribbean, however, it often falls victim to their spin-offs. As a result of climate change, there are a number of negative effects throughout the world, notably increased severity of tropical cyclones, storm surges, and extreme rainfall events.

Climate change as defined by the UN Framework Convention on Climate Change refers to the change in climate that is attributed directly or indirectly to human activity that alters the condition of the global atmosphere, in addition to natural climate variably observed over comparable time periods.

Developing nations in particular are at a geographic disadvantage as regards to climate change. They are heavily dependent on agriculture (the most climate-sensitive of all economic sectors) and they suffer from inadequate health provision and low-quality public services, not to mention high rainfall variability. Sea level rise is one of the most pressing of climate change consequences and it is projected to continue for centuries. According to the Fourth Assessment Report of the Intergovernmental Panel on Climate Change (2007), global sea levels have risen by approximately 1.8mm per year between 1961 and 2003 and by 3.1mm per year between 1993 and 2003. The consequences of sea level rise will be far greater for developing countries and protection costs will be higher relative to those for developed countries.

Guyana in particular is highly vulnerable to the effects of climate change for many reasons. For instance, about 90% of the country’s population resides on the coastal plain that lies approximately six feet below sea level (Guyana Tourist News, Issue 2, 2009). The coast is also relatively flat, favouring rapid accumulation of rainfall runoff and makes natural drainage into the ocean very difficult, and presents severe challenges to the drainage and irrigation system. Additionally, 75% of the country’s economic activities are located on the coastal area, where the major economic activities such as agriculture, fisheries, and industries are found. These sectors are specifically sensitive to extreme weather events and sea level rise and are therefore highly vulnerable to changes in climate.

Over the last few decades, the country was affected by weather-related disasters (climate change). For example, records suggest an increase by 1.0°C in the mean annual temperature in the capital, Georgetown, within the last century between 1909-1998 (Guyana Chronicle, March 2010). Prior to 1960, annual rainfall amounts were generally above or about the long term average. However, from 1960 and onwards, there has been a tendency for below average rainfall. Tide gauge data in Guyana for the period 1951 to 1979 indicated a mean relative sea level rise of 10.2 mm per year. This is more than five times the global average over a similar period. Over the years, high levels of flooding were observed in the country especially along the coast and in some inland areas; climate change will continuously increase the frequency and intensity of flooding.

Over the years, Guyana has had torrential showers and catastrophic floods which raises concern regarding the longer-term effects of flooding on people in the worst affected areas, and in particular, on subsistence farmers. The most serious threat is the potential loss of thousands of acres of rice crops if the water does not subside rapidly.

This was demonstrated in 2005 when three days of heavy rains that began on 14 January 14 caused serious flooding in Guyana, affecting more than 200,000. It led to major flooding, resulting in severe physical damage and economic loss to the country and resulted in the worst flooding event ever recorded in Guyana’s history. The 2005 flood was concentrated in the most heavily populated regions of the country; it affected approximately 37% of the national population, resulted in outbreaks of leptospirosis and claimed the lives of 34 persons. The magnitude of the damage caused by the floods was estimated to be equivalent to G$ 92.2 billion or 59% of the GDP for the year 2004.

Today, climate change continues to affect the citizens of Guyana. The headline last 28 April in the Guyana Chronicle was “Coastal Guyana hit by high tides, flooding advisory in effect” and the story opened with the following sentences, “Coastal Guyana today was drenched with floodwaters due to extreme high tides combined with severe winds…Affected areas included the East Coast Demerara highway, communities on Essequibo Coast and communities in Berbice.” The flood affected several residents in various communities while high tides overcame Guyana’s sea defence in several areas. Consequently, an advisory (which is yet to be lifted) was issued by the Ministry of Public Works for persons not to converge at the Georgetown seawalls.

Though many remain oblivious to the enormity and effects of climate change and Guyana’s position as a result of these continuous changes, the Guyanese government have done quite a lot in the area of awareness. In 2009, former President Bharrat Jagdeo launched Guyana’s Low Carbon Development Strategy (LCDS) that seeks to promote economic development while simultaneously combating climate change. The revised version was published on 24 May 2010 and President Donald Ramotar launched the LCDS Update on March 2013.

Guyana’s LCDS is based on a Memorandum of Understanding negotiated between former President Jagdeo and the former Minister of the Environment and International Development of Norway, Erik Solheim. In the agreement, Norway committed to provide Guyana with up to US$ 250 million by 2015 for avoided deforestation. Today, the memorandum is being implemented and the Government of Norway had since deposited US$ 115 million in three tranches in the World Bank (acting as trustee) for Guyana. This agreement represents the first international commitment of financial support to the LCDS and was the first partnership of its kind between a developed and developing country.

Ms Tash Van Doimen is a fourth year college student at the University of Guyana. Tash shares that her main interest in writing for Ecojesuit is related to the emphasis it places on the environment and environmental problems as well as its work in bringing awareness to all nations and people around the world. Tash has always been very passionate about environmental issues and sustainable development and as such was drawn to Ecojesuit after speaking to Pedro Walpole, who was in Guyana and joined the Panel Discussion on Climate Change and Sea Level Rise last July 2013. Not to mention the effects climate change have had on my country, family and friends, Tash would like to learn more about climate change, how it affects others globally, and what we can do to combat its negative effects. She may be reached through her email tvandoimen(at)hotmail.com.