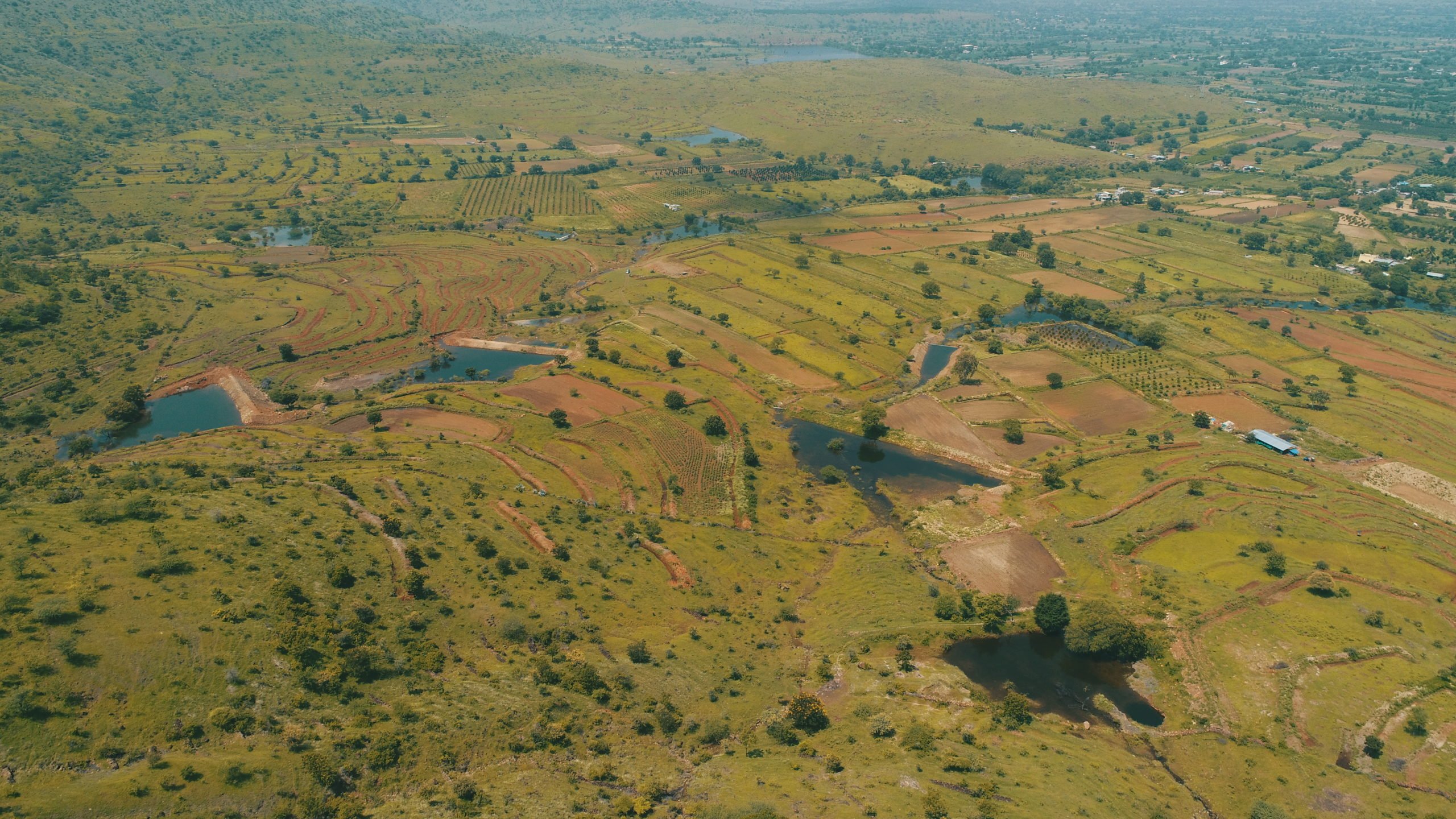 Kaknewadi is a village in Parner Taluka, Ahmednagar District, in Maharashtra State, India, surrounded by hills on all sides and with a water scarcity problem. The district of Maharashtra state comes under the rain-shadow region and hardly any ground water was available for use, a concern that the Social Centre Ahmednagar sought to respond. A watershed development programme was developed and ran for eight years from 1992-2000, and 20 years later there is still sustainable development in Kaknewadi.

Two-thirds of the geographical area of the state of Maharashtra is drought-prone and half of the area is semi-arid with an annual rainfall ranging from 150 to 750 mm. There are prolonged periods of dry weather and the lack of rain has led to famine. There are 197 villages in Maharashtra that the Social Centre Ahmednagar covers in this ecology conservation drive supported by government and various development partners.

In Kaknewadi, that has a total watershed area of 854 hectares, the main occupation is agriculture for 157 households and the average annual rainfall is 550mm. It is in this village that the community mobilization work was carried out in the area of watershed development programme.

Lack of water in the community inevitably led to high levels of school dropouts and cattle dying due to scarcity of fodder. The ecological system deteriorated, and people were forced to sell whatever they had to survive. Families were forced to migrate for work to areas which had water. Most of the village people worked as daily wage workers on agricultural farms and traveled long distances to work for wealthy farmers who could afford water to irrigate and maintain their farms in faraway villages which were rain-fed. 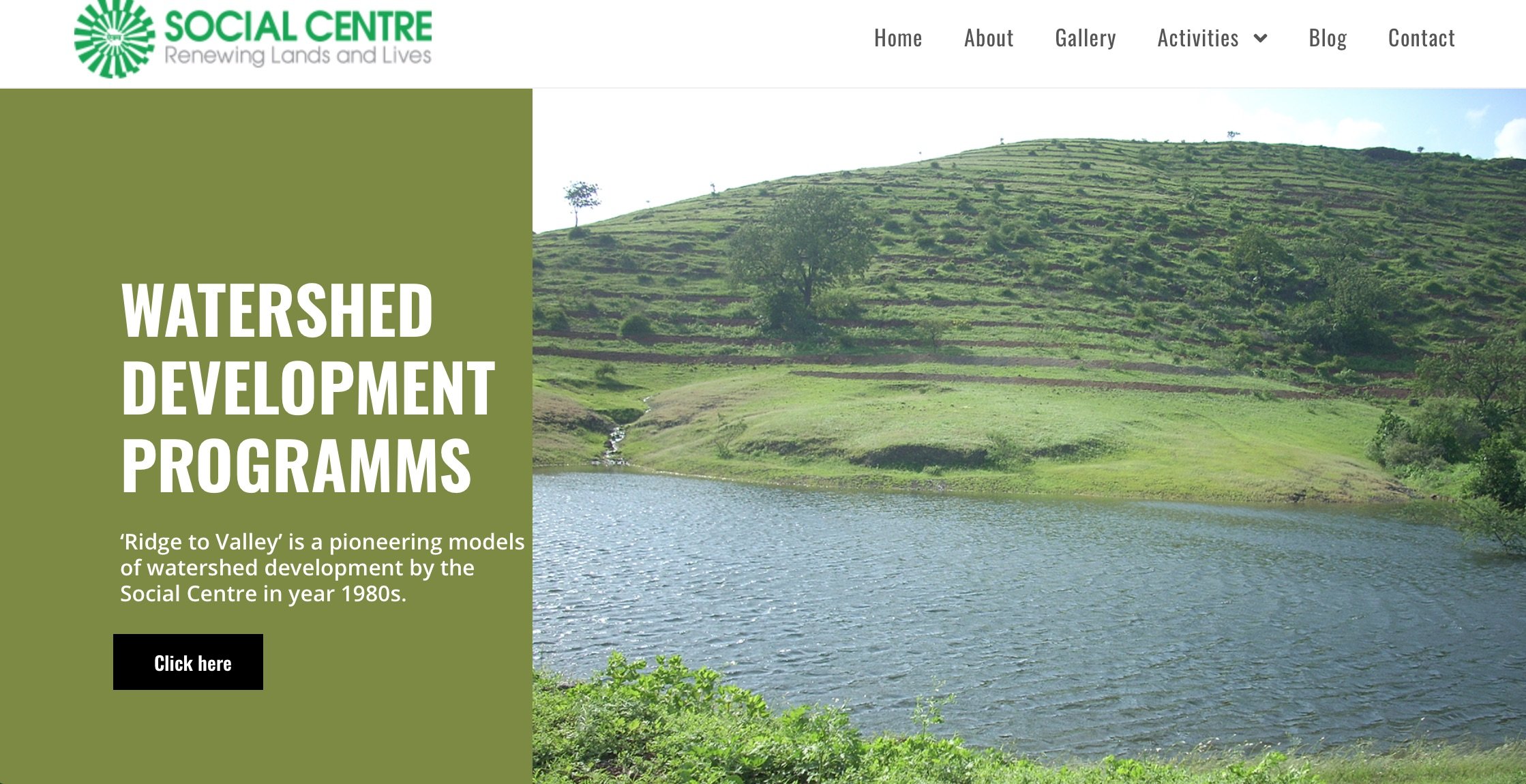 The Social Centre’s role was as an educational and training centre for people. Women, for the first time, had a major role in their own development and that of their community. They began taking part in self-help groups, micro-financing, buying seeds and making them available to village farmers at reasonable rates. Loans taken from the Social Centre were paid and a village watershed committee (VWC) was formed so that the people could participate and become active stakeholders of the process.

People were involved as planners, implementers, and protected the assets created under the programme and also the beneficiaries. Fodder became readily available and animal husbandry thrived, which in turn led to improvement in milk production. A few of the farmers came together and started a milk dairy collection centre and collected 2,000 liters of milk every day.

The Social Centre started toilets for every household and the village was awarded the Nirmal Gram Puruskar (Village Cleanliness Award) in 2008-2009 in a government programme. Education of the students improved, and the government also built classrooms.

The villagers previously grew only pulses but with availability of water, they grew vegetables and had fruit plantations that improved their economic conditions and living standards. Afforestation and increased vegetation cover resulted in increase of transpiration and, in turn, cloud formation that brought monsoons to this rain-shadow area.

Migration to urban cities and industrialized areas was reduced. Women became active in local governing bodies, a major contributions of the VWC project. There is equal female representation in the political party and in the decision-making process. The women formed a microfinance group of 27 women with a total savings of one lakh of rupees (Rs 100,000 or around US$ 1,500). The women did this independently and gave out loans without the help of banks.

The VWC is still active 20 years later and took responsibility for the welfare and growth of their entire village community.

A ban on felling trees and free grazing in the village now exists and the VWC gets Rs 50,000 (US$ 654) per year for supervised grazing. This income is then used for the welfare of the village. From a previous five wells, there are now 65 wells after the watershed development work commenced.

Previously, the women were limited to household work and did not have a say in the world of men, but the Social Centre’s approach brought about tremendous change in empowering and emancipating women and the environment around them.

A critical reflection of lessons learned

The community faces new challenges like climate change, e-governance, sustainable livelihood, among others. Larger networks need to be formed with other VWCs to connect to mainstream society. Assisting NGOs need to step in to update communities and help build capacities to form self-help groups, to avail of government and micro-finance programmes, and to help develop a mature political consciousness and participation.

The Ridge to Valley approach that the Social Centre pioneered is an integrated, holistic model for conservation of natural resources around the watershed area and ensures that every drop of rainwater is available to percolate thus increasing the water table and assuring a sustainable water supply for the communities.

When water is assured, this contributes to improved lives and development. Local level institutions like the gram panchayats, the local leadership, and government officials are provided opportunities for training and education with the vision and skills to bring about sustainable solutions and thereby facilitate social change.

This story is one of the case studies presented by Fr Siju Varghese SJ and Dr Supriya D’Souza on 12 March 2020 on Community-Based Research in Environmental Justice at Jesuit Universities: A pre-conference workshop for Jesuit-affiliated colleagues at Loyola University Chicago.