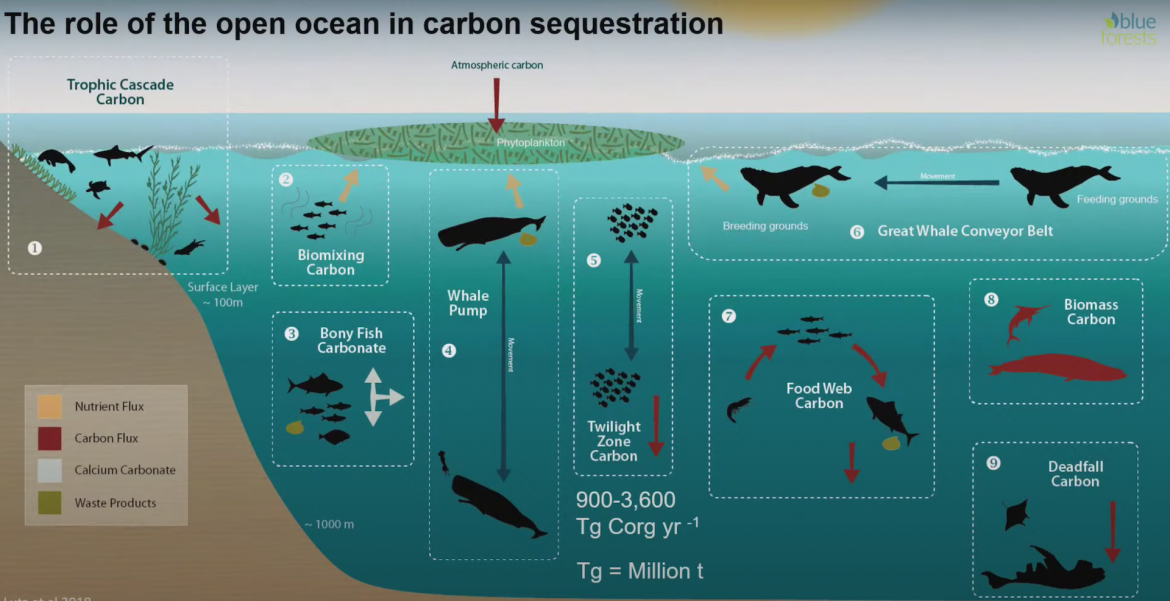 The Schmidt Ocean Institute works to advance the frontiers of global marine research by providing state of the art operational, technological, and informational support to the pioneering ocean science and technology development projects at sea.

The session started with a short film on climate under pressure with footage from the Research Vessel (R/V) Falkor’s expeditions around the world, followed by a panel discussion by ocean experts on how climate impacts the deep sea and how we can better understand life in the deep ocean and mitigate the impacts.

The video footage from across our oceans gave me a deep sense of awe, and a sense of loss as climate disruptions will lead to mass extinctions. The amazing footage of the translucent octopus and the longest sea creature found in the waters off Ningaloo Reef in Western Australia in April 2020 stood out for me.

“An estimated 150-foot siphonophore – seemingly the longest animal ever recorded – was discovered during a month-long scientific expedition exploring the submarine canyons near Ningaloo. Additionally, up to 30 new underwater species were found by researchers from the Western Australian Museum aboard Schmidt Ocean Institute’s research vessel Falkor. The discovery of the massive gelatinous string siphonophore – a floating colony of tiny individual zooids that clone themselves thousands of times into specialized bodies that string together to work as a team – was just one of the unique finds among some of the deepest fish and marine invertebrates ever recorded for Western Australia.”

Four key points were presented in the summary of the session:

This event relates to the 2021-2030 Decade of Ocean Science for Sustainable Development or the Ocean Decade that the UN declared in 2017, providing “a common framework to ensure that ocean science can underpin the achievement of the 17 Sustainable Development Goals (SDGs) and complementary global and regional policy frameworks including the UN Framework Convention on Climate Change. The Ocean Decade provides a ‘once-in-a-lifetime’ opportunity to create a new foundation across the science-policy interface to strengthen the management of the ocean and coasts for the benefit of humanity and to mitigate the impacts of climate change.”

In the next 10 years, mapping of the sea floor needs to be done and will need the collaboration of all organisations and citizen scientists working to care for our oceans. The Ocean we want is clean, healthy, resilient, productive, predicted, safe, accessible, inspiring, and engaging.

This article is also available in French and Spanish.