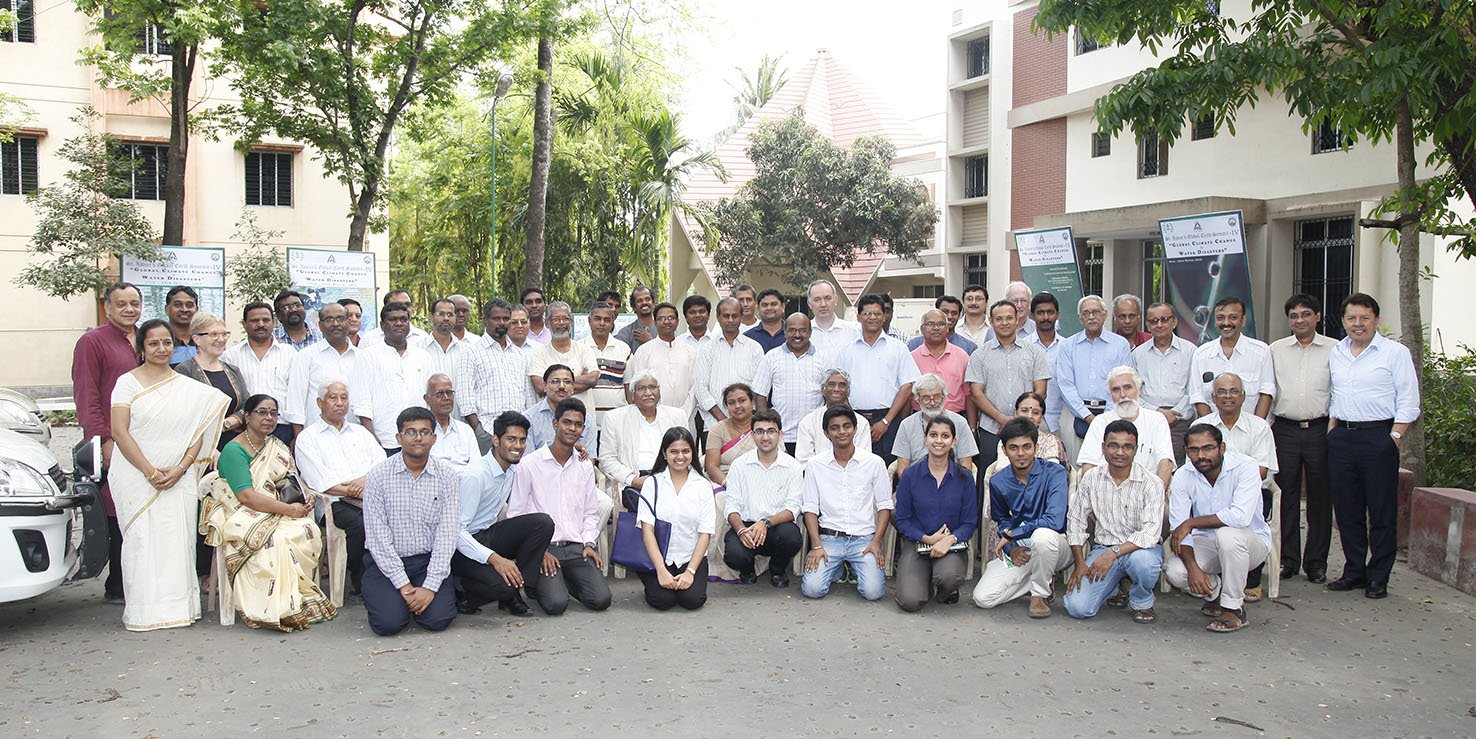 Ecojesuit recently spoke with Dr Xavier Savarimuthu, SJ, head of the Department of Environment Studies at Saint Xavier’s College Kolkata in India who organized the Saint Xavier’s Global Earth Summit IV  last March 2015 and who shared the outcomes from the conference and the various water security concerns  tackled during this year’s summit.

How did the Global Earth Summit start and what does it mean for Saint Xavier’s College Kolkata?

The Global Earth Summit began with the objective of spreading ecological awareness among students so that they could engage with experts from the frontlines and learn on the job. For Saint Xavier’s College, it is another effort in developing better human beings – men and women for others – not just academically trained people and learn how to be “ecological warriors” so to speak.

How is this year’s Global Earth Summit IV different from previous summits conducted?

There was a conscious shift in the composition of the participants in the last Global Earth Summit and Jesuits working in the South Asian Conference were invited and selected based on their involvement in their ecological works. Other Jesuits working with students and in the grassroots also joined and deepened the knowledge base. Teachers and students at Saint Xavier’s College, Kolkata were the main participants.

How did the students participate?

There were 20 students who did homework that required them to research and write an article about the impacts of climate change and water-related disasters, to be published in the departmental journal and which will become teaching materials for the undergraduates in the coming year. They witnessed the impact of climate change during the field visit to the Sunderbans. The students were also actively involved in the production of a four-minute documentary on climate change and water-related disasters.

What was the summit’s agenda?

The main agenda of this year’s summit was to contribute to the development of more awareness and knowledge amongst teachers and students on environmental concerns, especially on water-related disasters in South Asia. Well-known water conservationist Rajendra Singh effectively presented the agenda “water for all.” He shared how he is converting desert areas into running rivers and signed an agreement with Saint Xavier’s College to take up river conservation programs.

How was the visit to the Sunderbans-Biosphere Reserve?

The Sunderbans region spreads across India and Bangladesh and is one of the areas worst affected by global warming and climate change. The field trip to the Sunderbans showed the corrosion that has taken place and the mitigation measures taken up by government.

What is the core message of the Dr Rajendra Singh, the waterman of India, to the participants?

Dr Singh’s core message is that “no man is an island,” especially with rising sea levels, and he showed us how small steps in the right direction can make a huge difference.

What are the main engagements on environmental issues undertaken by the Jesuits in India?

Jesuits are like candles, we merely ignite minds with knowledge, helping dispel the darkness of ignorance. As educationists, we help spread awareness about environmental issues  and our institutions are at the forefront of teaching sustainability by example. Saint Xavier’s College, Kolkata, for example, is a no-plastic, carbon neutral, alternative energy proponent (and producer), and is working towards rainwater harvesting.

What are the challenges to Jesuits in improving environmental conditions of people in India? And how do these connect with the present commitments to combat poverty?

Sustainable living should be the core of our efforts, which will address both concerns and this can be done only if we move back to our Jesuit root of taking knowledge to the grassroots so that the one who is the most vulnerable is aided, empowered, and elevated. With “His” resurrection from ignorance, apathy and poverty, will the rejuvenation of India take place?

Dr Xavier Savarimuthu, SJ is a member of the province of Kolkata and a professor of microbiology in Saint Xavier’s College, Kolkata, India and currently heads the Department of Environment Studies. For more information, please contact him at sxavi200(at)gmail.com.