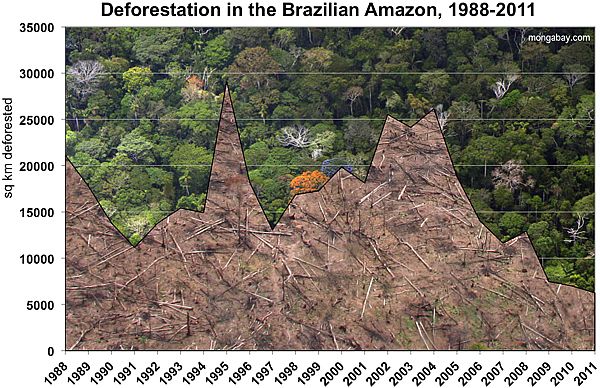 They passed away at a distance of seven years and one day from one another: Sister Dorothy Stang, a North American missionary in the Amazon region, an adopted Brazilian, was killed by six gun shots on February 12th,  2005; Dom Ladislau Biernaski, Bishop of São José dos Pinhais and president of the Comissão Pastoral da Terra (Pastoral Land Commission) or CPT, an organisation of the Brazilian Church, died of cancer on February 13th 2012.

Sister Dorothy – locally known as Irmã Dorote – became famous only after her tragic end. She lived in Anapu (Pará), where she fostered a sustainable development project that linked the promotion of family-based production to environmental care. She was killed, because her project disturbed the interests of several local landowners. Although both the killers and the customers were convicted, we may suppose that Sister Dorothy would not be happy today: The Codigo Flórestal, the Forestry Code which is on its way towards approval at Brasilia, and the controversies around the Belo Monte Dam (the third largest hydroelectric complex in the world) will open even more wounds in Amazonia and among its indigenous inhabitants.  Not to mention the damage caused by “agribusiness” with its predatory  monocultures.

Ladislau Biernaski was a person passionate for the earth, as Jelson Oliveira, a member of the CPT, wrote on the Commission’s website: “With calloused hands and dark nails, he proudly enjoyed showing to visitors the garden he personally took care of, next to the simple house where he lived. By this passion, inherited from his family of Polish immigrants, he transformed ‘land’ into an evangelical and political cause. And impelled by this passion, he spent years in visiting camps and community settlements. Often he left aside the mitre and other episcopal symbols to join the people in solidarity, and to celebrate this prophetic commitment for justice. Dom Ladislau had learned to understand and to explain the Church’s pastoral mission to the poor. Inspired by that clarity, he participated in numerous demonstrations of the poor in Paraná, in the countryside and the cities.”

These witnesses remind us of two things. The first is that the earth is not a mere commodity or financial asset – in contrast to what the vultures of “landgrabbing” would have like us believe:  multinationals or states that in a decade have succeeded meanwhile in hoarding a land area that covers eight times the United Kingdom.  Earth, on the contrary, is a value to be protected, an essential condition for the affirmation of human dignity, and it is also the “first element” of a community’s culture and identity. Even if today’s global economy is largely outsourced, agriculture has become subject to the logic of the Stock Exchange, and our daily life is increasingly mediated by technology. However, the earth remains specifically the factor which forms the basis of the universality of rights, since we call ourselves humans, and we are born on one single earth (humus).

The second message of Irmã Dorote and Dom Ladislau is primarily for those who still repeat the refrain that the Church should abstain from politics in order to devote itself to the things of Heaven:  The true Christian is one who strives with all his strength to make the world – and indeed the earth – more habitable.

The author is political scientist and director of the Italian Jesuit review Popoli. His article was  published first in the March 2012 issue of Popoli and slightly shortened for Ecojesuit.