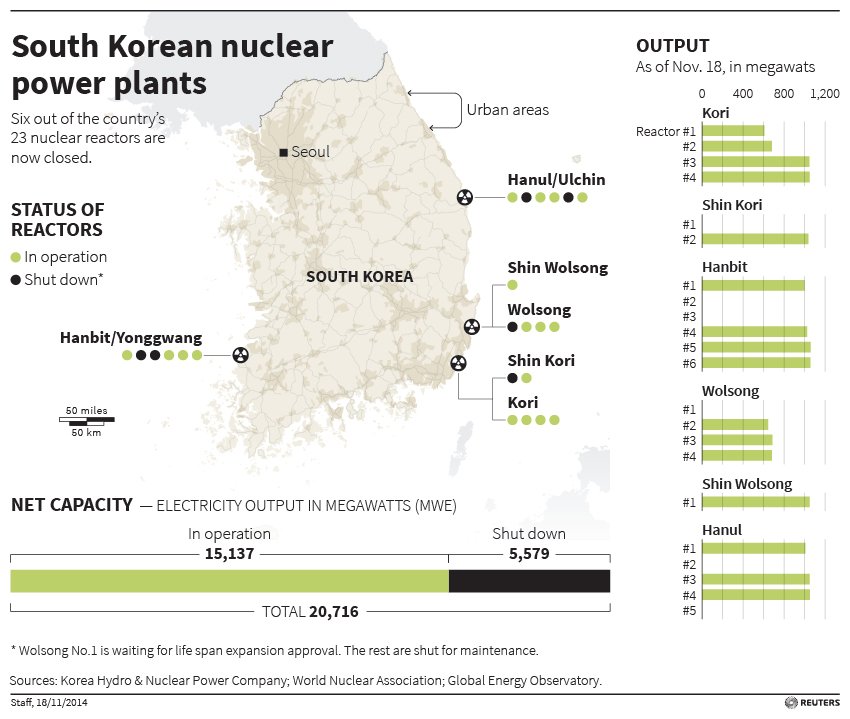 Reflections and activities in Korea that incorporate ecological concerns are many and are areas for collaboration among the Jesuits and partners.  Because of the environmental and social context, the issues are often broader and integrate the social concerns and needs of society in general.

Today there is growing concern for youth welfare, their studies and their work that seek an ethos that must care for needs and broader personal growth, not simply performance and the economic development thrust.

There is concern for migrants that are growing in number but are not covered by the social framework, and finding many gaps where they are exposed to risks and abuses.  In Gwanghwamun Square in Seoul, daily gatherings often announce the concerns people experience and want to express in society and there are ecological threads in many of these concerns.

Fr. Cho Hyun-chul, SJ told me about his pilgrimage last year for greater nuclear awareness that ended in a gathering in the Square.  The country has 23 nuclear reactors in four locations providing about 30% of the nation’s energy and last year he visited some of the nuclear sites.  Korea and China are the two main countries in the region that are expanding.  In 1978, the first plant was built and after 30 years it was scheduled to close in 2007, but was extended for another 10 years.  The question is will it be extended again?  There is much fear because of its old age and there seems to be no framework for decommissioning these plants.  The second plant opened in 1982 and was closed in 2012, but was recently allowed to start up again.

Many people believe that these plants are essential to maintaining the improved lifestyle and industry of the country.  Others point to the Fukushima disaster and the broad-scale poor maintenance of old plants in Japan, while others say this will never happen in Korea.  Contamination will last for 300 to 600 years; we have not lived long enough to have the proof.  An area with a 300-kilometre radius is expected to be affected, more than the width of the country and much of its length.

So last year Cho Hyun-chul set out on a pilgrimage and walked 640 kilometres in 41 days from Gori in Busan, where there are four nuclear power plants, to Seoul.  People along the road accompanied them in their journey every day.  This year they are planning to walk from Youngkwang to Uljin where new plants are opening.

There are three main concerns:

Protest in Samcheok and the election of a new mayor may spare the area of a nuclear plant but would concentrate the concerns in Yeongdeok.  How can the old plant be closed, not build a new one and find alternative approaches?  Renewable energy would change the balance of economic power of a few companies and allow many smaller companies to operate.

The way forward has many challenges; transparency is not easily come by in these situations.  At present Fr. Cho Hyun-chul is not sure that South Korea is really looking for a way out of this nuclear bind, the way Germany committed to close plants by 2022.

In Seoul over the last 18 months, there has been a continuous series of eight lectures on ecology and spirituality over the centuries presented by the Jesuit Research Center for Advocacy and Solidarity whose director is Francis Mun-su Park, SJ.

Participant response has been favorable, but the intellectual challenge is great, and so attendance has rarely surpassed 20 persons.  It is intellectually challenging to stay with the discussion and follow through, yet these reflections can be very helpful for action groups to deepen their basis for action and for peace.

Also, the Jesuit Research Center for Advocacy and Solidarity joined with the Institute for Ignatian Spirituality in Seoul to translate a significant compilation of articles from Promotio Iustitiae, centered on the Global Ignatian Advocacy Network (GIAN) initiative.  The articles listed below will be published as one book by the end of the year, and there will be a book concert to heighten publicity.

There are two upcoming events of interest in Gangjeong Village in Jeju Island, site of an ongoing peace movement protesting the construction of a Korean naval base.  The first will be the opening of the Life and Peace Pastoral Center of the Jeju Diocese in Gangjeong on 5 September.

This pastoral center will provide peace education, reflection and reconciliation for local residents and peace activists, and international solidarity through peace events and intellectual pursuits.  It will house the pastoral center but also have auditorium and accommodation facilities for people to meet.  It is good for teaching and discussions and local action.  The broader effort is now to make the transition from opposition to the new harbour, which is near completion, to a healing and peace process focusing on greater peace efforts in the area.  All the more we must seek peace where the arms of conflict reside.

The second event will be the 2015 Gangjeong Peace Conference to be held 7 to 9 September in the newly opened pastoral center.  The conference, to be held in Korean and Japanese with instantaneous translation, will seek Korea-Japan cooperative action on three fronts:

The Social Apostolates of the Japan and Korea Provinces chose the 2015 Gangjeong Peace Conference as an occasion of a bi-province meeting of social apostolate Jesuits.  The 16 Jesuits from Japan attending the peace conference will remain in Jeju one more day for the meeting with nearly all the Korea Province social apostolate Jesuits.  The provincials of Japan and Korea will both attend the peace conference.  This will be another step forward in the rapidly increasing solidarity among the social apostolates of the two provinces.