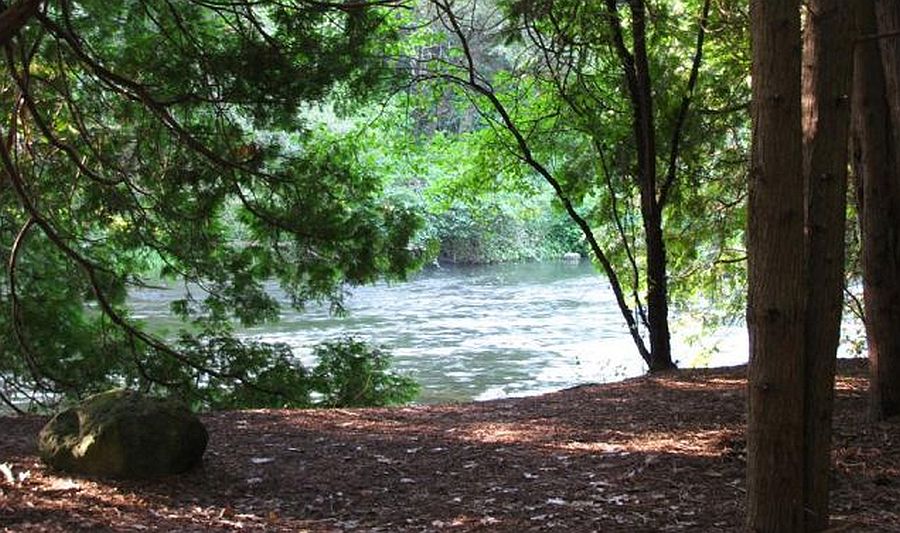 Ecojesuit is happy to share with its readers the letter on ecology that Peter Bisson, SJ, Provincial Superior of the Jesuits in English Canada, sent out last February 2014. It has broad appeal and we hope that many will appreciate and pick up the solidarity. Thanks to John McCarthy, SJ for sharing this letter.

“Care for the environment affects the quality of our relationships with God, with other human beings, and with creation itself. It touches our faith in and love for God.” GC 35 Decree 3 #32

The Peace of Christ!

At his inaugural Mass in March 2013, Pope Francis exhorted the People of God to “be protectors of creation, protectors of God’s plan inscribed in nature, protectors of one another and of the environment.” In 2008, the Society’s 35th General Congregation expressed our mission as establishing “right relationships with God, with one another, and with creation” (GC 35, Decree 3 #12). This province has shown leadership in ecology, especially through the persistent work of Jim Profit, SJ  in Guelph and elsewhere. As we continue to grieve his death last and to celebrate his life, now is an appropriate time to integrate further our relationship with creation into our relationships with each other and with God, and thus to live the Society’s mission in Canada more fully.

Two years ago, Jim Webb, SJ initiated a process of collective discernment about our corporate commitment to ecology, in line with GC 35’s discernment. Among the fruits of that process have been two specific recommendations: the establishment of a Commission for Mission and Ecology, and the adoption of some shared, province-wide practice of ecological solidarity. With regard to the first recommendation, I have established a Mission and Ecology Commission to help prepare the Province for the new ways of perceiving, praying, discerning, thinking and acting that are appropriate to the ecological dimension of our mission recognized by GC 35. Its members are listed on page 22 of our 2014 catalogue.

The Commission will explore how we as a province can incorporate our relationship with creation into our prayer, reflection, ministry and life; offer guidelines for theologically sound and Christocentric ways of incorporating ecology into the Spiritual Exercises; and develop recommendations for sustainable use of our large properties. They have four years for this mandate, of which one year has already been completed.

With regard to the second recommendation, I would like to propose to the province a concrete step in fulfillment of this call to ecological responsibility. I invite each community in the province to commit itself to a diet without meat and fish, one day a week. Several of our communities have already made such a commitment, and we can strengthen our fraternity by joining them.

Abstinence has an honoured place in our Christian and Jesuit tradition. Many Christians traditionally embraced abstinence as a penitential practice on Wednesdays and Fridays, in solidarity with Jesus in his betrayal and passion. In addition to the traditional motives, today we have a new motive to recover the practice of abstinence from meat and fish: solidarity with the global poor and with a plundered creation. Consumer demand for meat has become a very significant factor in environmental degradation, whose heaviest costs are borne by the poor, and for whom meat and fish are luxuries. Livestock production causes nearly a fifth of all greenhouse gas emissions, more than all vehicles combined. It consumes vast quantities of freshwater – some 2,000 gallons for a single pound of beef. Increasingly, it threatens fragile ecosystems and the traditional lands of indigenous peoples. Nor is fish any longer a viable alternative: at present rates of exploitation, every major fishery faces the prospect of collapse by 2050.

Weekly abstinence is more than a sign of solidarity and concern. It is also, in fact, an effective way to achieve immediate, meaningful progress. Dr Rajendra Pachauri, chair of the UN Intergovernmental Panel on Climate Change, urges one vegetarian day per week as the most feasible, effective, and attractive means to bring about a near-term reduction in greenhouse gas emissions.

Thus the practice I propose is an efficacious act of hope and a step toward reconciliation with the poor and the earth, as part of Christ’s ongoing reconciliation of us with God. I would like to invite each community to discern and choose for itself a suitable adaptation of this practice to its own circumstances, and to make its own appropriation of the various meanings embedded in this practice.

But I would also like to underscore the significance of a shared commitment of the Province that is not merely an act of private ecological piety on the part of certain Jesuits. Let us make this commitment in solidarity with the poor who groan, with a creation that groans, and with Jesus, our brother, who suffers with them. Let us make it generously as Jesuits who have become men for others.