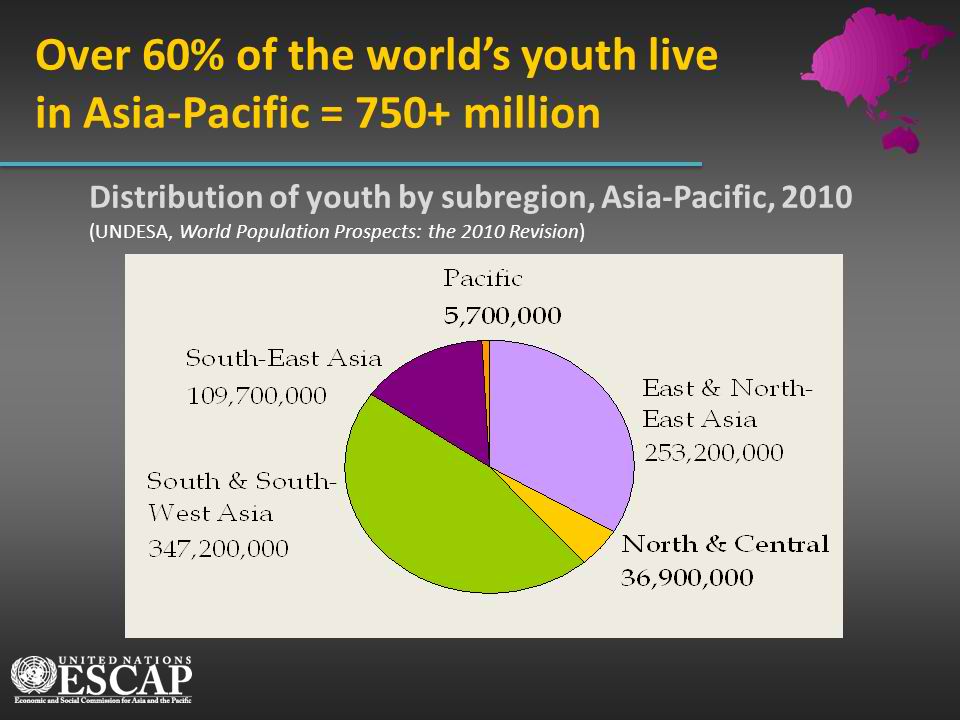 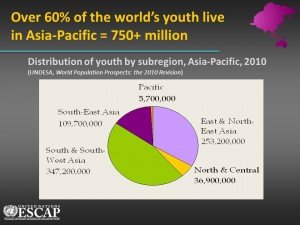 In particular, AFTA, a trade bloc with the goal to increase the region’s competitive edge as a production base for the world market, is expected to achieve zero tariffs for all products in 2015 when ASEAN Economic Community takes effect. This drive towards multilateralism is facilitated mainly by the widespread acceptance of the market economy, not democracy, which is indicated by the dramatic rise in intra-regional trade and investment.

Acceptance of market economy means that the region is open to flows of capital and trade, and the region has become the world’s engine of growth especially after the opening up of China in the late 1970s and the decline of the West in the 2000s.

The developmental model of the region’s major economies historically followed the industrialisation path, which promotes integration into the global economy. This strategy is deeply characterised by a series of measures known as liberalisation and privatisation, which aim at opening up the domestic market.

These policies build on a concept of the state and its role that is fundamentally different from previous ones, notably the welfare state of post-World War II. The state is now seen generally as a service delivery agent, and it seeks to do it in the most efficient way possible. To achieve this goal, the state embarked on an overhaul of its public services, dictated by the market imperatives of value for money, competition, and choice.

In the education sector, chief among the measures is the drive to decentralise school governance. It means handing over powers to run various aspects of the governance to local structures such as school committees, parents’ associations, local agencies, etc. The rationale is that the locals know better about their situation, and so decentralisation will allow the school system to be more responsive to local needs and hence more efficient. (Mok, 2006) China started in the late 1970s, Indonesia in 1998, the Philippines in 1991, Thailand in 1997, New Zealand and Australia in the 1990s.

This efficiency is further enhanced by competition that comes in the form of parental choice. In an education marketplace, students and their parents are drawn into sometimes fierce battles for a place in a favourite school. This competition on the ground translates into a league table that obliges schools to perform. Global school rankings paint a similar picture on a grander scale, underlining the interconnectedness of this phenomenon.

The change in governance structure is paired with a more fundamental shift in the perception toward the role of schools and education in society. The bottomline is that schools are there to prepare students to face the demands of competitive job markets, which are now in direct competition with the rest of the world, thanks to liberalisation and globalisation. An important role of education, therefore, is to boost competitiveness of countries and consequently their place in regional and global markets. The link between education and markets has never been more explicit and prominent.

This has significantly changed characteristics of education in many schools, including ours. In particular, the changes concern the ideals of a student. School management, curricula, and the general atmosphere in society idealise an entrepreneurial subject that revolves around discourses of competition and enterprise. A successful learner is one that works hard to harness his/her own talents to gain school and post-school qualifications. These qualifications are then brought to bear on the job market to become a successful worker. (Nairn and Higgins, 2007) Self is highly individualised in this discourse, taking responsibility for all successes and failures.

This underlying discourse of entrepreneurship redefines traditional values such as freedom and empowerment in a highly individualised sense. Increasing individualism is seen as a sign of this sense of freedom while collective powers are a threat. On a daily basis, individual students understand freedom as a matter of expanded preferences and feel empowered when they are able to join market economy. By joining the market economy they will be able to fulfil their material aspiration for home ownership, money, cars, and travel, which further enhance their sense of freedom. Each individual learns to desire this at an early age and along the way nurture emotional attributes necessary to enjoy the material rewards and to feel contrite for underachievement.

This pursuit for success inevitably penetrates and reconfigures familial relationship by putting enormous pressure on parents and students. In Asia, this anxiety manifests in the problematic expressions “tiger mum” and “tiger daughter/son.” (Amy Chua, 2011) Intense academic competition requires a new kind of parenting that revolves around the desire for excellence. Parents have to juggle between their own career and the possibility of their children’s career. A quick fix to this is to enrol their kids to private tutorial classes, effectively outsourcing some responsibility to the booming tutorial industry. While the parents bear the financial costs of this extra instruction, the children may have to endure the emotional stress quietly.

This increasing individualisation of responsibility is consistent with the current restructuring of the relations between labour and capital that characterises capitalist social relations. Economic reforms emphasise productivity and efficiency over employment security. This new focus is translated in the adoption of flexible forms of employment that consists of labour contracts of limited duration.

These changes reflect a shift of primacy from the less-mobile factor (labour) to the more mobile factor of production (capital). As capital has become increasingly mobile in the global economy and countries have to compete to attract investment, the burden now falls on labour to make the process of production more efficient and competitive and, in essence, cheaper. This process ultimately transfers economic risk to employees, which used to be associated with employers, through shortened job tenure and contingent employment and remuneration. (Heery and Salmon, 2000)

In short, this process of education reforms often boils down to the “reconfiguration of subjects as economic entrepreneurs and of institutions capable of producing them.” (Davies and Bansel, 2007: 248)

Faith and justice in Jesuit education

Education reforms and the societal environment shaped by a market economy pose a serious challenge to Jesuit education. Although most of our schools enjoy a degree of independence from the state system, they are not free from the effects of the reforms. The reforms have had various institutional consequences and crucially changed the expectation for what the students will become.

In “The Characteristics of Jesuit Education” (1986), Jesuit schools are expected to help students nurture a faith that does justice, become men and women for others, and foster special love and concern for the poor. These three characteristics obviously stand in direct contrast to the ideal entrepreneurial self that was discussed earlier. At the core of the entrepreneur is a self-sufficient, risk-taker, highly competitive individual whose talents and personality are geared toward joining a profession that will fulfil the material aspiration of the middle class. There is a serious shortcoming in the entrepreneurial self that is crafted through today’s education system.

Service to a faith that does justice taught at schools brings the Ignatian adage of “love is shown in deeds” to reality. The incarnate love of God does not separate faith from its more practical manifestations. Day-to-day reality is indeed the meeting point between our human condition and God’s grace, and any relationship is an open invitation to find God.

It goes without saying that the promotion of justice is an inseparable part of this faith. Students are encouraged to explore and employ critical thinking in perceiving the reality of the world as part of their faith education. There is no place for a faith that keeps things merely personal and divorced from the world “out there.”

The much-loved Jesuit schools’ tagline of being men and women for others again focuses on overcoming the obsession with the self that defines today’s generation. Jesuit education helps them to realise that their talents are nurtured not for their self-gain but for the good of the human community. For the same reason, students are expected to have the attitude of mind that sees service of others as more fulfilling than material success or achievement.

A competitive job market is likely to see many drop-outs or those who are at the bottom of the career ladder. In this view, they fail because they are not good enough or do not have a competitive advantage over the others. In other words, they have themselves to blame for their failures.

Jesuit education does not subscribe to this residual perspective of poverty. Instead, it invites students to see the reality from the perspective of the poor themselves. Through direct contacts with the poor and service to them, Jesuit schools teach values which promote a special concern for those without the means to live with dignity. Solidarity is key and should be real in students’ experience of the world around them.

In addition, an education system that is run like a service company sees students and parents as customers. Although this model may bring efficiency and value for money, the relationship between them is basically that of a contract. The principle of fair exchange of goods that defines the relationship often forgets that what appears to be a voluntary contract may be the result of compulsion created by difficult circumstance.

The Catholic tradition of social teaching since Rerum Novarum (1891) obliges the prosperous to go beyond the contract to ensure the wellbeing of the more vulnerable. Fundamental respect for human dignity, and not customer satisfaction, is the measure of justice.

In 1973 in Valencia, Spain, Fr Pedro Arrupe addressed European Jesuit alumni in a famous speech entitled “Men for Others.” He stressed that the promotion of justice was a constitutive element of Jesuit mission in which the genuine love for God is always linked to the love of neighbour. Our students, therefore, learn to become men and women for others and not to focus on their own love, desire or interest.

Fr Peter-Hans Kolvenbach further elaborated this powerful statement of mission when he said, “The goal of Jesuit education is the formation of men and women for others, people of competence, conscience and compassionate commitment.” (Ignatian Pedagogy Today, 1993) Jesuit education clearly takes the work for just relationships seriously, and this fundamental position is being challenged by a different discourse of education, if not of reality.

This is a battle of the mind (and ideas and practices) that is not visible from the outside, but crucial in terms of shaping how our students see themselves and the world around them. When Jesuit education started in the 16th century, it was dedicated to the development of a genuine Christian humanism to respond to the challenges of Renaissance and Reformation Europe. Now, Asia Pacific, won over by the markets, sets the stage for a new kind of challenges, perhaps not as boisterous but surely not less fundamental.

Pedro Arrupe (1973), “Men for Others” Address to the 10th International Congress of Jesuit Alumni of Europe, Education for Social Justice and Social Action Today in Valencia, Spain, 31 July 1973

Adolfo Nicolas (2013), “Jesuit Alumni and Their Social Responsibility: The Quest for a Better Future for Humanity. What Does it Mean to be a Believer Today?” Address to Jesuit Alumni in Medellin, Colombia, 15 August 2013 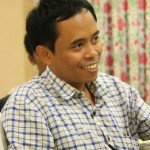 Benny Hari Juliawan, SJ is the Social Apostolate Coordinator of the Jesuit Conference Asia Pacific (JCAP). This was his presentation during the JCAP Education Colloquium: The Planet is Our Home held in Sydney, Australia last July 2014. This presentation was also featured in Province Express.