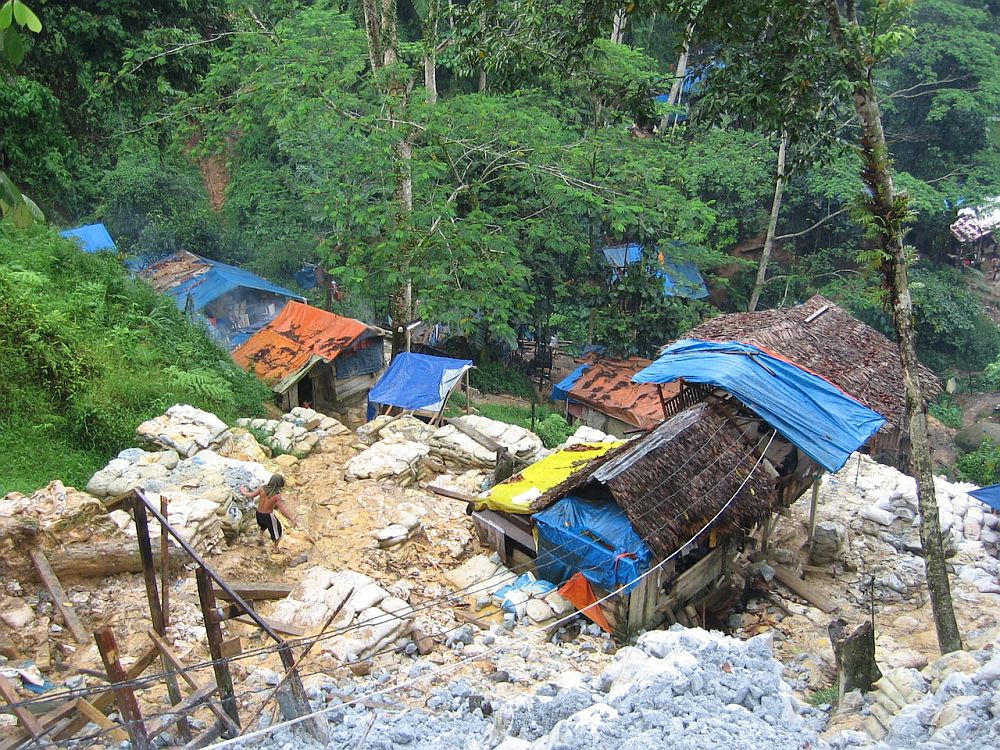 The Philippines was recently accepted as a candidate country to the Extractive Industries Transparency Initiative (EITI), a globally developed set of standards and processes that ensures more transparency and better governance of mineral resources in a country. The EITI process assures that what the company pays and what the government receives is the same. An independent third party reviews the reconciliation of payments and discloses the information publicly, within a process that is managed by government and actively involving the industry and civil society.

The present administration, through the Department of Environment and Natural Resources (DENR), is determined to achieve compliant status and become a full-fledged EITI member by 2015. DENR Secretary Ramon Paje announced last 5 June 2013 that this is part of a process of reforms in the mining sector that began with President Aquino signing Executive Order (EO) No 79 in July 2012, “institutionalizing and implementing reforms in the Philippine mining sector, providing policies and guidelines to ensure environmental protection and responsible mining in the utilization of mineral resources.” Its implementing rules and regulations were released two months later, and Section 17 mandates DENR and the Minerals Industry Coordinating Council “to ensure that mechanisms are established to operationalize the EITI in the mining sector, in consultation and coordination with the mining industry other stakeholders.” The intention is to improve transparency in the industry by joining EITI.

The Philippine Province of the Society of Jesus developed a set of talking points on the mining discussions in the Philippines after EO 79 was released.

The EITI process responds to the prevailing mistrust by sectors in civil society of government’s incapacity to monitor companies and implement and enforce laws. In particular, the economic returns from mining that government uses to rationalize the country’s decision to continue mineral resource extraction are now openly shared and accounted to the public in a transparent manner.

EITI gives us a theoretical understanding of transparency. But what we need to understand is how this is made operable within the country and what the procedures and feedback loops are by which this is made effective.

EITI may be seen as a step forward but there are still major aspects that remain unanswered and in the same way that what we cannot measure, we cannot manage. If we cannot measure the no-go areas to mining in the Philippines, we cannot manage the movement of mining companies into such areas. We have a history of mining that is still bleeding, still acidifying the landscape and the water, with sediments still flowing. EITI in itself will not assure people that disasters will not occur with new mines.

Joining the EITI process and fulfilling the requirements to achieve EITI-compliant status within the next two years is definitely a step forward. Yet there still remain questions on how mining continues to proceed in the country in its various forms: questions about legacy mines and what is government doing to rehabilitate these abandoned areas; questions about small-scale and artisanal mining that are going on in several pockets of mostly gold-rich areas and the continuing disasters that occur, whether these are landslides brought about by heavy rain, mine tunnel collapses, mercury usage, hiring of child labor; and while seemingly quiet at the moment, the environmental and social acceptability of the Tampakan project, a world-class mine scheduled to operate soon.

The mining industry is made up of many private corporations and they cannot be responsible for each other’s private operations. So the industry, on the one hand, is an economic category affected by policy and opportunity though not self-policing or collectively accountable. On the other hand, the industry gets frustrated because individual corporations are viewed with suspicion and “accountable” for previous business practices that went wrong and for which these other corporations had no say and follow (hopefully) different practices and levels of responsibility. This shows that society in the end will have to accept or reject each mining investment that comes up, and therefore it has a moral responsibility to stand up for what is undefined and to seek accountability.

It’s unfortunate that EITI comes about at the time of recent disasters in the country, the tailings dam leak of the Padcal mine in northern Philippines and yet again another mine collapse in the small scale mining areas in Compostela Valley in southern Philippines, which we’d like to sweep under the carpet or into the sea, but we can’t. The fact that Mr Manuel Pangilinan, a respected businessman, took over as head of Philex Mines that operates the Padcal mine in Benguet, Mountain Province, as a large-scale investor in mining, generated a level of hope that he will substantially invest in effective and responsible mining. The Padcal disaster happened at the start of his takeover, yet he took responsibility for the clean-up.

When the Environmental Science for Social Change did a Philippine mining review a decade ago with the World Bank, with its chief officers from Washington who do recognize the importance of the mining industry and wealth generation, there could not be found one mine site in the “wet tropics” that could be considered safely engineered in terms of landscape and people.

In one sense, EITI is a step forward but everybody will still go on with the old arguments, because in reality, the problem in the mining industry, in mining in the Philippines, is not simply the Mining Act, and tracking the finances, but the management of the mine site. Disasters happened and it wasn’t the Mining Act that allowed the disasters to occur, but two things that relate to mine site management.

First is that the management of the mine site schedules the cost of tailings dam development in relation to production of the mine, and this has always been inadequate to meet extremely high meteorological events in the wet tropics. This is where disasters occurred — in the inadequate financial commitment and investment where these are critically needed in the seasonal management of tailings dams. This also includes the continued expansion and development of tailings dams without recognizing the original inadequate structure of the dam in terms of what it’s supposed to now retain, which is much larger than for what it was originally designed.

The other limitation is primarily in terms of security. Many of these mines were developed in areas where government does not provide basic services because these are rebel areas. Mining companies beef up on armed security to secure the safety of the sites and there are arrangements where the mining companies finance the military in the area to provide the security needed. This then begs the question of accountability of the military who serves as the armed security of the mining company.

A related concern is that new areas planned or investigated are often trying to take over from traditional surface mining and the claims and the occupancy of these areas remain unresolved such as Diwalwal, a gold rush mining area in southern Philippines since the 1970s and continues its wild, wild West conditions almost 40 years after.

The new Tampakan copper mine project is highly researched and vetted as a world-class mine but is also dividing communities. The division is irresolvable as one side promises economic and social development while others want to see their way through with greater continuity of what has been rather than a radical removal of their mountain landscape. It is a 50-year set-up and there is huge wealth generation, but wealth distribution is not guaranteed and what of the water and agricultural losses for generations?

EITI is a step forward but we need to keep this in perspective. What it does indicate is that the country needs more international control because national government cannot possibly monitor effectively a mine such as the Tampakan project with such proportions. We just don’t have the capacity. There needs to be an international monitoring, not a self-policing as these companies are not accountable for each other.

A major problem in the whole process is the example of Canada who will not share its framework for their companies’ accountability when they operate in other countries. Therefore if we were to obtain help in the process, the Philippines does not have the right of access to the legal system of the countries of origin (such as Canada for Canadian mining companies). If those systems are not extended to us, then there’s a moral question in this if we are getting financial and technical assistance coming from Canada and what sort of a license is being granted? And that’s where the mining law is inadequate at this stage, if the country can’t have the access to the other nations’ legal system of corporate control.

EITI has great value globally, but an acronym will not mean much to local people, who will either take the money and run or stand their ground in opposition. That is what is divisive in the community and the economy and there is still no process within Philippine society that fully responds to local people.