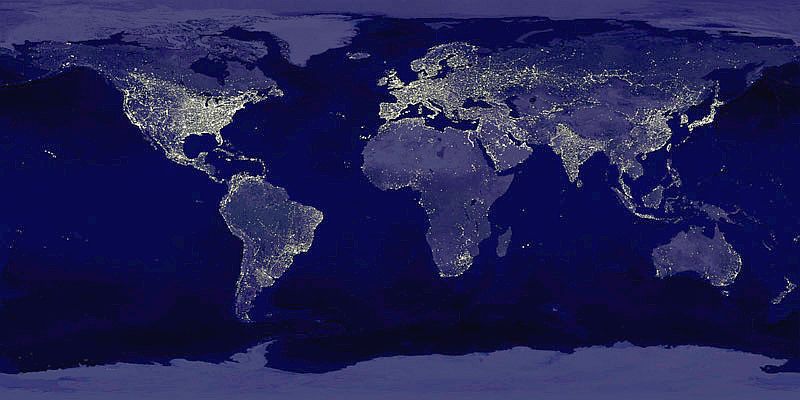 The Bible often reminds us that sometimes we are called to special forms of spiritual awakening – particularly since we are born sometimes in situations where sin can easily be institutionalised or become taken for granted.  Numerous types of awakenings are needed today in the face of materialism, secularisation and religious indifference, questions of morals and respect for life, the problems of poverty, but also in the face of the risks related to energy scarcity and climate change (i.e. the “carbon constraint”).

There are also significant similarities between the carbon constraint and the slavery which had been one of the great social challenges for Christians (not only for them) in the 18th and 19th centuries.  For a very long time, slaves permitted us to compensate for our limited access to energy.  Even in the late 19th century (1880), the world consumed only 200 tonnes of oil equivalent (toe), or about 1500 kWh/year per person.  In 2010, we consumed 12 billion toe, or 20,000 kWh/year per person: as much as 80,000 kWh/year in the United States or 45,000 kWh/year in France!

A major reason for the abolition of slavery was the access to an energy that was much less costly (economically and morally) than that of slaves.  Of course, the fact remains that the abolition of slavery seems to us today to have constituted moral progress.  This progress drew on the so-called four cardinal virtues of Christian tradition:  prudence, in appealing to the intelligence (building consensus and proposing solutions); justice (which requires the denunciation of injustices); temperance (to renounce the use of slaves could imply sacrifices in terms of material comfort); and fortitude, (it was difficult to complete such an undertaking as the abolition of slavery without a minimum of strength and perseverance!).

Today, the same virtues should be at the service of adaptation to “carbon constraint.”  At first, today’s “energy slavery” seems much less shocking than that of the “ordinary” slavery of the past, but nonetheless we can observe striking similarities:

The extraction of fossil fuels (80% of energy) leads to significant human problems (conflict, pollution, accidents, etc.), and the process of extracting these resources might often evoke for us the labour of the slaves of old.  Furthermore, the fact that fossil energy resources are limited implies the obligation to use them sparingly, considering their advantages in terms of costs and morality (as opposed to slavery or forced labour).

Another similarity: the problem of climate change could result in significant human suffering, just as slavery did in the past.  For example, it could lead directly to 600 million persons extra suffering hunger by 2080 (UNDP, 2007).

Further, the countries most affected by climate change will be the poorest, most vulnerable countries, often located in areas of great risk.  But the poorest are also those who have contributed least to climate change and benefited least from fossil fuels.  In the past, those who profited from slavery had all kinds of “good” reasons to justify the practice (living conditions, social pressures, etc.).  We also find numerous excuses when it comes to evaluating our lifestyles (e.g. the idea that our actions do not change anything if they remain only individual).  Yet we judge the past harshly, and future generations will perhaps judge us no less severely in their turn.

Sixth, “ordinary” slaves were known directly by their exploiters, whereas we do not know personally the victims of climate change.  However, our position is somehow similar to all those people who profited indirectly from the “benefits” which slavery brought to the whole of society.

A striking similarity is also that, in both cases we impose a debt to future generations.  The consequences of “ordinary” slavery have persisted long after its abolition: racial prejudice or even apartheid, weakened family structures, etc.  The debt imposed by our current energy practices relates, for example, to the consequence of climate change, and to the depletion of natural resources.  In both forms of slavery, the master developed a kind of dependency with who or what was exploited: paradoxically, this can be alienating: in the case of energy, through such traits as consumerism.

In view of energy and climate issues, we have a special responsibility as Christians, since we know by faith the immensity of God’s gifts, his love for us, his salvation in Christ.  And we know that “Every one to whom much is given, of him will much be required; and of him to whom men commit much they will demand the more” (Luke 12:48).

We might be tempted to discouragement as we look at the extent of the challenge facing us, but fortunately we have a great source of hope in God.  “The Holy Spirit blows where it wills” and God can animate a profound awakening if he so wills.  We can have recourse to him in prayer, trying also to participate fully in his will to the extent of the means he gives us.  Ora et labora!

The author is a Sustainability Analyst at Dexia Asset Management in Brussels, Belgium.  His role focuses on the integration of environmental, social, and governance (ESG) issues in the investment process of socially responsible investment (SRI) funds.  Guillaume graduated from Sciences Po in Paris, France in 2009 with a Masters degree in Finance.  You may get in touch with him through his email: g.emin(at)hotmail.fr.