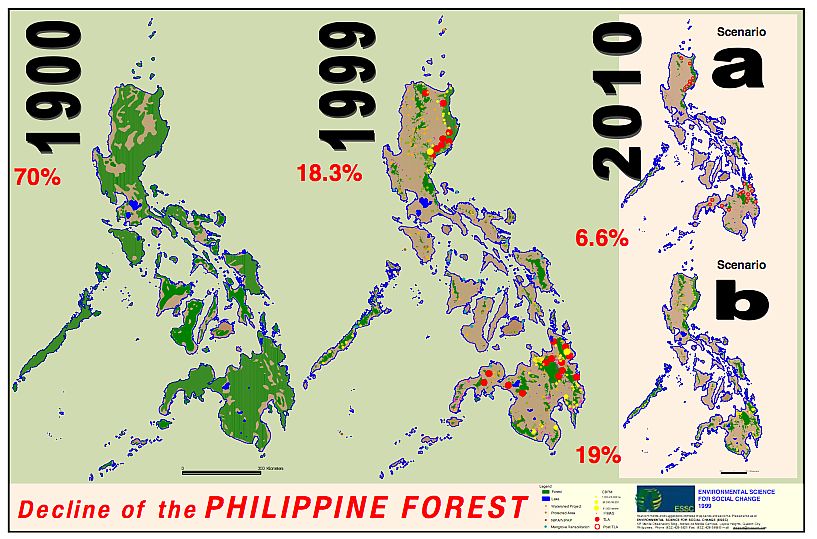 The variety of colours, mentalities, and languages that the Catholic Church as a plural and global community unites in itself, finds its counterpart on an environmental ethics level in a manifold diversity of theoretical and practical approaches to ecological questions.

There is one remarkable contribution to this polyphony and is celebrating in these days its 25th anniversary.  Under the title What Is Happening to Our Beautiful Land, the members of the Catholic Bishops’ Conference of the Philippines published on 29 January 1988 a pastoral letter on ecology, which deals with the destructive environmental and social developments that the bishops observe in their country.

Not only the title, but also the perspective of this letter is unusual: in contrast to most other environment related pronouncements of the church, this document analyses environmental questions from the perspective of aesthetics, focusing thereby a rather marginalized context within political ecology.

The central theme of the Bishops’ statement is the beauty of the country’s ecosystems and their rapid degradation due to harmful methods such as incompatible fishing practices, chemical record, soil erosion and deforestation: out of the original 30 million hectares of primary forest, for example, only 1 million hectares were left in 1988 .  “After a single night’s rain, look at the chocolate brown rivers in your locality and remember that they are carrying the lifeblood of the land into the sea.  The soil, instead of being the seed bed of life, becomes a smothering cloak of death, retarding and killing coral polyps,” the Bishops complain, claiming awareness about the losses of fertile ground throughout the country.  Rather asking than teaching, they continue: “How can fish swim in running sewers like the Pasig and so many more rivers which we have polluted?  Who has turned the wonderworld of the seas into underwater cemeteries bereft of color and life?”

Describing the manifold ways of ongoing environmental destruction in the Philippines, this statement pleads for active citizenship and calls upon church members (who at that time form at least 80 percent of the Philippine population): “Do not remain silent when you see your environment being destroyed.  Use your influence within your family and community to develop this awareness.”  The beauty of creation should find its expression also within the liturgical celebrations, and even a further development of creation theology was an urgent need of the hour, the Conference members say.  Environmental destruction was not only a form of violence to the Philippine population, they argue, but was also poisoning the human-nature relationship.

Clear in its language, passionate in its appeal, urgent in its care: Not only in the Philippines, it might be high time for rereading this grand pastoral statement on environment and aesthetics.