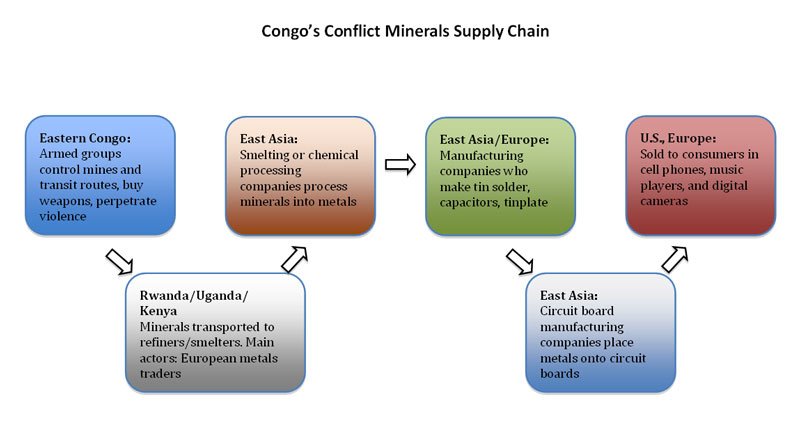 The resolution of armed conflicts, the democratization, and the economic, social and institutional development in the so-called developing countries rich in raw materials, are not only major issues for development itself, but are also related with the policy of developed countries on energy and natural resources.

The look for transparency in the extractive industries got a strong impetus after the initiatives of Revenue Watch Institute and Publish What You Pay, both rooted in the international regime of the Extractive Industries Transparency Initiative (EITI) that aims to put an end to the secret payments made to governments in developing countries by this sector.

Inhibiting the opacity in this area will fight tax evasion, corruption, embezzlement of public funds and, in turn, reduce poverty in developing countries rich in natural resources. This standard of transparency is not the only solution to the challenges faced by countries exporting raw materials, but one of the most accessible tools to support their democratic stability and economic development.

Under the influence of Publish What You Pay and inspired by the US Dodd-Frank Wall Street Reform and Consumer Protection Act (Dodd-Frank Act) on the reform of the financial sector and adopted in 2010, the European Commission, the European Parliament and the Council of the European Union (EU) finally reached an agreement in principle to legislate on the transparency of European extractive industries of oil, gas and forestry operating in the so-called developing countries on 9 April 2013. On the one hand, it is a big step forward in the fight against corruption, but on the other, a small step in tax evasion. This agreement will lead, in the coming months, to a European directive requiring European companies to publicly disclose all payments over Euros 100,000 to governments where they operate.

To disclose such payments is important, but not sufficient. As suggested by the European Network on Debt and Development (Eurodad), if the EU law would force companies to disclose further contextual information such as production, personnel, sales, profits, losses, and assets, this additional information would better support the authorities to curb tax evasion. In addition, the effect of the EU directive will be significant if the standard of transparency applies to all contracts and auctions established between European firms that exploit raw materials and host countries. In an August 2012 article by Nobel laureate in economics Joseph E Stiglitz From resource curse to blessing, these contracts should stipulate that in the event of price increases, the benefits will not be only for the company exploiting natural resources but conditions with hosting countries should be renegotiate.

Although European legislation goes beyond the Dodd-Frank Act, there is still much to do if it wants to be an effective instrument against tax evasion and anti-corruption by adding into the EU regulations the forestry sector and also companies that are not listed in the stock market. The EU could be much more demanding extending the obligation to disclose other key areas plagued by corruption. It excludes the disclosure of payments from the transport sector and exports sector. Yet in Europe, energy supply depends on this sector. As the incomes from the transport of energy, such as natural gas and oil by pipelines, payments related to the safety of extractive industry companies to governments are subject to risks of mismanagement and corruption. It would be necessary that they be included in the legislation.

The same goes for the sectors of construction, telecommunications and banking services. While the Committee on Legal Affairs of the European Parliament approved these sectors in 2012, they were finally excluded from European legislation. Knowing that the telecom sector mainly uses tin, tantalum, and tungsten, it is one of the main destinations of metals involved in conflict minerals. It is regrettable that these sectors remain opaque and that the European Directive does not extend its influence on firms in these sectors to optimally fight against corruption and tax evasion.

Moreover, while US regulations fix the limit of payments at the threshold of US$ 100,000 (approximately €80,000), the European level is proposed at €100,000. This threshold doesn’t favour local populations in developing countries. According to Publish What You Pay, the threshold should be set according to the standard of living of national and local governments, ideally €15,000. This threshold takes into account the relatively small amounts that are often significant for the budgets of local authorities. This figure is consistent with that used by the alternative investment of the London Stock Exchange Market of £10,000. The payment threshold, both European and American, is considered low enough to draw significant payments for populations of the South.

The future European Directive on transparency in the extractive industries follows the Dodd-Frank Act on the reform of the financial sector, but it still limited compared with its American counterpart in terms of transparency standards as the payment threshold is too high. The disclosure of payments is essential but not sufficient to ensure that companies pay their fair share of taxes. Extending the disclosure compliance to other sectors and adding other relevant information are critical in improving the fight tax evasion, illicit financial flows, and embezzlements that deprive governments in the South (that are rich in raw materials) of an essential means to fight poverty.