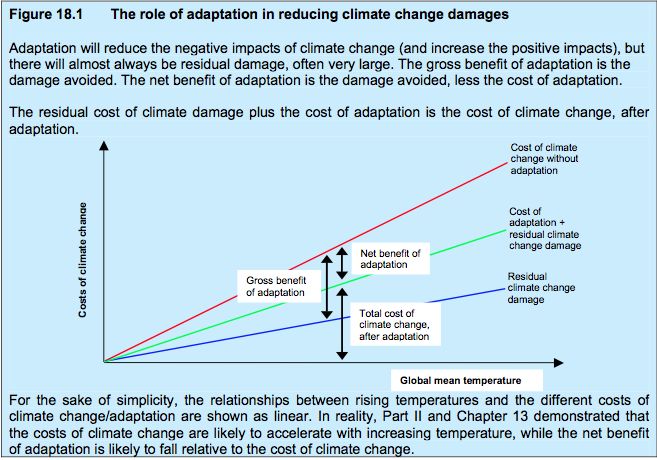 There is no time like the present to discuss the issues surrounding adaptation to climate change.  With the Multiannual Financial Framework for 2014–2020 currently being negotiated, and with the European Commission working on an EU adaptation strategy which is anticipated to be published in March 2013, the publication of an issue paper by the European Policy Centre (EPC) entitled The climate is changing – is Europe ready? Building a common approach to adaptation is a timely one.

It is recognised that global efforts to mitigate climate change must be coupled with climate action – that is, taking measures to adapt to a changing climate, and the issue of ‘climate action’ is in fact not a new one.

The EPC report is the culmination of two years of collaboration between the EPC and representatives from a plethora of fields, including academia, business and NGOs, and follows the formation in 2010 of an EPC Task Force.  In the report’s foreword by Hans Martens, EPC Chief Executive, one of the explicit remits is to “look at the social and economic impacts of climate-change adaptation policies and actions on Europe and identify ways of mitigating adverse effects on the most vulnerable groups in society, bearing in mind the EU’s commitment to promoting inclusion and well-being.”

In making recommendations in the report, it is clear that the EPC Task Force has kept social justice very much in mind, whilst considering that “in every region of the world, the negative impacts of climate change will not be felt equally among the population or even within populations.  People who are poor, elderly, uneducated, disabled or in poor health will be affected first and most severely.” (Agrawal, A, as cited in the EPC Issue Paper No 70, p3)

As well as highlighting the impact that climate change has on ecosystems, on agriculture, on food security and migration (among others), whilst elucidating how these factors combine to disproportionately affect the vulnerable, the point is also made that climate change aggravates existing socio-economic pressures to the detriment of the vulnerable.  Recommendations for addressing this issue are complex and must be developed further.

The point that Europe is currently enduring an economic crisis – thus diminishing any appetite for additional expenditure – is recognised in the report and its authors repeatedly emphasise that the costs of acting are far lower than those of failing to act with regard to developing adaptation measures.  Policy makers and politicians are urged to think long-term and crucially, the point is made that adaptation measures “go beyond big infrastructure projects and providing solutions for the wealthy.” (EPC Issue Paper No 70, p10)

The European Union is committed to creating a climate-resilient and resource-efficient economy by 2050 and the EU has an important role to play in facilitating and co-ordinating adaptation to climate change at national, regional and at local level.  Eight main areas for action where the EU could play a stronger role are identified in the EPC report and much revolves around communicating the importance of adaptation as well as mitigation.  Building the knowledge base and capacities to act, as well as financing adaptation measures and encouraging innovation are vital if the EU is to succeed in promoting adaptation measures.

This could indeed be seen as an economic opportunity – an opportunity for growth in which private investment can be harnessed to drive innovative solutions in adapting to climate change.  What is required is that European policy makers and politicians think long-term and are not discouraged by short-term costs.  After all, the costs of failing to act vastly outweigh these costs and the most vulnerable will suffer disproportionately.

For related reading on economic costs of climate change, it is helpful to reference the Stern Review: The Economics of Climate Change .

A copy of the EPC Issue Paper No 70 (September 2012) The climate is changing – is Europe ready? Building a common approach to adaptation by Annika Ahtonen with Serban Chiorean-Sime, Caroline Schneider and Imogen Sudbury can be downloaded here.

Stephen Rooney, recently joined Ecojesuit and is a member of the Jesuit European Social Centre.