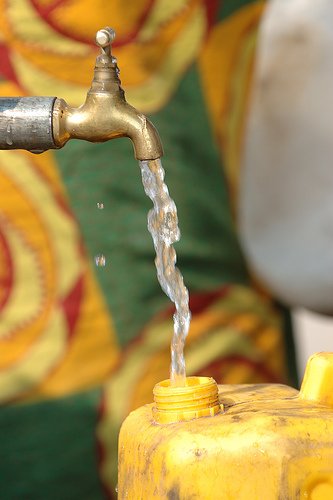 Church in Europe: renew your commitment to safeguarding creation!

Blessed are you Lord, God of all creation: a pilgrimage of hope for Europe.

Around fifty delegates from more than fifteen countries of the Bishops’ Conferences of Europe set out on 1st September 2010 from the Basilica of Esztergom, Hungary on a pilgrimage of hope for all creation to the Shrine of Mariazell in Austria, passing through Slovakia where we were welcomed by the Archbishop of Bratislava, Stanislav Zvolenský. The initiative was inspired by Pope Benedict XVI’s Message for the World Day of Peace in 2010 entitled If you want to cultivate peace, protect creation.

The concept of a pilgrimage was chosen as an action which symbolizes the journey of reflection, formation and conversion required if humanity is to address the scale of the environmental challenge. A pilgrimage is both an expression of faith and a commitment to change. The pilgrimage started with a blessing and asperges from Cardinal Péter Erdő, a reminder that in Baptism, through God’s elemental gift of water, we are part of a Church which is herself a pilgrim.

Water is an element of creation rich in biblical and sacramental significance. Our decision to make part of our pilgrimage by boat along the beautiful River Danube – the river which passes through the greatest number of countries of Europe – gave expression to our concern that, in the words of Pope Benedict XVI, ‘[T]he hoarding of resources, especially water, can generate serious conflicts among the peoples involved. Peaceful agreement about the use of resources can protect nature and, at the same time, the well-being of the societies concerned’ (CV n. 51). The delegates draw particular attention to the joint ecumenical initiative of the National Council of Christian Churches of Brazil (CONIC), endorsed by a number of Catholic Bishops Conferences in Europe, entitled Ecumenical Declaration on Water as a Human Right and a Public Good. Water is also shared and fundamental force of faith and is becoming a scare resource for many human beings.

Special attention was given to the issue of energy and the need to conserve it where possible. The importance of using renewable sources of energy such as wind, solar energy, bio-diesel, bio-mass, small-hydro and wave technologies and other non-fossil based fuels was emphasized. It was agreed that there is also a need to tackle the issue of waste through prevention, recycling and encouraging the development of efficient technologies. Attention was drawn, however, to the need for rigorous and comprehensive assessment of the net environmental impact of all the dimensions of such technologies.

A fundamental issue is how to bring about the conversion of mind and heart through education that will motivate change in established patterns of human behaviour. As Cardinal Peter Turkson, President of the Pontifical Council for Justice and Peace pointed out in his address to the pilgrimage delegates the Biblical tradition testifies to the inner unity and logic of creation, to a Wisdom imparted and revealed by the Creator which ensures it beauty and balance. Just as ‘chaos’ and the Word of God gives us ‘Cosmos’, so Cosmos without the Word of God brings us back to chaos. This principle is echoed in the very etymology of the word ‘ecology’ which emphasizes the principle of keeping the ‘oikos’ or ‘house’ – our earthly home – in good order. When everything is in its order, there is beauty. When this order is broken or is disturbed by selfishness and sin, the beauty is threatened. This theme is echoed by Pope Benedict XVI in Caritas in Veritate when he says that, ‘[N]ature speaks to us of the Creator (cf. Rom 1:20) and his love for humanity…. Thus it too is a “vocation”. Nature is at our disposal not as a heap of scattered refuse, but as a gift of the Creator who has given it an inbuilt order, enabling man … “to till it and keep it” (Gen 2:15)’ (n. 48). A core message coming from this pilgrimage event is that the goodness, beauty and fruitfulness of creation was the first vocation of man and given to him on trust.

In the hope of inspiring a renewed engagement with the spiritual and moral dimensions of the ecological question, the delegates draw attention to the rich patrimony of values which flows from the biblical, patristic and theological tradition, rooted in human reason and which is proposed to humanity through the social doctrine of the Catholic Church. These principles include:

The book of nature is one and indivisible. Respect for the ecology of the human person is integrally connected to respect for creation.

We appeal to young people, to families, to parish communities, monasteries, schools, seminaries and universities to renew their commitment to the vocation of caring for our earthly home by encouraging dissemination, study and implementation of these principles which offer luminous and compelling signposts to hope for humanity.

In particular we appeal for joint prayer and action with other Christian Churches and ecclesial communities, such as the ecumenical prayer service held in St. Pölten as part of this pilgrimage. We particularly encourage local Churches to engage with the ‘Creation Time’ initiative endorsed by the 3rd European Ecumenical Assembly in Sibiu, Romania in 2007, which recommended that the period between 1st September and 4th October – the feast of St. Francis of Assisi – be set aside for special prayer and action on this issue, as some Bishops’ Conferences and Churches are already doing.

We also encourage wider dialogue within the political community, the mutual benefit of which we experienced as part of this pilgrimage.

In making this pilgrimage of hope for the whole of creation, we are conscious that in some way we have been recalling the sacred journey of hope and joy which Mary undertook when she hastened across the rivers and mountains to proclaim the dawn of the new creation to her cousin Elizabeth. We are conscious that in this journey Mary became the image of the Church to come, the pilgrim Church which carries the hope of the world in her womb across the mountains of human history. As we conclude our pilgrimage today, in imitation of Mary and under the prayerful guidance of Cardinal Christoph Schönborn, we bring to the beautiful Alpine Shrine of Mariazell our hope for a new understanding of the ‘great things’ God has done for us in the gift of creation and of the need to say ‘Yes’ again to what was our first vocation. Just as we began our ecological pilgrimage at the heart of Europe in the beautiful Basilica of the Assumption in Esztergom and ended it at the Shrine of the Birth of Mary at Mariazell, so we continue to carry on our earthly pilgrimage the eschatological hope of the Church that ‘where she has gone’ all creation will follow.