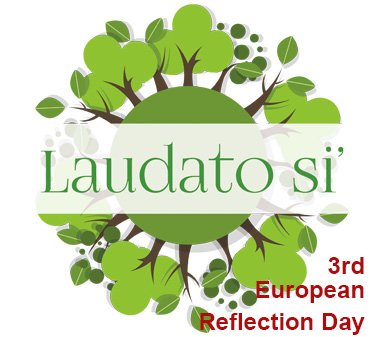 The Laudato Si’ encyclical is affecting people in very different ways. A number of people working in different Catholic Church institutions and organizations in Europe found themselves working together on the promotion of this encyclical. During the past two years, they organized a Laudato Si’ Reflection Day which was hosted bythe Commission of the Bishops Conferences of the European Union (COMECE).

The success of these events was such that those involved felt the need to extend this cooperation. This has led to the founding, by these various organizations, of the European Laudato Si’ Alliance (ELSi’A) which brings together COMECE, CIDSE (the international family of Catholic social justice organisations), the Global Catholic Climate Movement (GCCM), the Jesuit European Social Centre (JESC), Justice and Peace Europe, and the Council of European Bishops’ Conferences (Consilium Conferentiarum Episcoporum Europæ or CCEE) as observer member.

Each of these members has their own mission which continues as before but now a platform is in place for them to act in unison. It is important that these different organizations come together in a manner that gives a common voice to the diverse experience of the Catholic Church in the promotion of Laudato Si’ in Europe.

The founding of ELSi’A, however, was not just an exercise in enlightened bureaucracy. The inspiration comes from the spirit of prayer and contemplation which pervades Laudato Si’. Pope Francis talks of ‘rapidification.’ While change is part of the working of complex systems, rapid and constant change can cause ‘harm to the world and to the quality of life of much of humanity.’

There is a paradox in what Pope Francis is calling for. In order to grasp the urgency of the situation in which we find ourselves, we must slow down and listen. We must learn to stop and wonder at this beautiful home which we all share.

This article was originally published in JESC and a related story, The ELSi’A declaration.