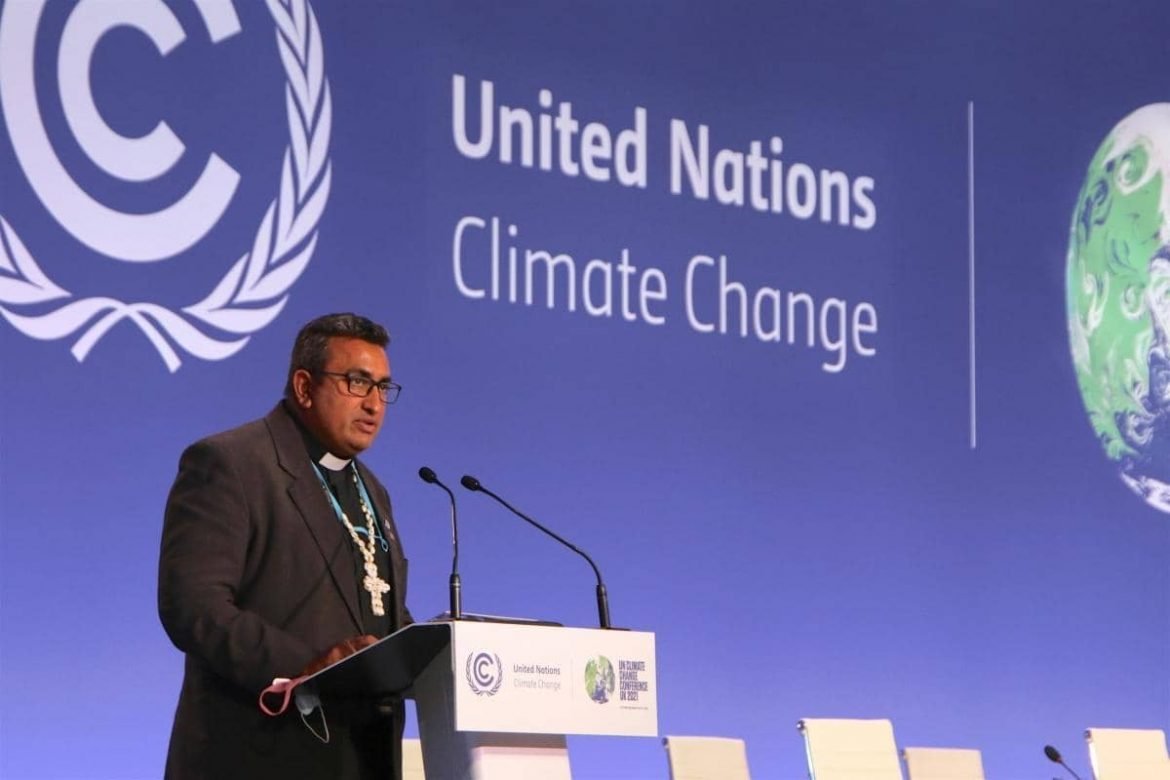 Ecojesuit shares the address of Reverend James Bhagwan, general secretary of the Pacific Conference of Churches and Ecojesuit COP26 Delegate, to the High level Segment of COP26 on behalf of the Interfaith Liaison Committee on 11 November 2021.

Grace and peace to you all.

The climate emergency is the result of an ethical, moral and spiritual crisis, manifested in a fixation on profit.

The extractive, and ultimately unsustainable, systems of production and consumption by those complicit in this crisis, continue to ignore increasing scientific, and moral warnings.

Those who have contributed to this crisis the least, suffer the most, physically, existentially, and ecologically.

This is an injustice that must end.

We affirm the Faith and Science Joint Appeal, calling us to respond, with the knowledge of science, and the wisdom of spirituality: to know more and to care more.

Our interconnectedness to this common home forces us into a radical solidarity across gender and generation, for climate justice for all.

In this spirit, wealthier countries must lead in reducing their own emissions and in financing emission reductions of poorer nations.

Industrialised countries must support the vulnerable countries, and finance adaptation.

They must put into action a mechanism for loss and damage, with additional funds.

Love calls us to seek climate justice and restoration. It calls us to respect the rights of Indigenous Peoples, to protect them and their ancestral domains from predatory economic interests, and to learn from their ancient wisdom.

Indigenous spirituality could restore our understanding of interdependence between land, ocean, and life, between generations before us, and the ones to come.

Love calls us to transformation of systems and lifestyles. This transition away from fossil fuel-based economies must be just, securing livelihoods and wellbeing for all and not just some.

We ask our leaders to not only keep the promise of the Paris Agreement alive, but also to keep alive the hope of a flourishing future for humanity.

We have heard many commitments in this place.

Words have power, but only when they are manifested into action.

The fate of the planet depends on it.

This story is also available in French and Spanish.