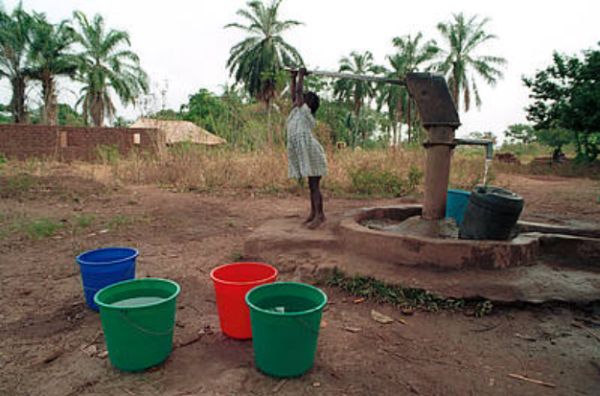 The Ecumenical Water Network (EWN) is an international network of churches and Christian organisations providing materials about the global water crisis and community-based initiatives and coordinating advocacy towards the recognition and implementation of the human right to water.

To raise awareness about World Water Day which takes place on 22nd March each year, EWN has since 2008 been providing weekly resources during Lent pertaining to the issue of water, such as the Seven Weeks for Water.  We share with our readers this outstanding resource that brings together awareness on the complex issue of the human right to water and prayerful resources.

More concretely, we bring the reflection for the 6th week of the Seven Weeks for Water by the Reverend Lucy Wambui Waweru from the Presbyterian Church of East Africa and who currently serves at the Lavington United Church (which is Anglicam, Methodist, and Presbyterian).

Give me water… the living water!

Nipe maji ninywe, maji ya uzima Yesu akasema mmesha yapata…(Give me water to drink, the living water, Jesus said you already have it…), thus goes a famous Swahili song that captures the need and great desire for water in Kenya.  Many are still pleading – give us water; how can we get water?

Degradation of the water catchment areas due to deforestation, land degradation, and industrial activity around such areas has caused untold suffering and had a negative effect on the economy.  The current controversy about the Mau forest – the largest of all water catchment areas in Kenya is just the tip of the iceberg.  Prolonged droughts, outbreak of cholera, and heavy floods are causing deaths and havoc, bringing suffering to many.  Such events raise issues of inaccessibility to clean water, mismanagement of natural resources, ecological degradation, inequalities, sanitation, and poverty.

Against this backdrop, a Presbyterian baptism recently took place of about 80 adults from the Maasai community of Kajiado (a semi-arid area in Kenya).  They were baptized in a man-made pool (actually a “deeper” version of a trough).  Because the rivers are dry, the water for baptism had to be purchased at a cost of 2,000 Kenyan shillings – about US$ 26.  This is quite an investment in an area where people and livestock are dying due to lack of food and water.  Yet the people opted for the water of baptism, rather than buying food or water, and chose also baptism by immersion.  Even for infants, the minister had to be in the water as he baptized though by effusion in those cases.  After the ceremony, the members of the congregation scrambled for the remaining water, dirty as it was, to feed their livestock.

This story represents the reality for many communities.  There seems to be a very strong correlation between the water of baptism and water for daily use.  The water of baptism represents life, the grace of God, renewal and hope.  The yearning of this particular community for baptismal water at whatever cost reflects an equally deep yearning for the provision of water for ordinary use.

In contexts like this, water still remains the vehicle for taking the gospel to the people as well as the solution if their lifestyles are to change.  Urban churches and others that have access to water, and those who still wish to maintain the Jordan river baptism motif, have their churches designed in such a way that there is a pool at the altar that can be opened and filled with water during baptism services.  Others carry out their baptisms in swimming pools, while a majority of mainstream churches are content to carry out baptism by effusion.  When I compare these different practices, it leads me to conclude that the people who thirst most for physical water thirst even more for baptismal water.