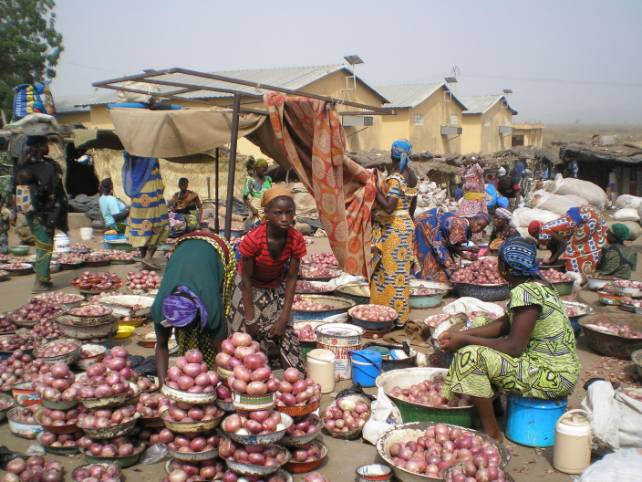 Obviously the situation is more worrying for least developed countries that need to resort to the international market to cover their food deficits and to guarantee food for the population. Higher food prices affect poor households more, as they have to devote a higher percentage of their income to buy food. Around 30-50% of family income may be needed to meet these needs. And with this increase in food costs, social tensions are expected to also increase.

To avoid this situation, some governments decided to increase food purchases abroad, but this move reinforces the trend of rising food prices in international markets. And a price increase automatically attracts speculators.

French President Nicholas Sarkozy recently raised the issue at the annual meeting of the World Economic Forum in Davos, Switzerland last month. President Sarkozy wondered if it was normal that a speculator, in a single transaction, would buy 15% of world cocoa production without paying a penny for the cocoa and “re-sell it without paying for it.” “This is the market?” “Is it normal?”

And he remembered how prices soared through the action of speculators when Russia and Ukraine decided to close its exports. These countries had poor harvests and to avoid domestic shortages, they decided to ban exports. The threat of reduced grain supply brought prices soaring.
Speculation about the shortage of crops is reinforced by the desire of some governments to expand overseas purchases to avoid shortages and social conflict. Saudi Arabia, Indonesia and India have reported in this regard.

Also, areas under cultivation for biofuels are increasing, partly due to the environmental commitments of many developed countries to reduce emissions. All these developments invite assumptions that food markets with high prices will continue for some time.

Finally, and not least, the volatility and negative expectations in financial markets have caused many investment funds to put their eyes on the commodities and see them as “safe assets.”

Unfortunately, when these investors look at something, this automatically triggers price increases that the poor have to pay from a huge proportion of their meager incomes.

But we cannot forget that with these short-term aspects, even if biofuels production will be a long-term factor, there are two aspects that are more structural in nature and will be marking the future of the food products market.

First is the increased demand in China and India as people consume more food products that are of better quality (based on animal protein). This is an emerging trend that will continue to grow.

And secondly, there is the sustained increase in world population. In 1999, there were 6,000 million people living on the planet, and the UN says that we’ll be 7,000 million in 2011, and expected to reach 9,000 million in 2050. Obviously, this is a huge population pressure on food production and consumption.

That the situation is difficult, and will be even more so in the future, is confirmed by the recent report by the UK Government “The Future of Food and Farming: Challenges and choices for global sustainability” which attempts to advance the global food challenges in 40 years.

The solutions are not obvious, and clearly there must be a set of alternatives put into play. Technology will play a key role, as it did in the ‘70s. Improved land management and water will also be essential. Changes in eating habits are much needed and called for, reducing the over-consumption of developed countries and significantly improving poor people’s diets. There is also the larger goal of eradicating the hunger in many poor nations, which, during these times, is inexcusable.
All these elements should be part of a solution, but we should not forget transparency in food markets and, as President Sarkozy suggested, ensuring that food products remain outside the speculative markets. Not a small challenge.