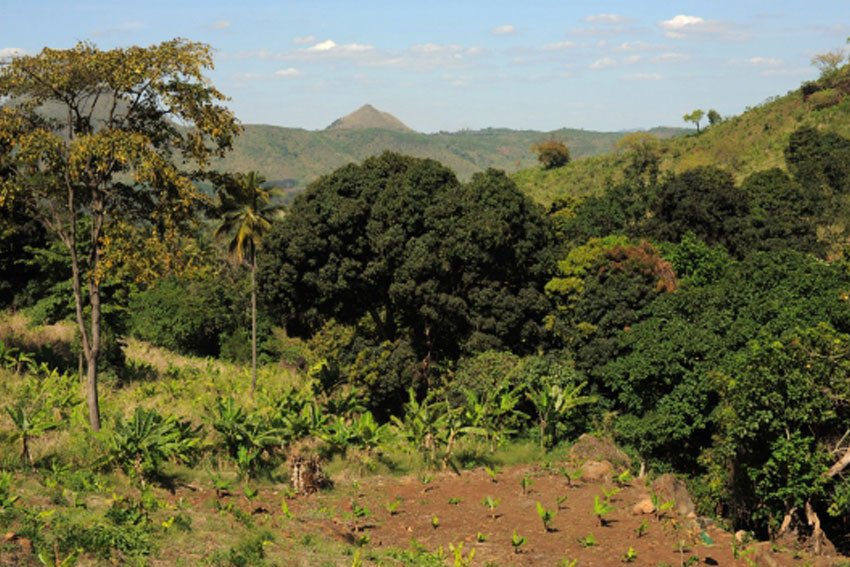 In a special issue of the Journal of Jesuit Studies, we highlight the works of Jesuits vis-à-vis the environment from the perspective of various regions in the hopes of fostering a fruitful cross-cultural conversation that is needed within the Society.

In his discussion of the environmental activities of European Jesuits, José Ignacio García, SJ, chronicles the way the European Conference of the Society of Jesus employs an ecological perspective.  Identifying exemplary figures at the origins of the Society who made helpful contributions to the natural sciences either as educators in schools or as missionaries, García elaborates how these early Jesuits were also active participants in various scientific fields, such as botany, entomology, astronomy, meteorology, and geography.  Turning his focus towards the later Society – that is to say, after the suppression – García also explains how twentieth-century Jesuits became engaged in agricultural education, specifically in France and Spain, by establishing reputable institutions that were rooted in the nearby farming environs, such educational entrepreneurs who also assisted in the development of new forms of agronomy, energy development, and new types of environmental activism.

In his reflection of his own itinerary from being a Jesuit novice and scholastic in the United States to now serving as a missionary in Uganda, James Strzok, SJ provides a comprehensive account of the environmental projects of the Jesuits in East Africa.  In these circumstances, where the consequences of climate change are being encountered immediately in the form of droughts, Strzok himself provides an exemplary approach to such precarious conditions, having applied sound environmental practices while designing and constructing educational buildings and also leading the Jesuits of this region to be among the first to install solar water heating systems.  Other energy innovations from this case include the exploitation of geothermal heat from borehole water as a means of heating buildings, as well as solar energy to operate water pumps and for lighting and powering computers.  Bio-latrines, as he explains, are even being constructed with an aim to use methane gas for cooking.  Moreover, such ecological projects also serve as an exhibition of best practices and inspiration for the broader Tanzanian public and a possible source of collaboration.  Strzok demonstrates an ecological manner of proceeding that is integrated with a sense of justice and solidarity toward the most vulnerable.

Still another Jesuit perspective – this one from Jesuit Conference Asia Pacific (JCAP) – Pedro Walpole, SJ emphasizes that an ethical stance of environmental justice should also highlight the communal and longitudinal threats to a region’s welfare.  Based in the Philippines, but deeply familiar with the regional challenges that Asia-Pacific confronts in the form of climatic hazards, especially typhoons, he elaborates upon the ways that the Jesuit network is facilitating and aiming for greater interoperability with both government agencies and local communities in the countries that the Jesuits of JCAP inhabit.  The growing response to natural disasters and calamities, and the coordinated activities to mitigate disasters, has fostered a lively dialogue on sustainability science and values that should be developed at the grassroots, university, and governmental levels.  The Jesuits of this region, as Walpole observes, are able to leverage their organizational strength to enhance these areas of focus.

As for the environmental works of Jesuits in India and Sri Lanka, Savarimuthu Ignacimuthu, SJ discusses how that region’s conference related the doctrine of creation to environmental awareness and advocacy at the public level.  This article provides a sort of biographical directory of South Asian Jesuits with specific reference to the ecological aspects of their missions.  Many are involved in smaller projects, such as the provision of solar cookers to small households, the local development of watershed programs, the supply of safe drinking water, preventive measures to limit deforestation, planting trees, micro-propagating rare and endangered plants, the preservation of biodiversity, the promotion of sustainable agriculture and organic farming – to name a few.  Many of the Jesuits in South Asia, working along these lines, also have recognition and awards for their environmental work.

In a very different context, exploring the ecological initiatives that the Society in the United States generated, Ken Homan, SJ suggests that American Jesuits in many respects have failed to honour the call for ecological conversion.  While enumerating how the Jesuits and their institutions in the US responded to the call of Laudato si’, Homan discusses the significance of investment responsibility, environmental stewardship, reducing ecological footprints through a lens of integral ecology.  He provides helpful examples of improving the conditions of the natural world by Jesuit institutions, both in secondary and higher education.  Still there is a profound degree of comfort and complicity on the part of Jesuits in the US, and so he proposes an ecological examen that may illuminate new ways forward and enable this kind of cultural shift. Finally, Sergio Coronado Delgado, addressing the works of Jesuit social centres in Latin America  and especially their advocacy, emphasizes how this form of social apostolate operates in a mode of accompaniment with vulnerable rural communities.  In Latin America, where environmental injustice tends to revolve around mining issues, Delgado exemplifies an approach that frames environmental justice as a basic concern for social justice.  Coronado illustrates, with specific cases, how these centres continue to play a supportive role for such causes through campaigns of knowledge-building “from below” that includes and empowers local leaders.

This special issue of the Journal of Jesuit Studies offers a series of articles on the environmental activities of Jesuits while reflecting upon the capability of the Society and its institutions to care for our common home.  It is our hope that these accounts may be a source of motivation for others towards the goal of environmental justice.  Indeed, reconciliation and living in harmony with creation could become a spiritual path that encompasses the fullness of life, “so that God may be all in all” (1 Corinthians 15:28).

This article is an excerpt from General Introduction  by Savarimuthu Ignacimuthu, SJ in the Journal of Jesuit Studies, Volume 3, Issue 4, 2016, pages 553-561.