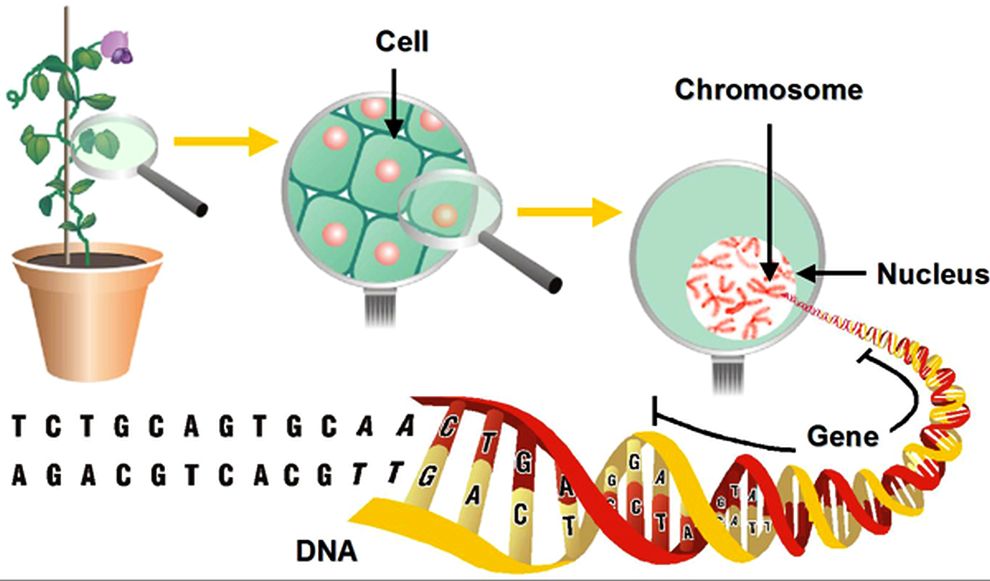 Genetically modified organisms or GMOs are formed by transferring genetic information and are not possible to be formed naturally. This includes the transfer of genes between taxonomically remote groups such as bacteria and animals or plants and animals.

The methods used are varied and include modified natural vectors (i.e. viruses, bacterial plasmids) and the bombing of the cell nuclei with heavy metal nanoparticles covered with genetic material. All cases include an important factor of chance on the point of insertion of the gene into the host genome. Most GMO crops have a gene that makes them resistant to the herbicide glyphosate such as soya and maize. Others carry a gene that makes the plant itself a potent insecticide factory of bacterial origin such as corn and cotton.

A cursory look can make one believe that this does not introduce significant developments regarding the improvement done for centuries in plants and domesticated animals. Surprisingly, it was this superficial outlook, and not deeper studies, that led to the creation in 1992 of the so-called “principle of substantial equivalence” by the US Food and Drug Administration.

This principle governed, and still governs almost worldwide, how to consider GMOs. In the US, it requires that food labels indicate whether or not they contain GMOs. Almost since its inception, the principle of substantial equivalence was discussed1 and later disqualified by the results of numerous scientific studies such as:

1. Studies in transgenic potatoes conducted in the most respected European centre of research on nutrition in Scotland concluded that it was not the particular gene introduced that created the tumour that grew in the digestive tract of the tested rats, but rather it was an outcome of the transgenic technique.2 These results also ended the career of the then renowned scientist who signed the work. A more recent study conducted through the Committee for Research & Independent Information on Genetic Engineering (CRIIGEN) by a team from the University of Caen in France studied the effect of transgenic maize NK603, glyphosate tolerant, with similar results.3

2. The cross-contamination of non-GM crops by the genes of GMOs was extensively documented. One of the pioneering studies conducted by the University of Berkeley in California concluded that 100% of lines sampled of native maize in Mexico contain traces of GM maize.4

3. The formation of super-weeds resistant to herbicide, either by excessive use of the same kind of herbicide or by gene transfer through the soil matrix, is being thoroughly documented. Among the best known is that of Amaranthus palmeri, a weed that became resistant to glyphosate and spread alarmingly among soybean plantations in the US Midwest.5

4. Glyphosate-resistant GMOs encourage the indiscriminate use of this herbicide, as evidenced by a recent study comparing the evolution of its use in the US and Central Europe in the last 50 years.6 This active product is sold as harmless, however it was shown that it causes major problems in cell division processes that are the roots of the formation of cancerous tumors7 as well as its relationship with Parkinson’s disease and other neurodegenerative diseases.8

GMOs are synthesised and developed in a very specific context: that of a high-input agriculture. This type of agriculture has sociological, economic, and environmental consequences that are not discussed here but can be summarized as environmental degeneration by erosion and deforestation, loss of soil fertility, and of natural balances in agro ecosystems; social destructuration through the desertification of the agricultural environment, and the energetic dependence on oil.

In addition, the growing technological and economic power and political influence of firms capable of these developments has become a problem itself, determining how farmers should act in ways never seen before.

The defence of “intellectual property” has allowed the approval of patents of GM crops, which has the consequence that once a farmer signs a contract, he is prevented from replanting seeds obtained. A “police force of genes” has been established that can enter farms to monitor compliance, and even a system of relations between neighbors that greatly spoil the social relationships in rural areas.9

The enormous power of these corporations allows them to influence the regulation of the seeds market in their favour, especially in ensuring that the systems for monitoring and analysing the possible collateral damage are on their side. As a result, only 10 companies control more than 60% of the seeds that are planted all over the world and it is obvious that their expectation is to get full control over every seed that is planted on the planet. This dark picture disqualifies the claim of these companies to showing itself as the key to the fight against world hunger.

The transgenic techniques were born 30 years ago full of promises and possibilities. Early developments, such as the massive and inexpensive production of human insulin by transferring the corresponding gene to a bacterium, gave the industry the benefit of the confidence that the application of transgenic techniques would always bring good consequences. That confidence has been belied by the facts, and today it is not difficult to find technicians and scientists who see these companies, and their developments, as part of the problem rather than the solution.

Editor’s note: This article was originally published in Spanish in Nueva Agricultura and the author shared this with Ecojesuit, along with its English translation.