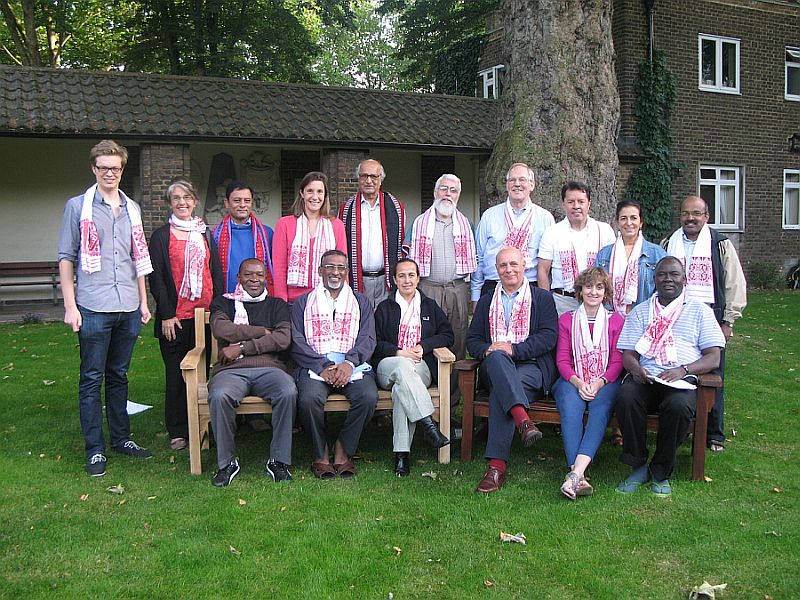 Throughout the world, many communities are struggling to deal with the consequences of extraction and exploitation of natural and mineral resources.  The problems that poor and marginalised communities often face include the loss of lands on which their livelihoods depend, with little or no compensation, environmental degradation, health related impacts, and conflict and division amongst community members surrounding the governance of natural and mineral resources.

Whilst it is often discrete communities that bear the consequences of resource extraction, this issue is by no means a local one.  It’s not just that a definable community loses its land, the issue of resource extraction also involves local governments, how the benefits are used, and other factors not just limited to local context.  The problem doesn’t stop there because many other questions are raised.

Extractive industries operate on a global level and form a significant role in an increasingly globalised economy.  The benefits and detrimental effects of resource extraction can be felt at a global, national and local level.  This interconnectedness increasingly necessitates a response to these issues that works across all levels from local communities through to international institutions.

The nature and form of an interconnected response to the issues of mineral and natural resource extraction was discussed at a recent meeting of the Global Ignatian Advocacy Network on the Governance of Natural and Mineral Resources (GIAN GNMR).  Representatives from all six conferences of the Society of Jesus gathered together for a week in London from 3 to 8 September to reflect on the impact of resource extraction on communities and to discern how members and institutions within the Society might work together in advocating for equity and justice.

Reflecting on the issues faced by the communities that members of the Society engage with, it became clear that regardless of location, there are commonalities in the problems faced.  In Africa and Latin America, the benefits of resource extraction are not always equitably distributed, with wealthy and powerful interests benefitting, whilst impoverished communities are left with very little and must face consequences that are detrimental to their wellbeing, such as contamination of land and negative impacts upon health.  In South Asia and the Asia Pacific, we see how mineral extraction impacts upon indigenous communities.  Cultural ties to the land and sustainable land use are interrupted and replaced with cycles of displacement and conflict.  In the countries of North America and Europe, Jesuit institutions undertake the difficult task of engaging members of the public and decision makers in conversation on an issue whose distant impacts are often neglected.  A major challenge is raising public awareness of the impact that consumer lifestyles have on other people and communities that can drive resource extraction.

Through reflection on these issues, it became clear to those present that the problems we see demand action at many different levels, from the local to the international.  This corresponds with the recognition in GC 35 that the rapidly globalising world has increased our interconnectedness at a range of levels.  We can see this through the manner in which the consumption habits of people throughout the developed world and emerging economies drive a process of resource extraction that affect countless communities in a wide range of ways.

Recognising this, the GIAN GNMR gathering in London discussed ways that different individuals, institutions, and regions of the society might work together in advocating for environmental and social justice, particularly for the poor and marginalised.  Clearly, the challenges of speaking up for the dispossessed, the poor, and the marginalised in the face of vested interests means that this work will be difficult and progress towards justice requires time and effort.

Despite the complexity and many challenges that this issue presents, members of the GIAN GNMR were able to take heart from the common way of proceeding that binds us and guides our work.  Across the globe, members of the Society of Jesus and Jesuit institutions seek to discern just and equitable paths in what are often challenging, complex, and even dangerous environments.  We stand in solidarity with the poor and most vulnerable.  And finally, drawing from our Ignatian tradition, we recognise that each and every human being has a right to life with dignity and our efforts are directed towards this.

Michael Livingstone is the Research, Policy and Media Officer of Jesuit Social Services in Australia and joined the GIAN GNMR meeting in London.  He can be reached through his email Michael.Livingstone(at)jss.org.au.

One thought on “Governance of natural and mineral resources”