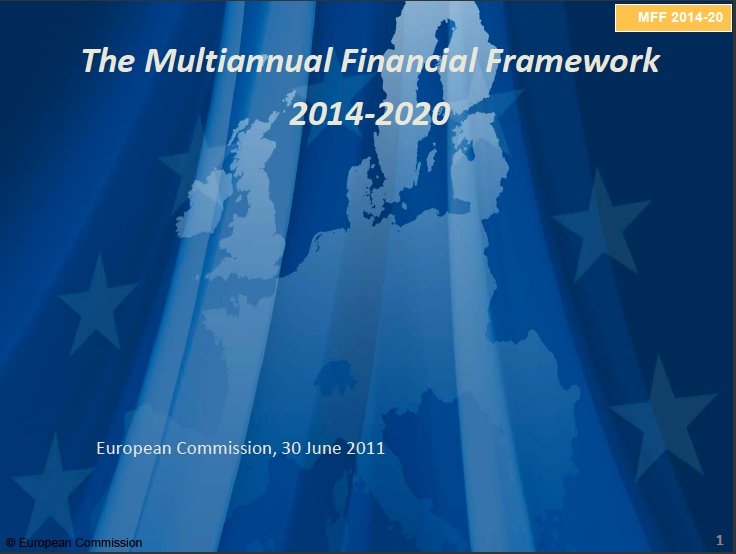 The European Commission (EC) is in the midst of the negotiations for the new budget that will cover the period 2014 to 2020 and one of the most interesting proposals is to devote at least 20% of the €1 trillion budget to climate-related actions.  Behind this move is the well-known and strong personality, Connie Hedegaard, the first ever Commissioner for Climate Action in the European Union (EU).  Commissioner Hedegaard fought strongly with her commissioner colleagues to get this substantial budget allocation , but she was not alone as she found strong support from EC president José Manuel Barroso.

This proposal wants to put the EU budget at the service of the EU 2020 strategy, designed to promote prosperity and grant competitiveness for the EU in the new global context.  This strategy includes the EU’s self-imposed targets to combat climate change, the famous 20-20-20 (20% improvement in emission cuts, renewable supply and energy efficiency), framed in a major road map for a low-carbon economy by 2050.

Currently, there is no quantified target for climate change, with an estimated 5% shift of related activities in the EU, indicating the magnitude of the shift that needs to be done.  It is also true that not all the initiatives will be totally new as many activities will come under other the rubric of the cohesion funds or the Common Agriculture Policy (CAP).  But it will still be possible to identify them as part of the broad strategy towards a more sustainable economy.

An important question to be clarified is how much of this budget will be used in decarbonisation and analysts fear that investments will be diverted towards major gas pipelines, instead of building up capacities for high-voltage electricity lines that will integrate renewables and smart grid projects.  A good signal though is that the new rules for the European Regional Development Fund will require rich member states to allocate 20% of their allocation to energy efficiency and renewables, while poor member states will have to add only 6%.  This is critical for central and Eastern European states who are encouraged to modernize their energy structures along the road to decarbonisation.

Technology is a pillar in the new low-carbon horizon and one of the goals of the EU’s 2020 strategy is that research and development (R&D) reaches 3% of GDP.  This is a major target to ensure EU competitiveness and quality of life standards.  The research on clean energies, climate-related activities, the development and deployment of low-carbon technologies and related issues, will be covered under the Strategic Energy Technology Plan.  The new budget proposal is looking for €6.5 billion set aside for all non-nuclear energy R&D.

The discussions for the new budget are ongoing until the EC submits a final proposal by the end of 2012.  Undoubtedly, the proposal will undergo revisions as member states attempt to reduce the overall budget and minimize potential risks that will constrain economic activities.  But the persistence and courage of the Commission are recognized as it continuously seeks coherence of EU strategies designed in the last few years, strategies that appropriately respond to challenges faced and the means necessary to implement.  This coherence is crucial in politics and the budget is a most appropriate tool to bear this out.