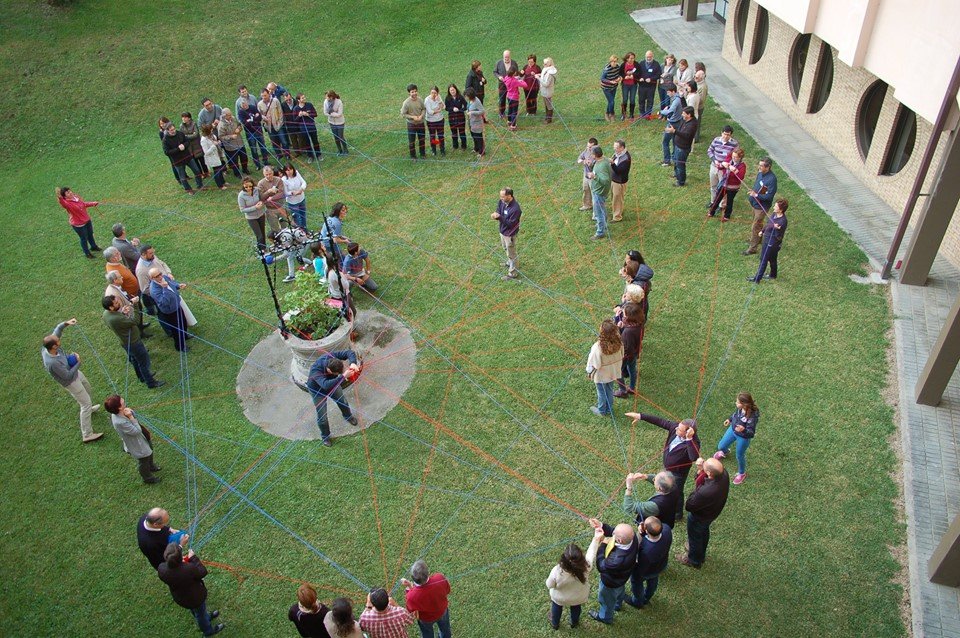 In his first homily as Pope, on 24 April 2005, Benedict XVI said: “The external deserts in the world are growing, because the internal deserts have become so vast. Therefore the earth’s treasures no longer serve to build God’s garden for all to live in, but they have been made to serve the powers of exploitation and destruction. The Church as a whole and all her Pastors, like Christ, must set out to lead people out of the desert, towards the place of life, towards friendship with the Son of God, towards the One who gives us life, and life in abundance.”

Eight years later, on 7 April 2013, just named Pope Francis said something similar: “We are the guardians of creation, the plan of God inscribed in nature, the custodians of each other, and of the environment. Do not let the signs of destruction and death accompany the journey of our world! But in ‘guarding’ we must also look to ourselves.”

Both Benedict and Francis, as John Paul II before them, have encouraged Christians to walk as a community and care for human life and creation. Human and natural ecology go together, they insist. Caring for creation is an integral part of the Christian vocation, it is part of our being “custodians,” as Pope Francis likes to say.

For these reasons, care of the environment cannot be fed only by politics, economics, and technical solid arguments. Care of creation requires a constant spiritual renovation. The invitation to become custodians of creation is an invitation to care for our own lives, for our inner life. And this is where spirituality, for believers, becomes a central issue in the environmental debate. We need a spirituality of resistance to tackle the difficulties and complexity of the problems and a spirituality of thanksgiving to celebrate constantly and everywhere the gift of Life.

Unless ecology becomes part of our spirituality, our prayers, and our celebrations, it will not play an important role in our lives. Father Adolfo Nicolas, the Superior General of the Society of Jesus, has insisted on the importance of depth and silence in our apostolic life. Silence, apparently a waste of time in our busy world, becomes the source of vitality in our mission. As Father Nicolas says, it’s not only about “doing silence” but rather “becoming silence.”

Paraphrasing Father Nicolas, we can say: it is not enough that we are informed and aware of the main ecological issues, but rather we should make them part of our inner life.

The prayer materials have five sections: two reflection documents and three guided prayers. We hope Jesuits and members of the Ignatian family can make use of these materials, reflecting, debating and praying with them, to help us become better custodians of life on Earth.

The Ignatian reflection and prayer materials (in Spanish) can be viewed and downloaded here.