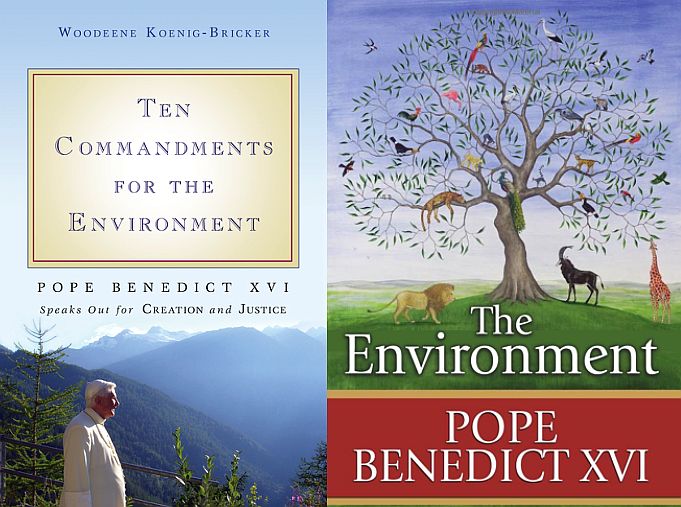 The legacy for which Pope Benedict XVI will be remembered will undoubtedly include his attentiveness to ecological and environmental problems.  So far it had been a minor issue in the teaching of the Catholic Church but under Benedict XVI, it has become a central issue owing to his moral and theological reflection on the topic.

In fact, Pope Benedict’s initiatives extend beyond his writings: the Vatican State is neutral in CO2 emissions, with the 1,000 inhabitants of the small Vatican State, which has an area of a square mile, managing to neutralise their CO2 emissions by planting a forest in Hungary and by installing solar panels on the Paul VI Hall, the venue of the audiences with the Pope.  In a sense, the Pope aimed to achieve an end for which we all strive in ecology: to achieve parity between our speech and our actions, however big or small they may be.

Pope Benedict XVI spoke several times about the issue and I would emphasise, by way of headlines, some of the fundamental features of his thinking on ecology.

“Nature expresses a design of love and truth.”  This is a very important argument for Pope Benedict XVI and it is a starting point from which to deduce all the other arguments.  We recognise that this love, this will of God, is prior to us and it is received by us as a gift.  Nature, received as a gift from the Creator, discloses the ‘grammatical rules’ by which we learn the criteria to interact with nature (the ‘language’) whilst also highlighting the telos of nature.

From this perspective, the human, economic and social development of nations should be governed by solidarity and inter-generational justice1, the loving design dignifies the life of all men and women and imbues all with a respect for creation.  To abuse nature is to act against the will of God.

“The book of nature is one and indivisible.”  This statement is a challenge to our understanding of life.  We cannot understand it only as individuals, nor is sufficient to do so only collectively, as a human group; it would not be enough only to read the book of life in its entirety.  Human life must exist in relationship with the environment in which it occurs.  It is in fact in relationship with other beings present within that very environment and to think that human life is possible regardless of the environment and other living beings is an idolatry of man.  The respect for the integrity of creation becomes the big challenge for us believers.

“If you want to cultivate peace, protect creation.”  This was the title of the message to celebrate the World Day of Peace on 1st January 20101.  For Benedict XVI, peace is the desired result that should govern relations among peoples, but in order to be real and lasting it needs to include care of creation.  The environment has become a source of suffering for millions of people, with floods and droughts, water pollution, destruction of forests and fisheries, desertification, and even the construction of large dams forcing millions of people to leave their homes or to live under permanent threat.  The benefit from the exploitation of natural resources, minerals, oil and gas in many places has not been put to the service of the local population but to favor local elites and multinational corporations.  What is worse is that wealth has often served to fund conflicts.  In a broader horizon, the effects of climate change highlight how uncontrolled and excessive human action has become the first element of risk to humanity itself.  If we truly want peace, we have to put the wealth of natural resources at the service of the poor, and if we want a lasting peace we must ensure the protection of the environment.

“Faith in the Creator Spirit.”  God’s action does not end with his initiative as He remains and accompanies creation.  The Holy Spirit becomes the protector of our efforts that the gift of creation be cared for as it deserves.  For Benedict XVI, “the Church cannot and should not limit itself to transmitting to its faithful only the message of salvation.  It has a responsibility towards creation and should fulfill this responsibility in public.  In doing so, it must defend not only the earth, the water and the air as gifts of creation that belong to everyone.  It should also protect man from the destruction of himself.”2  The whole creation is groaning, indeed we feel it, almost hear it3, and it is waiting for humans to protect it jointly with our God.  The Creator Spirit allows us to recognize that God is God of all creation: of course of human beings, but also of nature.  God’s redemption extends to all creation, not just to one part.

For Pope Benedict XVI, environmental responsibility is not a fashion or a matter of ideological confrontation, but a serious problem of our time that demands the response of the Church to raise awareness and to call for responsibility.  It’s not just a technical problem, it is a way of seeing the world and the place of human beings in it.  For Benedict XVI, peace between humans, authentic development, and social justice will only be possible if we consider the impact of our actions on the environment and we look to preserve the integrity of creation.

One thought on “If you want peace, protect creation”